The monk gave the fossil to a lama at a nearby Buddhist monastery, who passed it on to university researchers. 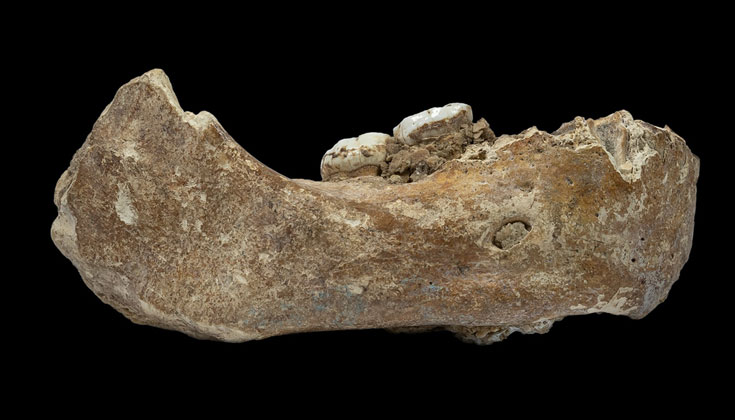 Thirty-nine years ago, a Buddhist monk entered a remote cave to pray and meditate. Inside the cave, he found a half of a human jawbone. Yesterday, that jawbone rocked the scientific world. An analysis of the mandible, published in the journal Nature, revealed that it belonged to a Denisovan — a group of archaic humans, related to Neanderthals — who lived 160,000 years ago. The mandible is simultaneously the largest Denisovan fossil ever found and the only one found outside of a particular cave in Siberia, 1,000 miles away.

The cave where the fossil was discovered, Baishiya Karst Cave, is a holy site, popular among worshippers and tourists. When the monk found the bone, he recognized that it wasn’t a normal human jawbone, and thought it seemed “half-bone, half-stone.” Because it felt special, he gave it to the Sixth Gungtang Lama, an important teacher at the nearby Labrang Monastery, which is one of the six great monasteries of the Gelug School of Tibetan Buddhism. Gungtang Lama was the former abbot of Labrang and had just been released after 21 years of Chinese imprisonment. Gungthang Lama passed the bone on to scientists at Lanzhou University. In 2010, archeologists undertook a study of the bone and discovered that it belonged to a Denisovan. 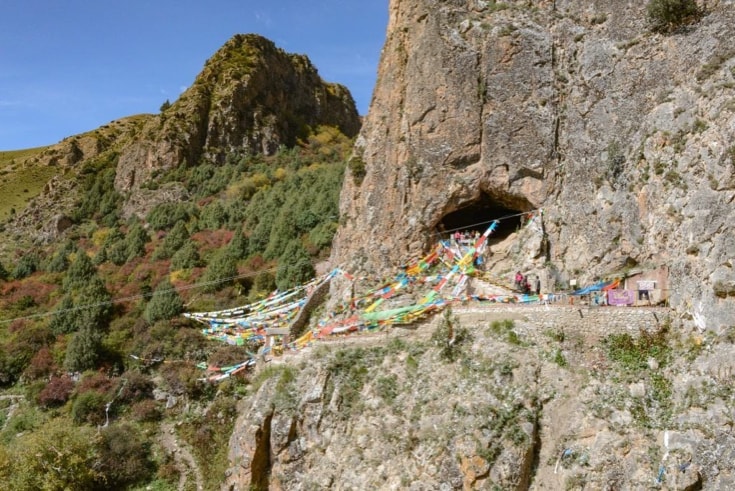 Scientists know very little about the Denisovans. These ancient humans are thought to have gone extinct 50,000 years ago, and their existence only became known in 2010. They were the first human subspecies identified solely through genetic analysis, rather than through physical remains. To date, only a handful of Denisovan fossils have been found, literally — they are few enough to fit in a cereal bowl. They include teeth, a bit of skull, bone fragments, and a piece of a finger.

Scientists established that Denisovans interbred with Homo Sapiens. Some people today have as much as 5% Denisovan DNA. Research has found that Tibetans likely inherited a gene from Denisovans that helped them survive at high altitudes. Having discovered the jawbone — 10,000 feet up on the Tibetan plateau — scientists now have a better idea of why the Denisovans would have carried that gene.