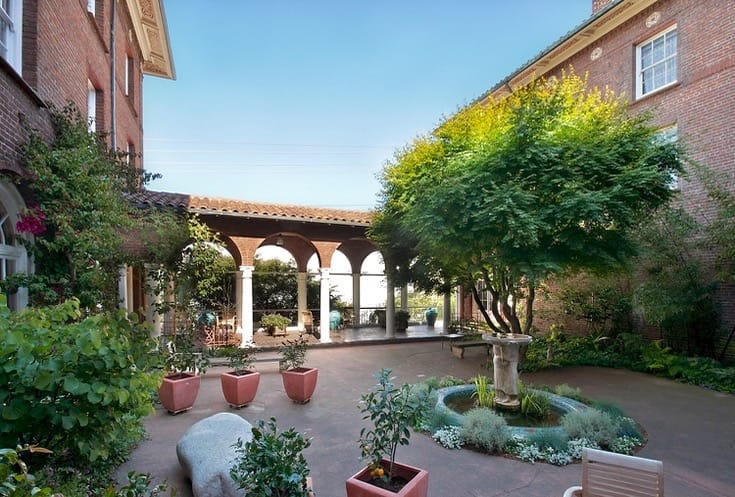 San Francisco Zen Center is one of the oldest and largest Buddhist communities in the United States. It is part of the Soto school of Zen and has produced many of America’s leading Buddhist teachers and writers, such as Sojun Mel Weitsman, Zoketsu Norman Fischer, the late Blanche Hartman, and Tenshin Reb Anderson.

San Francisco Zen Center, often just called “Zen Center,” was founded in 1962 by Shunryu Suzuki Roshi, author of the classic Zen Mind, Beginner’s Mind. Originally it served the Japanese American community in San Francisco, but as Suzuki Roshi’s teachings attracted more and more 1960s spiritual seekers, it evolved into one of the first and most important “convert” Buddhist communities in the U.S.

SFZC’s name is a bit of a misnomer: today it encompasses three separate Buddhist centers in Northern California and affiliate groups around the country.

The original practice center, Beginner’s Mind Temple, is located in the heart of San Francisco. In addition to daily zazen sittings, students can do two-to-six-week residencies, and those looking for longer-term Zen training can join the 45-65 full-time residents or enter the two-year work apprenticeship program.

At Green Gulch Farm Zen Center, ten miles north of San Francisco, students can study, meditate, and apprentice in the famed gardens. Further south, in a remote part of the Ventana Wilderness, is the Tassajara Zen Mountain Center, founded in 1969 as the first Zen training center in the West. It offers monastic training in the fall and winter, and in summer the former spa is open to guests.

SFZC has more than seventy affiliate groups around the country and in Canada, Mexico, and Europe where one can practice Zen in the Suzuki Roshi tradition (branchingstreams.sfzc.org).