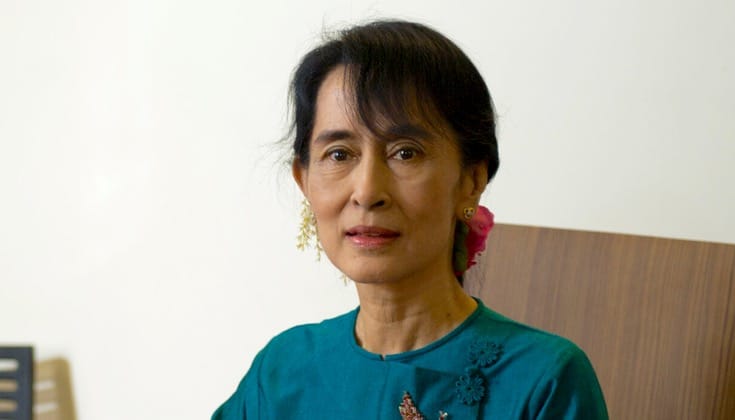 Canada’s House of Commons passed a unanimous motion to revoke Aung San Suu Kyi’s honorary citizenship in light of her unwillingness to condemn Myanmar military officials for acts of genocide against the Rohingya.

As the state counsellor of Myanmar, Suu Kyi has been criticized for not publicly denouncing the ethnic-cleansing efforts that forced more than 750,000 Rohingya people to flee to refugee camps in Bangladesh. Once hailed a hero and awarded the Nobel Peace Prize, Suu Kyi was criticized last month by the United Nations Human Rights Council for her passive role throughout the last year.

The UN recently released a report that accused Myanmar’s military of committing acts of genocide after discovering evidence of murder, imprisonment, rape, sexual violence, persecution, enslavement, torture, and enforced disappearance. Last year, Suu Kyi claimed that the reports of violence against the Rohingya were based on misinformation.

Canada offers honorary citizenship as a symbolic title, but it doesn’t offer any tangible, legal benefits, such as a Canadian passport. Suu Kyi was approved for the honorary citizenship in 2007. Only six people have been granted this honor, and Suu Kyi is the first to have the title removed.

“Whether she has citizenship or not, it doesn’t help the Rohingya in any degree,” Canadian Prime Minister Justin Trudeau told CBC. “Parliament granted her citizenship, Parliament can take it away. But we’re focused on helping the millions of people who are suffering either in place or as refugees.”