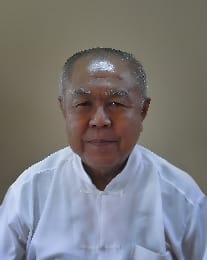 The Niwano Peace Foundation announced today that it will be giving this year’s peace prize to “engaged buddhist” Sulak Sivaraksa.

Established in 1983, the Niwano Peace Prize was created to honor people who are working to promote peace through interreligious cooperation.

Sivaraksa’s lifelong work has been motivated by a commitment to the “engaged buddhism” movement.  In outlining the reasons for selecting Sivaraksa as this year’s award recipient, the foundation describes him as ” a remarkable and multifaceted Buddhist leader whose work for peace is exemplified by courage, determination, imagination, and the constant inspiration of the core principles of his Buddhist faith. Sulak has helped to change the views of political leaders, scholars, and young people, in Thailand, Asia, and the world, encouraging a new understanding of peace, democracy, and development. He challenges accepted approaches that fail to give priority to poor citizens, men and women alike. He has, over a lifetime of dedicated service and unflagging commitment, given new life to ancient Buddhist teachings about nonviolence and about peace and justice.”

For more information on the Niwano Peace Foundation and on Sulak Sivaraksa’s work, visit the foundation’s website.