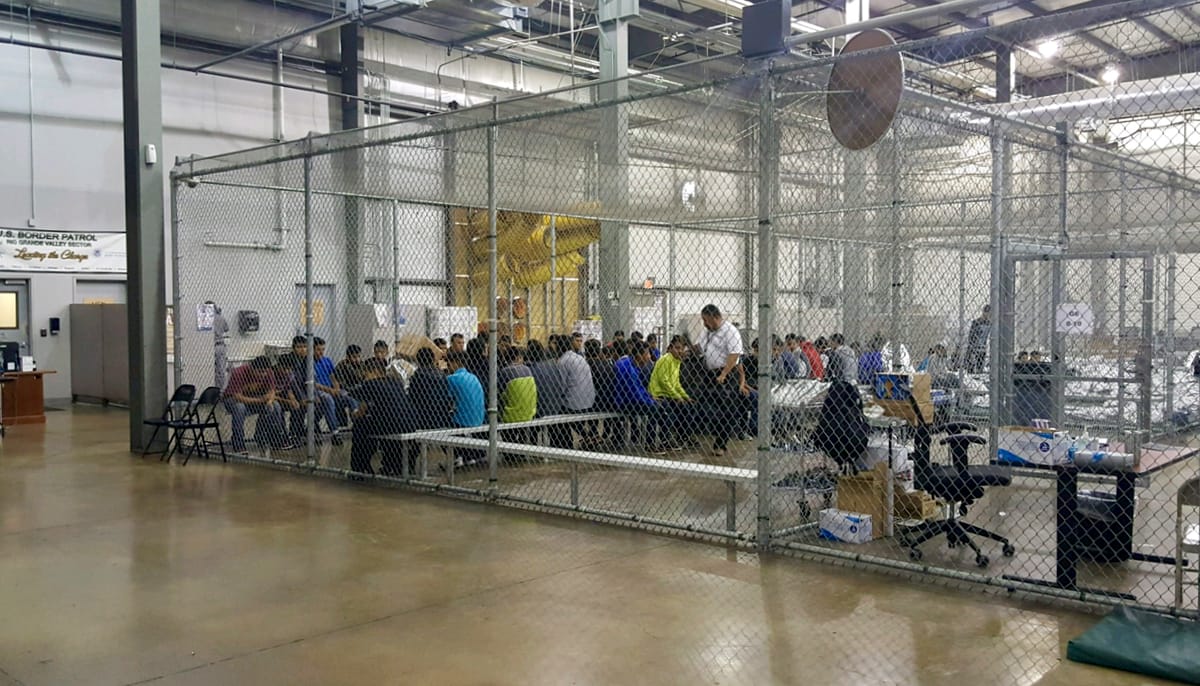 Approximately 2,000 children remain separated from their parents at the US-Mexico border.

On Friday, more than 300 Buddhist teachers, leaders, and practitioners across traditions sent out a letter addressing the U.S. Customs and Border Protection’s zero-tolerance immigration policy and asked for all separated immigrant families to be reunited.

“We stand with leaders of other faith traditions in expressing that the policy of separating children from parents was morally wrong and lacking in compassion,” the letter reads.

The letter, drafted by Buddhist teacher Lorne Ladner, urges the US against creating a policy to intern immigrant families, comparing such a policy to the internment camps that imprisoned Japanese-Americans during the Second World War.

“The initial impetus for writing the letter came from seeing images on news reports and from hearing the sounds of young children taken from their parents,” said Ladner. “When one’s own government is causing that suffering, to remain silent would be shameful.”

Last week Trump signed an executive order ending the separation of families entering the U.S. illegally. While the zero-tolerance policy remains in effect, US Customs and Border Protection is no longer referring migrant parents illegally crossing the Mexico border for prosecution.

On June 18, the Soto Zen Buddhist Association released a letter, signed by 200 Buddhist teachers from across traditions, calling for an end to the government’s practice of separating children from their parents. Buddhist have been involved in many other protests, statements, and direct actions related to the government’s zero-tolerance immigration policy.

On Wednesday, a federal judge in California blocked the Trump administration from separating immigrant families at the border, ordering that those who were separated be reunited within 30 days.

The full letter is included below:

We, the undersigned Buddhist teachers, practitioners, and organizational leaders, while recognizing the small step taken by the signing of an executive order to stop new separations of children of color from their parents at the southern border, are today expressing our ongoing, serious concerns.  We stand with leaders of other faith traditions in expressing that the policy of separating children from parents was morally wrong and lacking in compassion.  While much damage has already been done by this policy, we urge you take steps immediately to reunify the children with their parents.  We also urge you not to construct a policy that creates new trauma by creating internment camps for full families like those that many Japanese-American Buddhists were imprisoned within during World War II.

Like other great faith traditions, our Buddhist tradition places a great emphasis on the practices of love and compassion.  A genuine practice of compassion is engaged in without bias.  Though individuals may differ in terms of culture, race, language or gender, we are all the same in wanting to be happy and not wanting to suffer.  And those children currently separated from their parents are the same as any other children in wanting their parents’ love, affection and guidance.  Recognizing this truth—how we are all the same in these fundamental ways—makes the continuation of the suffering these children are experiencing due to the former policy intolerable.  Also, in terms of children learning compassion, the bonds of loving kindness between parents and children is the very ground in which it grows.  The forcible separation of children from their parents and keeping them in detention centers has no doubt traumatized these children, interrupting their development, and thereby creating lasting negative effects on them and those around them.  Again, when one contemplates the truth of this, the continued separation of these children from their parents is intolerable.  When we as adults become insensitive to the plight of innocent children who land in situations beyond their control, we are also incrementally destroying our own humanity.

Creating internment camps for families to be held for indefinite periods of time is another way of creating trauma and pain and would be another policy devoid of compassion.  It would also be a repetition of a mistake made during World War II when many Japanese-American Buddhists and Christians were held indefinitely in such camps.  Overall, a policy of “zero tolerance” will always be problematic.  As a nation of immigrants and diversity, we need tolerance.  It is in tolerance that we find our human connections, compassion and wisdom.

So, it is with minds focused not only on the welfare of those children and families at the southern border but also on the welfare of our nation’s leaders and all our citizens that we urge you to immediately reunite these children with their parents and to institute a policy which includes tolerance and compassion.

Ven. Amy Miller, Buddhist Nun and Touring Teacher, The Foundation for the Preservation of the Mahayana Tradition, Philadelphia, PA

Amy Hertz, Jewel Heart Instructor and board member, Publisher of the Dalai Lama’s Ethics for a New Millennium and Universe in a Single Atom

Venerable Gyalten Palmo, Buddhism Teacher, Foundation for the Preservation of the Mahayana Tradition

Robyn Brentano, Trustee, Foundation for the Development of Compassion and Wisdom

Venerable Gyalten Palmo, Buddhism Teacher, Foundation for the Preservation of the Mahayana Tradition

Larisa Wahler ( Venerable Lozang Yönten), Buddhist nun and teacher for the Foundation for the Preservation of the Mahāyāna Tradition

Nan and Allen Witaker-Emrich, Teacher from Zen Community of Oregon