The classic Zen concept of “beginner’s mind” is finding popularity in American business circles. Minh Do looks at what that means for Buddhism. 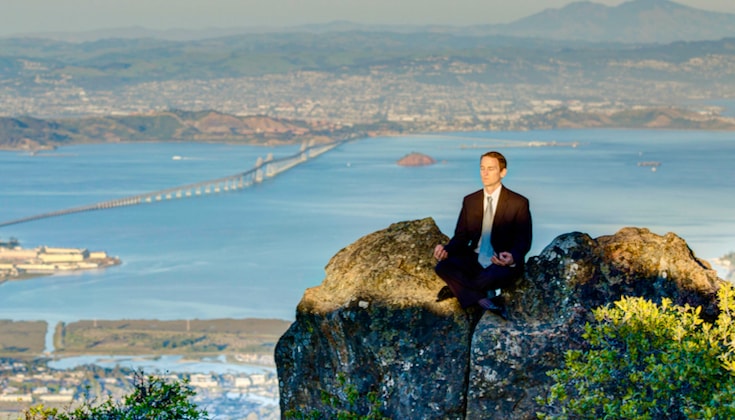 “Zen” — a Japanese word that comes from the Sanskrit dhyana, meaning “contemplation” or “meditation” — has morphed in colloquial American English to mean everything from “monk-like calm” to “smooth as Michael Jordan.” And just as Zen has become a commonplace term, a new phrase is entering the fray: “beginner’s mind.” Steve Jobs, a longtime Zen practitioner, was a fan of the concept. And now Marc Benioff, founder of Salesforce, has implemented beginner’s mind as part of his company culture. Now that beginner’s mind is no longer an alien concept, it is proliferating across Buddhist circles.

For whatever reason, in the past decade, it has become fashionable for business people, especially of the tech variety, to tout mindfulness and secular tenets of Buddhism. And it’s not surprising why. There’s the proximity of Silicon Valley to California’s larger hippie and “secular spiritual” movement, and then, of course, Burning Man, where a percentage of the tech elites filter out every year to get in touch with themselves, have fun, and remember what it is to go wild.

See also: How to Cultivate Your Beginner’s Mind

Corporations like Google and Facebook now have meditation rooms in their offices, made palatable by the encouraging science around meditation. Recent scientific studies, led especially by people like Daniel Goleman and the Dalai Lama, have contributed to the secularization or even “science-ization” of Buddhism.

If you look at the history of Buddhism, its recent uptake in business and science circles isn’t anything new. When Buddhism came to China, the meeting spawned a series of rebirths of Buddhism in the form of Tien Tai, Ch’an, and Pure Land — and subsequent flowerings of Confucianism and Taoism. What we’re seeing today is a flowering of Buddhism in two aspects that heavily dominate American society: science and business. Tech just happens to be the most experimental field, positioned at the tip of the spear of the business world. It’s most obsessed with being cutting edge.

Buddhism has been co-opted before and it will be co-opted again.

I think it’s against this backdrop that we must understand how and why people like Marc Benioff are using concepts like “beginner’s mind” in talks and interviews. No doubt, the oft-quoted Suzuki Roshi line “In the beginner’s mind there are many possibilities, but in the expert’s mind there are few” is useful in a technology business context. After all, the ambition of business is to out-innovate and out-compete; every business person wants possibilities. Fresh possibilities are essential to innovation.

It makes one take a step back and ask, what was the original intent of beginner’s mind? Was it about adding a new feature to a smartphone or doing something delightful for a customer? More traditionally, Zen teachers would say the concept was fundamentally about a freshness that you bring from moment to moment in your awareness and experience of life.

Are all Zen concepts now fair game to be extracted from their “native” environment to be repurposed towards business ends? Tomorrow, will I hear Jeff Bezos tell Amazon warehouse employees to “chop wood, carry water” for $15 an hour? Should I practice mindfulness so that I can become the best founder in the Valley? Will a koan make me a billionaire?

These questions might sound unfair, but I think they’re worth asking. They poke at a contradiction. Some use of Buddhist concepts might be throwing the baby out with the bathwater, but it’s also ridiculous to ask every person who explores Buddhism to become a Buddhist entirely. We all get what we can out of this framework of ideas. And, I think, that says something about the nature of Buddhism.

Buddhism has always been associated with innovation in some way. There are anecdotes the world over of masters interacting with their students in bizarre ways. Tibetan masters would give advanced pointing out instructions to their students in unexpected moments. Zen masters would write poetry and deliver koans that boggle the mind. All of this ancient innovation creates a mystic quality that feels both innovative and deep. It’s precisely what is sexy to business people who — at times — are keen to position themselves as gurus atop their organizations while retaining their humanity. It’s that Steve Jobs aura. Everyone wants a reality distortion field.

I don’t think there’s any reason to be offended, as a Buddhist, by any of this. It’s part and parcel to a religion or philosophy’s maturation into a new culture. Indeed, it should be welcomed. Buddhism has been co-opted before and it will be co-opted again. This time, we’re seeing a flowering of interest in mindfulness and meditation like we’ve never seen before, with online resources and apps reaching millions of people. We could see this latest uptake in American business as free marketing for Buddhism. And yet, these millionaire meditators shouldn’t be let off easy. It’s an opportunity to critically examine how thoroughly these business folks are living the profound tenets they espouse. Talk is cheap.

Ultimately, this is also a reminder for all of us to reflect. Some of these concepts take lifetimes to come to terms with. I can’t fault another person I don’t know for being captivated by simple and profound concepts. After all, isn’t the hardest thing still just to live well?

Minh Do majored in Ch'an Buddhist Studies at UC Santa Cruz. He now works as a venture capitalist, author, and media producer.