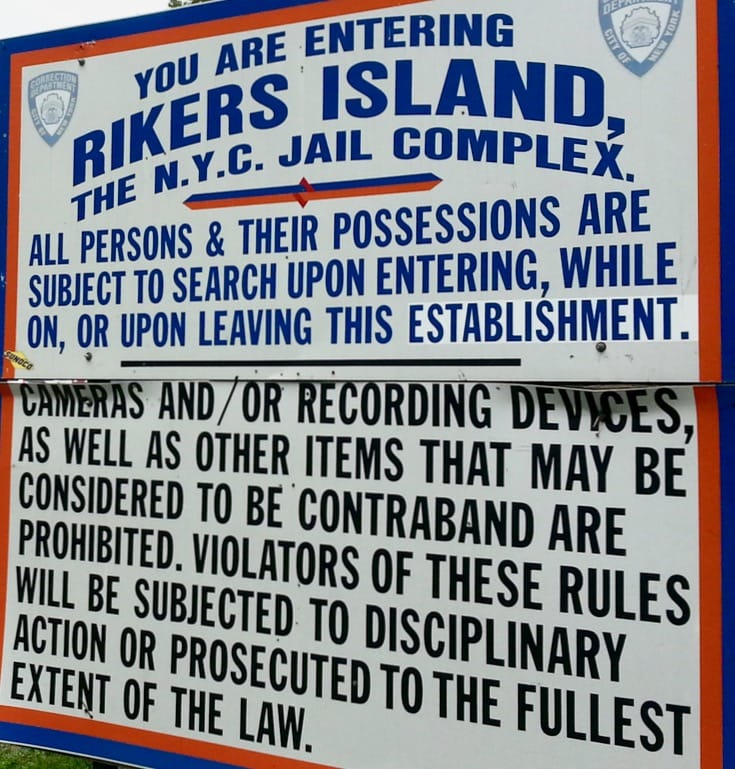 On April 26, 2017, weeks after New York Mayor Bill de Blasio announced plans to close Rikers Island, the prison’s Buddhist chaplain Justin Von Bujdoss was profiled on the front page of The Wall Street Journal. Prior to starting his position in September of last year, Von Bujdoss wrote for Lion’s Roar about what Rikers Island is — and what it needs.

This September, I will start as the single Staff Chaplain for the 9,000 Correction Officers and 1,400 support staff at Rikers Island Correctional Facility. Rikers Island is the largest of New York City’s jails, with around 100,000 detainees passing through annually and anywhere between 9,000 and 10,000 detainees at any given point in time. The island itself is home to nine facilities, housing men, women, and adolescents in a variety of phases of detention. It is also a departure point for people who, once sentenced, will serve time upstate.

Rikers has a reputation that precedes it. It is a place that evokes revulsion and fear in some, curiosity in others, and is also a proving ground for young men who wish to show others that they could survive the place as a means of enhancing street cred. It is a place of heightened emotion, of fear and violence, sadness and depression.

Rikers Island is all too easy to overlook. It’s too easy to look the other way while we drive past such places, and to neglect that there is something very profound about them: they are reminders of impermanence, places of provocation in which our very identity might feel threatened.

Within the Buddhist tradition, charnel grounds and other places in which fear, anxiety, and difficult emotions are provoked have been long valued; they can help us go deeper into dharma practice as we work with what might arise there. In the Mahāsatipaṭṭhāna Sutta, the Buddha offers nine contemplations upon human bodies that one may undertake in the charnel ground to develop insight as to whether or not this body of ours is “I”—or not I.

As tantric Buddhism came into being centuries after the Buddha’s time, the charnel ground remained a place where notions of pure and impure, fear and self-preservation, life and death, and other related dualistic conflicting value judgments continued to be challenged. Not places for the timid, charnel grounds became spiritual homes to various mahasiddhas (great adepts) of both the Hindu and Buddhist traditions, who found meaning in renouncing the safe and predictable in favor of finding realization in places of fear and discomfort.

Rikers Island, like most charnel grounds, is a reflection of the community and culture that created it. Over the past three and a half years I have run a small, rag-tag volunteer meditation group serving various populations of Rikers’ incarcerated, as well as its officers. I’ve come to appreciate its complexities. It’s a place many would like to see closed forever, but for which no one has offered — in my perspective — a viable alternative. It serves in some way as an eddy in which a great many people with mental illness and substance abuse issues end up, often with nowhere else to go. It reflects a culture of institutional racism that it did not create, but that our legal system and cultural practices and assumptions have empowered and allowed to go on relatively unchecked. It is also a place where officers and inmates alike are victims of needless violence. Indeed, to close Rikers Island would mean that the hearts of the citizens of New York City would have to open to the needs of the poor and underprivileged and begin to examine the fundamental inequality that plagues the way we have constructed our society. 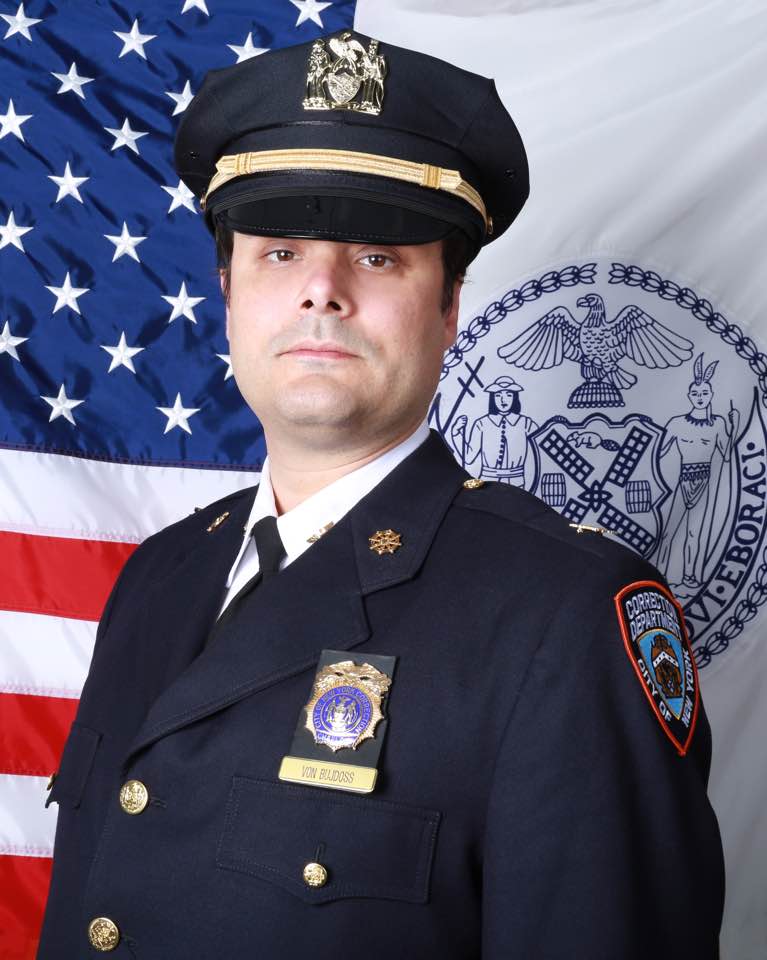 After starting his work at Rikers and receiving his official photo, Justin Von Bujdoss noted: “I have to admit that I struggled with it at first. I’ve since learned to rejoice in what it means to not take oneself so seriously.”

My responsibility as Staff Chaplain, which is a newly created position, is to serve the spiritual needs of the corrections officers. This will include conducting funerals, visiting with officers in times of need, running support groups, and offering meditation groups for officers to explore what gaining freedom from the intense gravity of their difficult emotions might feel like. (Having worked with officers in the past, I can see they’ve begun to value meditation as a technique of reducing stress, but that there is also a willingness to explore how to gain a sense of largeness and greater connection to meaning.)

Another important responsibility, unique to this new position, involves being on call to report to any of the facilities when an officer is attacked, or to visit them in the hospital or at home to provide spiritual support after an attack. This responsibility highlights the value of real-time spiritual care in crisis situations; this kind of support, from the beginning of a traumatic experience through recovery, has never been done before at Rikers. Officers, who are both observers and participants in the cycles of existence that one finds within this modern charnel ground, are in a line of work filled with uncertainty, stress, anxiety, and violence. That a Buddhist chaplain who got meditation training in Sikkim and Darjeeling and who was ordained as a Repa in the Karma Kagyu tradition was picked is also significant.  I have been given a wonderful opportunity to stand with stability and awareness within the storm of impossibility.

Like other places of intense suffering, Rikers Island is all too easy to overlook. It’s too easy to look the other way while we drive past such places, and to neglect that there is something very profound about them: they are reminders of impermanence, places of provocation in which our very identity might feel threatened. These are places of quiet honesty, of direct cutting away of our own elaboration, free of the way we have dressed ourselves up. These places, while scary can be liberating.

May the benefits of meditation and non-judgmental compassionate spiritual presence bring support to the correction officers of Rikers Island so that their hearts may be filled with flexibility, courage, a sense of safety within their work, and a feeling of connection to what brings them meaning, leading ultimately to a softening of the intensity of this vast charnel ground and greater ease for everyone who finds themselves there.