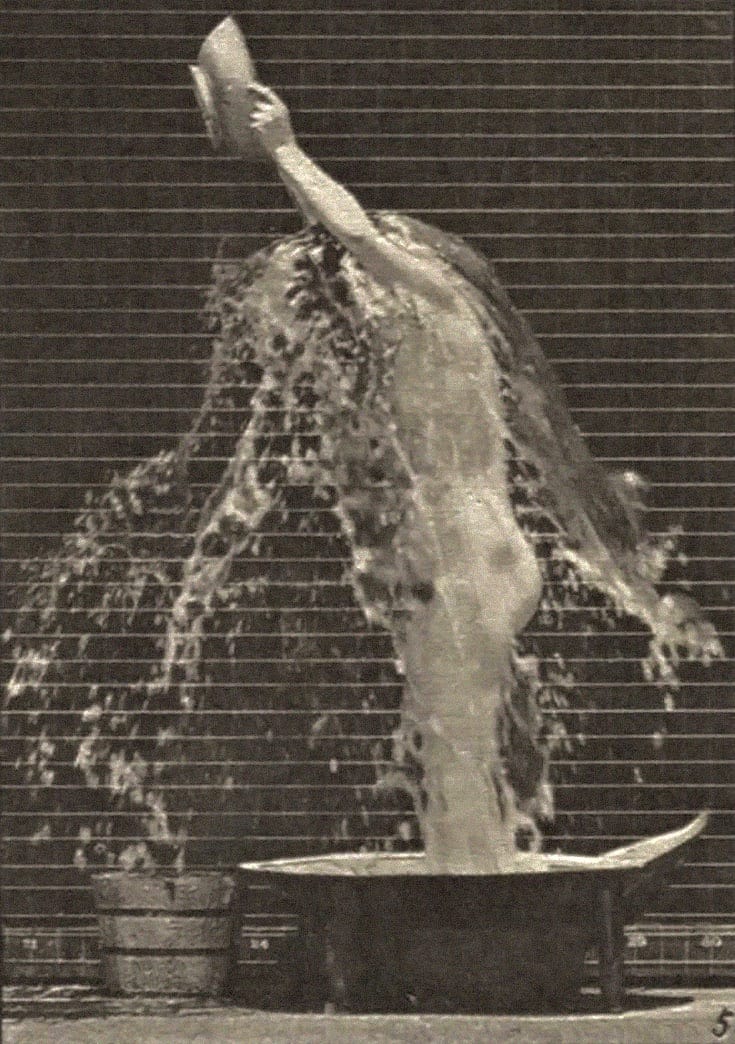 Several months after I arrived at Mount Koya, the center of Shingon Buddhism in Japan, eventually, I was assigned to teach some of the young monks English. Needless to say, it was very difficult to maintain the taste of samadhi during the complex activity of teaching, but I would still attempt to do so. During the break periods between the monks’ English lessons, I would go off by myself for ten or fifteen minutes and attempt to reconnect to the concentrated state by doing a short sit. Then I would come back and see if I could maintain the taste of the concentrated state during the class. Usually I was unsuccessful, but just making the effort seemed meaningful.

One day before break time, a monk handed me an envelope, saying, “This letter came to the temple for you.” The letter was from one of my fellow graduate students in the Buddhist studies program at the University of Wisconsin. I went off by myself, opened the letter, and read it.

Its contents shook me to the core. My friend informed me that our mutual idol and my personal role model, Dr. Robinson, had suffered a horrific accident in his home. A fuse had burnt out in his basement, and when he went down to change it, he had struck a match for illumination. He didn’t know that a pipe was leaking and the basement was filled with gas. When he lit the match, the gas ignited, turning him into a fireball. He suffered severe burns over most of his body, including his eyes, which were destroyed. He was hovering between life and death; they didn’t know which way it would go. Even if he lived, he would be horribly disfigured and blind. In the end, he lived for about a month in agonizing pain and then died.

Even if you know a dozen languages and possess an intellect the size of Wisconsin, it won’t help a bit when you’re facing such intensities of pain, terror, and grief.

This turned my life upside down. Up to this point, I had devoted myself to the acquisition of information and the honing of my intellect. But so what if you know a dozen languages and possess an intellect the size of Wisconsin? It won’t help a bit when you’re facing such intensities of pain, terror, and grief. Dukkha, “suffering” — the first noble truth of Buddhism — hit me like a ton of bricks. Being in horrible physical and emotional pain could happen to me, in fact probably will happen to me, if only toward the end of my life. And it can also happen to everyone I love or am invested in. Indeed, it already had happened to Richard.

My earliest memories center around an absolute need to avoid physical discomfort and an inability to deal with negative emotions, such as fear or grief, within myself and especially within others. I imagined what it would have been like had I not been in Japan but back in Madison, dealing with the emotions that my friends and colleagues were going through. I realized that I would simply have had to avoid the whole situation. I wouldn’t have been able to visit Richard in the hospital or be with his significant others because I simply wouldn’t have known what to do with the emotions.

Then I imagined what it would have been like to be in his body, writhing in pain day after day. I would have been in abject hell. Between reading that letter and receiving the news of his death a month later, a deep shift occurred in my value system. My academic study of Buddhism, my transient glimpse of enlightenment in during a time I lived in San Francisco, and the beginnings of tasting samadhi had intellectually convinced me that it was, in theory, possible to experience physical and emotional pain without suffering. My idol’s horrific death convinced me, emotionally, that I must pursue this goal. That’s how I transformed from an armchair academic to a committed monastic.

Richard’s accident and death occurred in the summer. That fall, Abbot Nakagawa approached me with a piece of paper upon which were written two Chinese characters: 真 (shin) and 善 (zen). This shin means “truth,” and zen means “goodness.” The abbot asked me if Shinzen (真善) would be an acceptable monk name for me. I was stunned. He was agreeing to ordain me, and giving me a very heavy name. The name spanned the totality of spiritual practice: shin or truth being the liberating wisdom piece, and zen or goodness being the compassionate service piece. Moreover, the name spanned the history of the temple where I had been living. The temple was founded by Prince Shinnyo over one thousand years ago. Famous in Japanese history, Prince Shinnyo was the first Japanese person to attempt to visit the “Western world,”  to study Vajrayana directly under Indian masters as opposed to indirectly through Chinese converts. The Shin of my name is the first kanji (character) in Shinnyo’s name and the Zen is the first kanji in the abbot’s name, Zenkyo. In essence, the abbot was saying, “There’s a lineage of masters who have lived here for a thousand years. Take it back with you when you return to the U.S.” I told the abbot that I didn’t think I could live up to the name. He said, “I know that, but is it acceptable to you?” I stuttered, “Yes.”

Abbot Nakagawa told me that if I wanted to be trained in traditional Shingon practice, he would allow it — but I would have to do it the old-fashioned way. I would have to do a solo retreat of one hundred days in winter, most of the time with no source of heat, in complete silence other than occasional instruction from him, and with no meal after noon.

Several months later, as winter approached, and it was getting cold and uncomfortable, Abbot Nakagawa told me that if I wanted to be trained in traditional Shingon practice, he would allow it — but I would have to do it the old-fashioned way. I would have to do a solo retreat of one hundred days in winter, most of the time with no source of heat, in complete silence other than occasional instruction from him, and with no meal after noon.

With all that had happened, I felt that I was now ready for such an ordeal. My training began on December 22, the day of the winter solstice. The abbot had warned me that part of the old-fashioned way involved certain ascetic practices derived not from Buddhism, but from the shamanic tradition of Shinto, Japan’s pre-Buddhist tribal religion. One of the most common methods that tribal cultures use to obtain visions of gods or spirits is through prolonged exposure to extreme hot or cold. In India, Hindus have the “five fires” practice; in North America, Native Americans have the sweat lodge and the sun dance. These involve heat. The traditional Shinto shamanic practice goes in the other direction. It involves cold — squatting under freezing waterfalls in winter, or standing in cold springs, or dousing your body with ice water, and so forth.

Because Shingon is Vajrayana, the main meditation practice involves working with visualizations, mantras, and mudra gestures. You replace your self-image with that of an archetype, you replace your usual mental talk with the mantra of that archetype, and you take on the physical and emotional body experience of that archetype through making mudras — ritual hand gestures. If your concentration is good enough, your identity briefly shifts. You become that archetype. This gives you insight into the arbitrary nature of self-identity. The technical term for this practice is deity yoga because you experience merging (yoga, i.e., “yoking”) with a mythic archetype.

My current way of teaching mindfulness is, in part, informed by this early Shingon training. I have people observe self in terms of inner mental images, mental talk, and emotional body sensation, the three sensory elements used in the Vajrayana deity yoga practice. I’ve created a hybrid approach. What I have people observe is derived from the Japanese Vajrayana paradigm: self = mental image + mental talk + body. But how I have people observe is derived from mindfulness, which has its origin in Southeast Asian Theravada practice. So, in a sense, I have brought the abbot’s lineage back, although probably not quite in the form that he was expecting.

The visualizations, mantras, and mudras are woven together into the framework of a ritual invocation. The traditional basic training (known as kegyo) involves doing three such invocations daily, with the abbot privately initiating you into how to do the ceremonies. The Shinto shamanic piece comes prior to each of the three ritual invocations, when the practitioner is required to do cold-water purification. You have to go to a cistern filled with half-frozen water, break the ice on top, fill a huge wooden bucket, and then squat and dump the bonechilling liquid over your naked body. It’s so cold that the water freezes the moment it touches the floor, and your towel freezes in your hand, so you are sliding around barefoot on ice, trying to dry your body with a frozen hand towel.

For me, this cold-water purification was a horrific ordeal. Maybe being a thin-skinned Californian had something to do with it. I did notice, however, that if I stayed in a state of high concentration while I did it, my distress was noticeably lessened. On the other hand, as soon as my attention wandered, the suffering became unbearable.

For me, this cold-water purification was a horrific ordeal. Maybe being a thin-skinned Californian had something to do with it. I did notice, however, that if I stayed in a state of high concentration while I did it, my distress was noticeably lessened. On the other hand, as soon as my attention wandered, the suffering became unbearable. I could see that this whole training situation was a giant biofeedback device designed to keep a person in some degree of samadhi at all times.

On the third day of this training, as I was about to pour the water over myself, I had an epiphany. It hit me with crystal clarity. I was faced with a trichotomy; the future forked into three branches. I could spend the next ninety-seven days in a state of high concentration all my waking hours, spend them in abject misery, or give up and fail to complete my commitment. The choice was obvious.

When I completed the hundred-day training, it was the spring of a new year, and I had a new self. I had entered the crucible (or should I say cryostat?) of the traditional Shingon training and had come out a different person. From that time on, I was able to consciously experience the taste of high concentration whenever I wanted to. One hundred days subtracted from my life were really a very small price to pay in order to live a totally different kind of life.

Adapted from The Science of Enlightenment: How Meditation Works by Shinzen Young, new from Sounds True. Reproduced here with permission.

Shinzen Young leads meditation retreats throughout North America and has helped establish many mindfulness centers and programs. He consults on meditation-related research at Harvard Medical School, Carnegie Mellon University, and other institutions. He lives in Vermont. His website is shinzen.org.