The case hinged on the question of whether or not the center qualified as a religious facility, given that the center advertised it’s programs as open to members of all religions. 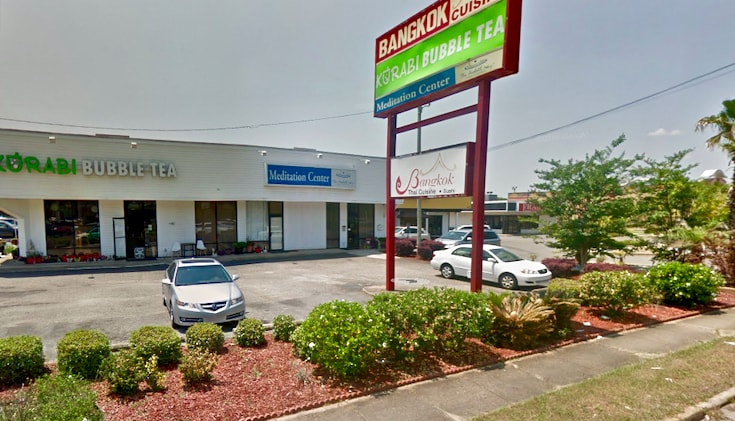 An Alabama judge has upheld the City of Mobile’s decision not to grant a zoning application to the Thai Meditation Association of Alabama (TMAA). The application was denied on the grounds that the group’s meditation center does not qualify as a religious facility. The association is now considering appealing the decision.

The legal dispute goes back to 2015, when TMAA — currently located in a strip mall on a busy street — purchased a quiet and secluded property in a residential neighborhood to build a new center. The association planned to build a 2,400 square-foot meditation center, a 2,000 square foot cottage for visiting monks, a restroom facility, and parking. However, when TMAA applied to the city for approval to build its “religious facility,” the city denied the request on the grounds that the meditation center does not qualify.

“The city had denied planning approval for the center, when it had granted such approval for any other religious organization,” said Roman Storzer, an attorney for the organization. “There was a determination that was made that the meditation center is not really a religious facility.”

According to legal documents, the city’s decision was informed by statements from TMAA representatives indicating that meditation is not tied to any particular religion and that members of all religions are welcome to come learn meditation at the center.

TMAA, which is affiliated with a prominent subschool of Thai Buddhism called Dhammakaya, argued that the center is indeed a religious facility and the decision constituted a violation of religious freedom. TMAA filed a suit against the city in the U.S. District Court. The trial came to a conclusion in March, with a judge dismissing TMAA’s complaint.

“At this point, we are examining our options for appeal,” said Storzer. “If we file our notice of appeal, then we will go forward to the federal court of appeals.”

The decision comes on the heels of two prominent legal challenges regarding Buddhism and meditation in America. In December, a conservative Christian group launched a campaign against mindfulness meditation programs in public schools, arguing that meditation constitutes Buddhist religious indoctrination. And, just days ago, the Supreme Court upheld a Texas death row inmate’s right to have a Buddhist priest present at his execution, despite the state’s refusal to provide one.

Among Buddhists, philosophers, and scholars, there is a longstanding debate as to whether or not Buddhism is a religion. In 2013, three experts debated the question in Lion’s Roar magazine. More recently, in 2017, Jodo Shinshu scholar Scott Mitchell wrote a commentary for Lion’s Roar arguing that the view of Buddhism as non-religious largely ignores important aspects of Buddhism, which are especially apparent in Asian American Buddhist communities. In a Q&A with Lion’s Roar, Buddhist scholar Duncan Williams discussed the painful history of the persecution of Asian American Buddhists in America, which culminated in the Internment in WWII.

“There were pioneers who founded many of these Buddhist temples, who carved out a religious space in America, which contributed a different set of ideas and practices to American society,” said Williams.  It was these early Buddhist pioneers, argues Williams, who established Buddhism as a religion in America to earn the right to have a “B” for Buddhists on dog tags, Buddhist chaplains in the military, and Buddhist dharma wheels on the tombstones of fallen soldiers. “If they didn’t work for that, we wouldn’t be in a place where Buddhism is an accepted religion.”

Correction, Apr 3, 2019: An earlier version of this article was titled “Alabama judge rules Buddhist center not a religious facility, blocking plans for new location.” The court ruled in favor of the City of Mobile, but the reasoning has not been released yet.