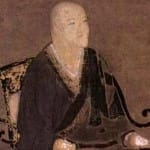 Eihei Dogen, the founder of the Soto Zen school in Japan, was born on this day in 1200; his writings continue to shape Buddhist practice.

Radio Free Asia and other sources report that a respected 43-year-old Tibetan Buddhist monk named Tsultrim Gyatso burned himself to death Thursday at a crossroads in Gansu province, in protest of Communist China’s oppressive policies in its ongoing occupation of Tibet. By RFA’s count, Gyatso was the 125th Tibetan since 2009 to use the extreme […]

News of a Tibetan father of two becoming the 122nd person to set himself on fire in protest of the Communist Chinese government’s policies in Tibet came simultaneously with the release of a detailed report by human rights groups on China’s repressive measures to control Tibetan Buddhism. Tibet Post International and other sources report that […]

Nobel Peace Prize laureates Aung San Suu Kyi and HH the Dalai Lama, together at the 17th Annual Forum 2000 conference in Prague this week, have both weighed in on the recent violence in Burma by Buddhists — stoked by some monks’ nationalist rhetoric — against ethnic Rohingya Muslims. Agence France-Presse reports that in answering […]

Numerous outlets are reporting that Kunchok Sonam has become the 121st Tibetan to protest the Chinese occupation of his homeland by self-immolation. The 18-year-old monk was described as having shouted slogans for a free Tibet before setting himself on fire in front of his Thangkor Soktsang monastery, located in the area of Ngaba, where there […]

In reports coming out of Tibet, a man self-immolated in protest of Chinese occupation in the Adril region of Eastern Tibet on Monday. Tenzin Sherab, 31, died at the scene. His body was confiscated by Chinese police but returned to his family the next day. Phayul reports that Sherab had spoken about China’s human rights […]

Two young monks are dead after self-immolating at the Taktsang Lhamo Kirti Monastery in Zoege, Eastern Tibet, on Wednesday evening, Phayul reports. Lobsang Dawa, 20, and Kunchok Woeser, 22, set themselves alight outside the monastery’s main prayer hall. Both of them died at the scene, and their bodies were taken back to their rooms for […]

Reports are just coming in that a 20-year-old woman set herself alight and died in Zamthang county, in the Ngaba region of Northeastern Tibet, Tuesday afternoon. Chuktso (also identified as Jugtso) self-immolated near Zamthang Monastery around 3 p.m. and died at the scene. Chuktso leaves behind a husband and a 3-year-old child.

A monk is dead after self-immolating in the Luchu region of eastern Tibet last week. Reports have emerged that Kunchok Tenzin, 28, set himself on fire at an intersection near Mogri Monastery in Luchu last Tuesday, March 26. He died at the scene, and Tibetans brought his body inside the monastery and cremated it so […]

The number of Tibetans who have self-immolated in protest of Chinese occupation since 2009 has grown to at least 113, as the deaths of a Tibetan monk and nun last year have officially been ruled immolations. Tulku Athup (also known as Thupten Nyendak Rinpoche), 45, and his niece, 23-year-old nun Atse, died on April 6, […]