Sylvia Boorstein, who attended Oakland’s Women’s March, reflects on the meaning of the day. Sylvia is also the author of “Life at 80: Everything is Precious,” published inside the new, March 2017 Lion’s Roar magazine. 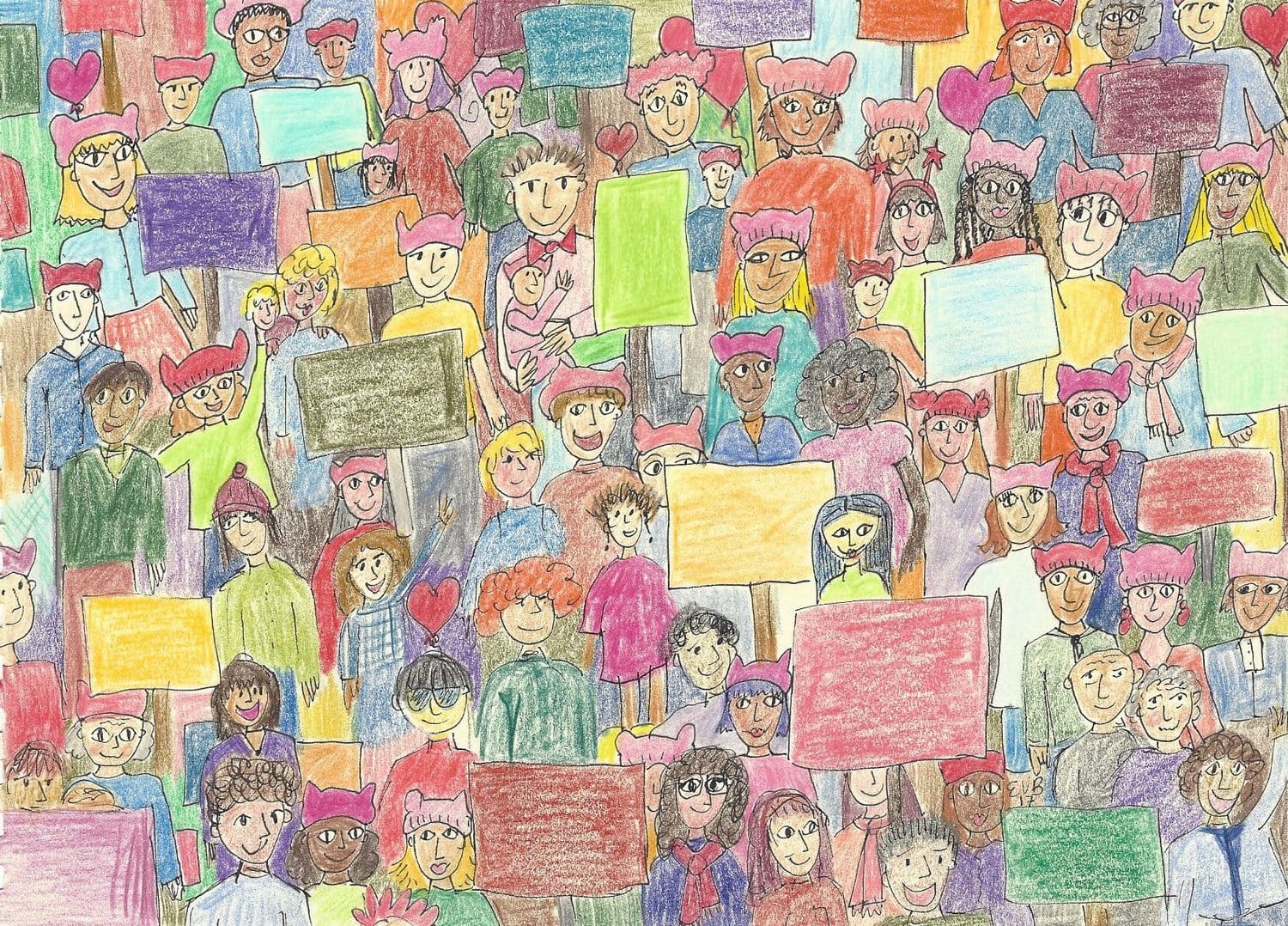 The signs said it all:

The Best Quality is E-quality.

An End to Racism.

Men in Support of Women.

And, of course, the signs that I won’t repeat (my age and my sense of modesty prevails) but that I nevertheless laughed at.

And the crowds of women flooding the streets with pink pussy-cat hats. Women of all colors and all ages and all abilities. I cried a little each time I saw a woman leading an obviously disabled child by the hand, steering carefully through the surging crowds or women pushing other women in wheel chairs. I felt as if all the individual signs added up to saying, “Everyone who has felt frightened and demeaned is here to say, together, ‘NO!’ We will resist.”

I feel buoyed up by the positive air of peaceful protest that has begun today and promises to continue.

The streets of Oakland were so jammed full of people that it took an hour after the march officially started for me to take the first steps forward on the route. I felt, for myself, that I needed to be there because I represent old. Riding on the BART train to the starting place, people tried to stand up to give me their seat which didn’t happen because the train was so packed that no one could move until it pulled into the station and we all poured out into the street. It was a long day and/but I feel buoyed up by the positive air of peaceful protest that has begun today and promises to continue.

A version of this piece also appeared on SylviaBoorstein.com, along with other related reflections by Sylvia.