Gabriel Cohen on how you can defuse stressful situations by pausing before reacting instinctively. 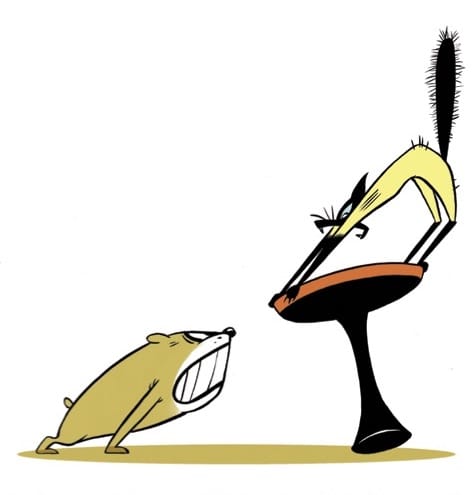 Before I moved into my apartment, the previous tenants warned me that a teenager downstairs occasionally annoyed them with the sound of his video games. It turned out that the techno music and beepings were hard to ignore. I tried to be patient but one night, after I was woken up at 2 a.m. and again at five, I reached my limit. Later that morning, I went downstairs and knocked on the door. The kid didn’t answer, though I knew he was home. I rapped harder. Suddenly, the door swung open. Instead of a teenager, however, I was confronted with the sight of a half-naked, heavily muscled and tattooed, fully grown man. (Think Robert De Niro in Taxi Driver.) He was wrapped in a towel because I had just gotten him out of the bathtub. He did not look pleased.

As you might have guessed, our “discussion” quickly spiraled downhill. “Why the hell are you banging on my door?” he demanded. I wanted to complain about his rudeness in playing his video games so late and all he could focus on was my rudeness in hammering on his door. After a couple minutes of pointless crosstalk, I trudged back upstairs, mulling over how I had botched the situation. I had let myself be overwhelmed by my instinctive fight-or-flight reaction. Even before the door opened, I had felt my breath tighten and my heart race. By the time my neighbor and I actually faced each other, our brains were already flooding with the hormonal equivalent of Tabasco sauce.

We were both behaving as evolution had programmed us. If a tiger jumped out at our ancestors while they were foraging, they had no time to think about what to do. They had to fight or flee to survive, and they would begin doing one or the other before they even consciously registered the thought tiger. Today, though there are no big cats on our urban streets, if we get into a quarrel, hormones still kick in within milliseconds, stimulating primitive regions in our brains. And our instinctive reactions can easily shove us in the opposite direction from what we ultimately hope to achieve.

Thankfully, my neighbor moved out a short time after our confrontation, but I often thought about what had gone wrong between us. I should have known better, as I’d been treated to a vivid demonstration of the problem of habitual reactions when I studied tai chi. After I had taken classes for three or four years, my teacher sometimes invited me to stay afterward for a round of push hands. Mostly, the martial art involves solo forms, but in this special practice two people face off against each other. There in that empty, mirror-walled studio, we would sink into a bent-knee stance and raise our arms until the backs of our wrists met, and then we would slowly shift our weight back and forth, round and round, hoping to discover the other person’s center of gravity. If, through subtle probing and testing, one of us could find it, we would press forward and throw the other off balance. Ideally, I should have presented myself fluidly, like a formless cloud, so that if my opponent pushed me, he would find that there was no there there.

My teacher, however, knew better than to expect the ideal. He would make a sudden, aggressive show of force and, instantly, with an almost audible click, all of my muscles would tense and my whole body would go rigid. Laughing, he would deliver a little nudge and I’d topple over. It took me a while to figure out what was going on, but here’s the thing: even when I was aware of how he was manipulating my instinctive reaction, I still—literally—fell for the trick. The intellectual understanding was nice, but I had thousands of years of neural programming to overcome.

Speaking as a divorcé, I wish that I had understood the dynamic of defensive reactions years ago, when, at the end of our marriage, my wife and I seemed to trigger each other on a daily basis. Now I’m trying to learn from my mistakes. I don’t always succeed, though. Not right away. Recently, I went on a romantic date with my girlfriend. We were sitting at a candlelit wine bar when we noticed a fellow patron’s big diamond ring. Without thinking, I launched into what I thought was a funny anecdote about buying my former wife the wrong engagement ring. This oversharing was not quite as stupid as it sounds—on other occasions, my girlfriend had asked for details about my marriage—but it was still pretty dumb.

My girlfriend got angry. Thinking that she was overreacting, I reacted the way I tend to: I shut down. We suffered a silent, frosty walk home. But I was trying to be mindful, struggling to parse what was really going on. And I realized that my girlfriend was not, deep down, trying to tell me that she was angry. She was trying to tell me she felt hurt. And I was reacting to her anger (fight) by moving away (flight).

The fight-or-flight instinct doesn’t just kick in when we want to shield our bodies; we also use it to shield our fragile sense of self. Such reactions seem to protect us. After all, that’s the whole point of fighting or fleeing. Sadly, though, these defenses often block us from getting what we really want. We want love from our partners, but if we’re afraid we won’t get it, we act out in resentment or jealousy or emotional shutdown. We become like crazy magnets that repel when we really mean to attract.

It occurred to me that my girlfriend and I might greatly improve our relationship if we could become more aware of these unhelpful patterns. If she could say something like, “I feel left out when you talk about your ex-wife,” I would feel a desire to move toward her, rather than away. If I could get closer to my own real feelings, I might soften when I feel threatened, rather than tightening up. The challenge is to put a breathing space between the instinctive response—the jolt of anger or jealousy or whatever it is—and the way we then behave.

I know that if I want to get good at finding that space, it’s going to take a lot of practice. Meditation provides me with a great arena, a kind of tai chi studio in my mind. When I’m sitting on a cushion, I’m not rushing to confront someone or scurrying away, so I can turn an internal microscope on myself and see how my thoughts and feelings arise. I notice how I tense up when I think about certain people or situations, and I breathe out to let that tension go. Over time, I’m literally rewiring my neural pathways so that I can react to conflict with more patience and equanimity.

Contemplation also helps. In the middle of a conflict, I try to ask myself one simple, crucial question: if I follow my knee-jerk reaction, will it move me toward what I ultimately hope to achieve? In the situation with my downstairs neighbor, for example, what I really wanted was not the fleeting satisfaction of expressing my outrage. I wanted peace and quiet in my home.

I like the notion that the seemingly difficult people in my life can serve as teachers, offering me opportunities to develop patience and compassion. I was given another such occasion just last week. I also have neighbors upstairs. (A New York City apartment building turns out to be a perfect behavioral testing ground.) We had never met, but for months I’d heard them stomp around, drop things on the floor, and generally behave in a way that seemed to indicate that they didn’t know (or didn’t care) that someone lived below. I was told when I was moving in that they had a four-year-old daughter, so I tried to cut them slack, but the situation proved very challenging.

I was at home trying to write when things reached a head. I heard the child running across the floor, bouncing a rubber ball, and knew I had to go up and say something. Keep your eye on the prize, I warned myself. You’re not going up there to show them how irritated they’ve made you. Your goal is to present the situation in a way that will allow them to understand why their behavior is creating a problem without activating their own fight-or-flight response.

Before I did anything else, I meditated for a few minutes so that I could slow my heart rate and head off hormonal flooding. When I managed to increase my sense of calm, I went upstairs. Before I knocked on the door, I did a physical check. Was I standing in an aggressive posture? Were my fists clenched? I took a few long, even breaths. Above all, I made sure that I was clear about my ultimate objective: to lessen the noise. Showtime. I reached out and knocked.

The door opened a crack and I could see a woman looking at me with suspicion.

“Hi,” I said, keeping my volume low. “I live downstairs. My name is Gabriel.” I reached out a hand. Remembering how I had screwed up things with my other neighbor, I wanted to give her a chance to see me as a friendly human being first, not just an angry stranger.

Warily, she shook my hand.

“I really hate to bother you,” I said. “I know you’ve got a little daughter, and I know how hard it is to make kids keep quiet. But I work at home. It’s hard to concentrate if there’s noise upstairs.”

I held my breath, unsure of how my new approach was going to pan out.

The woman turned toward the interior of the apartment. “Melanie!” she called.

“This is our neighbor,” the woman said, staring down at her. “How many times have I told you that you need to be more quiet?” She turned to me apologetically. “I’m sorry. She has that ‘attention’ thing.”

The proverbial light bulb clicked on over my head: Attention Deficit Hyperactivity Disorder.

The little girl stared up at me, open-mouthed.

I knelt down. “Thanks, Melanie. It would be really great if you could try to remember that there’s someone living downstairs and to not make a lot of noise.”

Her mother and I exchanged a pleasant goodbye, and I went on my way.

There were limits to my success. But the situation has improved. My neighbors make less noise, and when I do hear that pitter-patter across the floor, it’s easier for me to be patient, knowing that the culprit is a little girl struggling with her own problems. I feel better because I know that I’m more than just a puppet of my defensive hormones. I have the power to make choices about how I want to react.

Gabriel Cohen is author of Storms Can't Hurt the Sky: A Buddhist Path Through Divorce, as well as three novels, including The Graving Dock, a mystery with a Buddhist subplot. He lives in Brooklyn and likes to meditate next to a lake in Prospect Park.