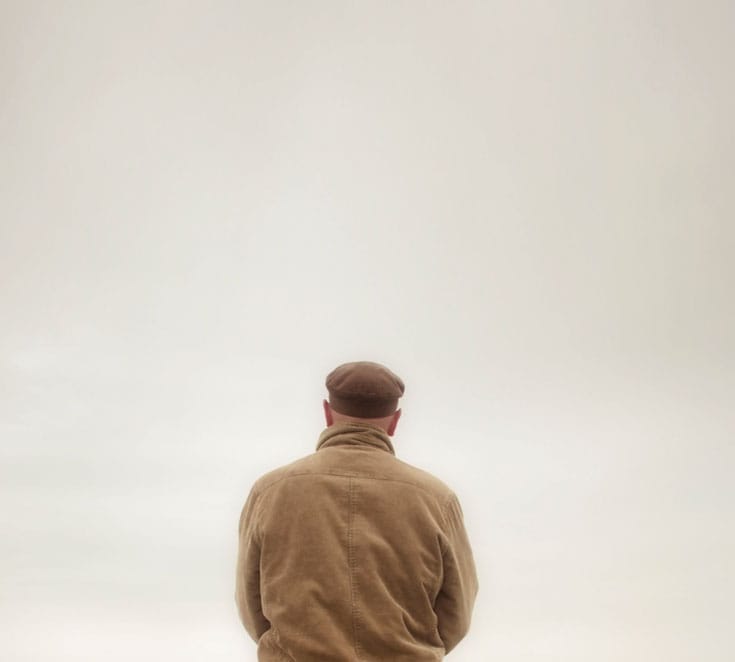 Like, say, staring into space. Or counting your breaths. Or living life just as it is. Karen Maezen Miller on the virtues of boredom.

The message comes with good intentions, as do most things designed to inspire, so I click on the link in my email and watch the short video.

First I see a sleeping newborn swaddled in a blanket, followed by a silken black butterfly perched on a finger, a dewdrop dangling from a leaf tip, and a nest cradling two luminous robin’s eggs. Images dissolve to a piano serenade—a foggy meadow at daybreak, the fiery blaze of an ocean sunset, a peach pie cooling on a plank table, and a vase of peonies gracing a windowsill. A boy bites a glistening red popsicle at that perfect instant before it slides off the stick. A golden-haired girl blows the dancing flames from her birthday candles. “Moments,” the voiceover says. “Moments like this are all we have.”

They are happy, captivating shots, drenched in color and sentiment. The eye wants to drink them in and dwell. Compared to this, my life seems mostly washed-out and even wasted.

I stop the show. Something’s wrong with this picture. Pies and popsicles are appealing, but these pictures don’t quite capture the essence of life. Not the whole of it.

Later on, in the bathroom picking up dingy wet towels, I notice the mildew creeping up the bottom of the shower curtain. This is not the life of precious tributes. It’s not one of the moments you want to frame and keep. It’s one you want to throw out. And many of us do. We replace people, places, and things that have grown charmless and tiresome— which they always do. Fascination fades and restlessness stirs.

Chasing the picture perfect, we can lose what we have in abundance—the times that teach us even more than the rare delight of butterflies or a robin’s blue eggs. We lose the hours, the days, and the decades when nothing much seems to happen at all. Time freezes. Paint dries. Mildew spreads. We’re bored out of our minds.

Boredom is the unappreciated path to patience, peace, and intimacy, so who would read a paean to it? Let that be your koan.

The Second Ancestor, having cut off his arm, stood there in the snow and said, “My mind is not at peace yet. I beg you, Master, please put it to rest.”

Bodhidharma said, “Bring me your mind, and I will put it to rest.”

The Second Ancestor said, “I have searched for my mind, but I cannot take hold of it.”

Bodhidharma said, “There, I have put your mind to rest.”

I happen to love this koan. Every time I look at it I notice something beautiful. You might not see it, because there’s not much going on here. Plus it doesn’t paint an especially pretty picture. One guy faces the wall. Another one stands frozen in a colorless landscape, going stir-crazy. It’s the crazy part I relate to.

Bring Me Your Boredom

Schoolchildren can be afflicted with it by the second day of summer; workers by the sixth month on the job; spouses by the seventh year of marriage; and readers by the tenth paragraph. Or before.

Are you bored yet? Nowadays, boredom is considered a scourge. We blame boredom for the death of curiosity, learning, productivity, innovation, and commitment. Boredom is the antecedent to all kinds of distractions, disengagements, overindulgences, and infidelities. The worst crime is being boring, the joke goes, but we all know that the real crimes are likely to come after. In the name of boredom, we overfill our minds, our bodies, our senses, and our time. We flee what fails to amuse. Boredom breeds contempt, and contempt breeds calamity.

If boredom is such a menace, let’s bring it out into the open. Can you show it to me? Like the other thoughts and feelings we use to torment ourselves, boredom is something we can’t locate except in our own deadly pronouncement: “I’m bored.” By the time we say it, we believe it, and believing is all it takes. This is where the story can get interesting.

When we’re bored, we go looking for something new. And let’s face it: we’re nearly always looking for something new. It doesn’t matter how much or how little we’ve got—how well we each manage our store of talents or prospects—we are somehow convinced that we haven’t yet got “it,” not enough to be completely satisfied or secure. We might think we need something as harmless as a cookie, a game, or a gadget—or another career, lover, or child. We might call what we want higher purpose, wisdom, passion, or simply a change of scenery.

Until we are at peace with ourselves, the quest continues. Until we know that there is nowhere else to go, and nothing more to get, we are trapped in delusion. We cannot resolve delusion with more delusion, but we try, and in the search we drive ourselves further away from reality and into raving madness. Fighting boredom is a full-time occupation.

What does it take to liberate ourselves from the chase? What if we could release the grasping mind that is always clawing after some precious new thing, even if it’s only a new fantasy? That would be excruciating, or so we fear. It’s the fear of letting go that afflicts us, but letting go is pain free.

One time I was interviewed by a radio host about meditation, and she seemed alarmed, even offended, by the idea. Staying put runs contrary to the religion of self-gratification.

“It seems to me you’re telling people to settle,” she said. I was flummoxed, and I searched my mind for a response. If I’d had the equanimity of my Zen forebears, I would have said what I really meant.

If we find one thing boring, we’ll find everything boring, so we’d better learn to look at boredom differently. We’d better see things as they really are. This is why we begin our practice, and this is why we keep practicing even when we are no longer entertained. If we are really committed, we can indeed bore ourselves out of our ruminating mind and into a world at rest.

In the Soto Zen tradition, we meditate with our eyes slightly open, facing a blank wall. Like Bodhidharma, who was said to have faced the wall for nine years before his first student appeared in the snowdrifts, we are called wall gazers. People often ask about the meaning of the wall, since it seems so extreme, or at the very least, extremely boring.

It’s true; sometimes the wall we face is a bare white wall, where we are looking at nothing. This wall is called a wall. At other times, we turn around and face another kind of wall, where we are looking at everything. This wall is called the world. There always seems to be a wall of some kind or another in front of us; the question is whether or not we can face it.

Whatever the scenery, our practice is the same. Our practice is to face everything life is, and everything it isn’t. Everything we think and feel, and everything we don’t. Wall gazing is a very thorough practice in facing the fleetingness of things, and not getting trapped in momentary apparitions. All apparitions, it turns out, are momentary. When your eyes are open and you are intimately engaged with what appears in front of you, it’s hard to stay bored because nothing stays one way for long. Even walls disappear.

When my husband comes home, he asks me what happened during the day.

There were no piano serenades at my house. No misty meadows or fiery sunsets. No newborns. No birthdays. I did not make a pie. It was a day like any other that can bore you out of your mind.

But that doesn’t mean I’m bored. I have been facing the wall where the snow falls, paint dries, towels fade, and mildew spreads—the same wall where the light blooms in a continuous spectacle of color, sensation, and imagery that is the undivided whole of life. I have been practicing the equanimity of my Zen forebears, but even now I have not said what I really mean when I say, “Nothing.”

What could ever be wrong with this picture?