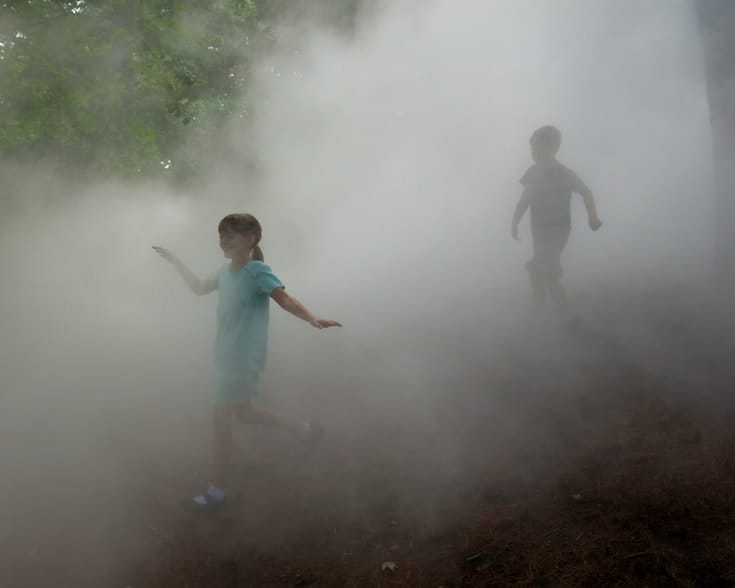 Inspired by impermanence, Japanese artist Fujiko Nakaya has created fog sculptures that roil, billow, and dissipate at the hands of nature. From August 11 to October 31, five of Nakaya’s fog sculptures will enshroud the Emerald Necklace, Boston’s 1,100-acre park system. 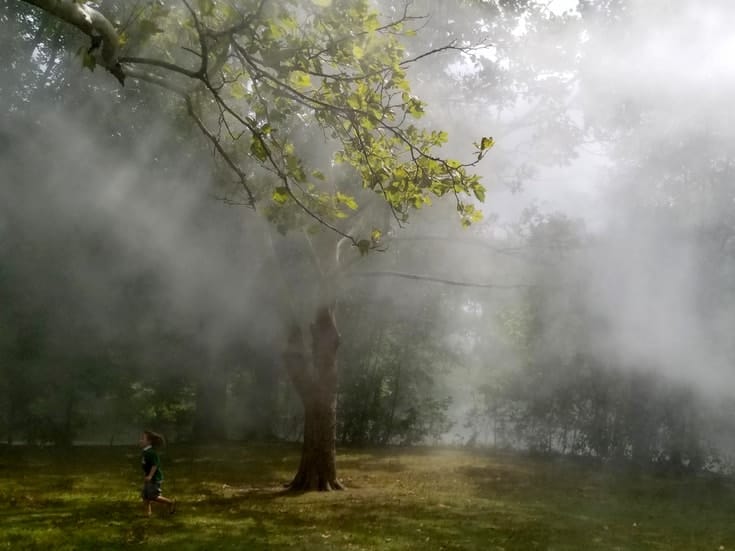 The 85-year-old Nakaya has been conjuring fog sculptures since 1969, each one a shape-shifting, multi-sensory experience made of pure droplets of water. She began her career as a painter but was confronted by the fact that art is predominantly expressed as a permanent form. So, instead of painting clouds, she started sculpting them. In doing so, she realized even the atmosphere has a story to tell. 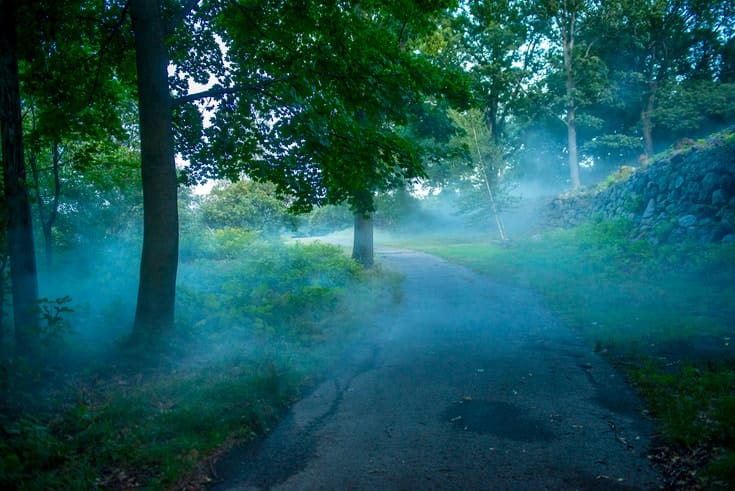 “It’s the Western concept of solid and eternal,” Nakaya told WBUR. “In Buddhist thinking, it’s always that nature responds to you according to its rules… It’s autonomous.”

When contemporary art curator Jen Mergel was enlisted to help mark the 20th anniversary of the Emerald Necklace Conservancy—the organization that protects, restores, and maintains the parks, which date back to 1878—she immediately thought of Nakaya. 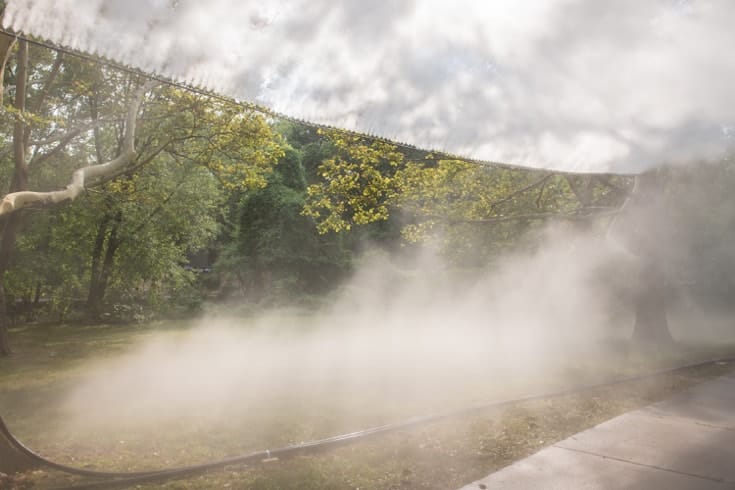 “She’s been doing something that has been consistent, it has been timeless, and right now it is timely in terms of climate responsive art,” Mergel told WBUR. Nakaya hopes her art gets people thinking about extreme weather patterns and climate change.

“Nature really wants to balance out — even the wind,” Nakaya said. 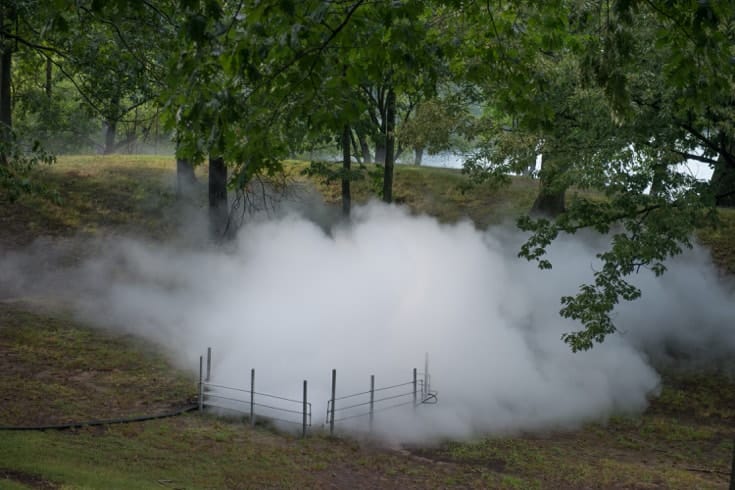 In the past, Nakaya has worked with internationally-recognized artists, such as choreographer Merce Cunningham, composer John Cage, and painter Robert Rauschenberg. For almost five decades she has been influencing how people use nature to create art.

The conservancy’s president, Karen Mauney-Brodek, believes Nakaya is the perfect artist to pay tribute to the Emerald Necklace and she hopes the exhibition will entice more people to explore the parks. The five fog installations will materialize every hour from dawn till dusk.