As announced here late Thursday evening, His Holiness the Dalai Lama met with U.S. president Barack Obama on Friday, February 21 at 10am EST in the White House map room. 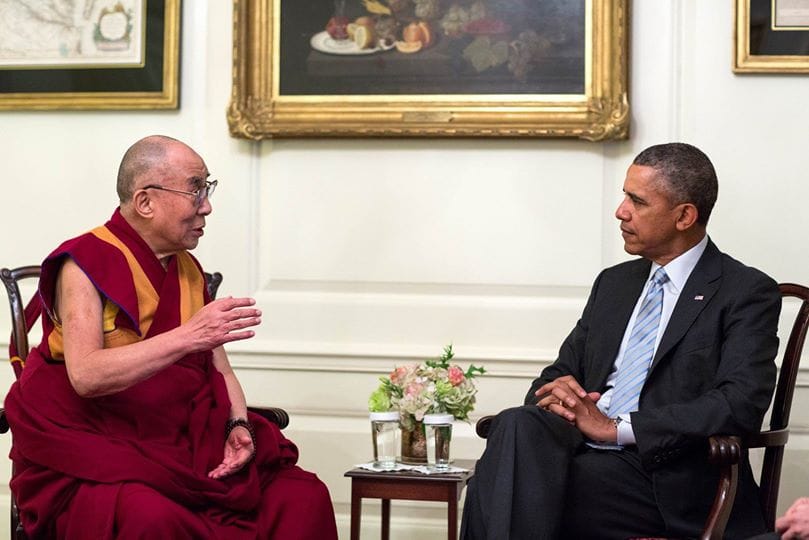 The International Campaign for Tibet (ICT), citing a post-meeting statement from the Central Tibetan Administration (Tibet’s government-in-exile based in Dharamsala, India), said, “During the meeting, President Obama expressed his deep concern about the worsening human rights situation in Tibet, and reiterated his support for the preservation of the unique religious, cultural, and linguistic traditions of Tibet.”

This was the third time President Obama and the Dalai Lama have met; the last meeting was in 2011.

Despite a carefully worded announcement from the White House that President Obama was meeting the Dalai Lama strictly in the latter’s “capacity as an internationally respected religious and cultural leader,” the Chinese government quickly and strenuously objected to the meeting, saying through its Foreign Ministry, according to the Washington Post, “It is a severe violation of the principles of international relations. It will inflict grave damages upon the China-U.S. relationship.”