The pieces, which were likely stolen in 2001, were intercepted while being smuggled into the United Kingdom in 2002. 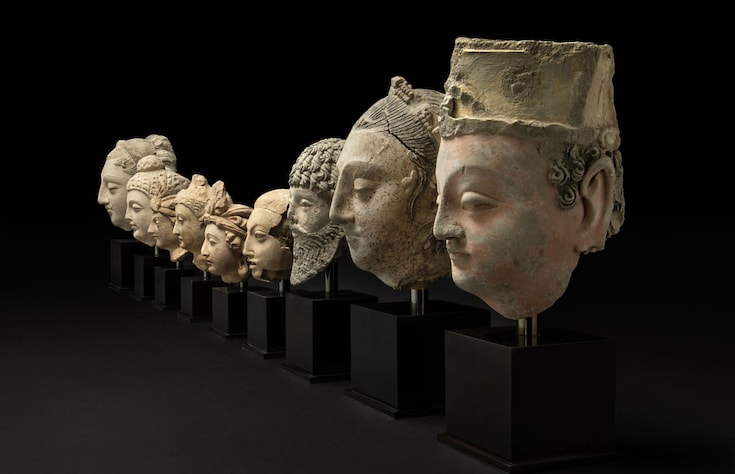 Photo courtesy of Trustees of the British Museum.

Fragments from 4th-century Buddhist sculptures are among 843 objects that will be repatriated from the British Museum in London to the National Museum of Afghanistan in Kabul.

The fragments, which include 9 heads and a torso, were intercepted by British authorities in 2002 while being illegally smuggled into the country from Pakistan. The fragments were looted from statues at Buddhist monasteries in what was once the ancient kingdom of Gandhara, now modern-day Pakistan and Afghanistan. They were likely stolen at the height of the Taliban’s iconoclasm in 2001. After a long legal process, the artifacts were stored in the British Museum for “safekeeping and recording” and are now finally going to be returned to Afghanistan.

“They are stunning” St. Jon Simpson, senior curator of Pre-Islamic Ancient Iran and Arabia at the British Museum, told The Guardian, “These are quite outstanding. We’ve returned thousands of objects to Kabul over the years but this is the first time we have been able to work on Buddhist pieces.”

According to the Independent, the nine terracotta heads include a portrait of the Buddha, turbaned bodhisattvas, a bald monk, and, possibly, a depiction of Vajrapani, spiritual guide of the Buddha. The Evening Standard identifies the stone torso as part of a statue of a Buddhist holy man.

The fragments are from a time when Buddhism was dominant in what is now Afghanistan, when hundreds of monasteries were constructed. Most of the monasteries were abandoned upon the arrival of Islam in the 8th century. The return of these sculptures is “hugely important symbolically,” explained Simpson, because they are one of the largest groups of Buddhist art to be returned to Kabul.