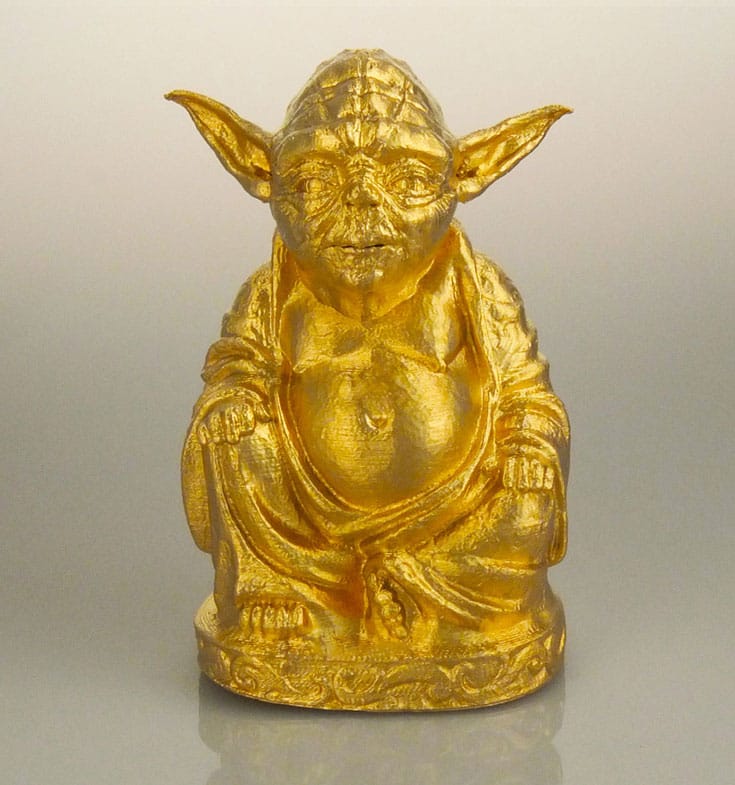 Today CNet alerts us to the existence of a new Etsy store, run by digital artist Chris Milnes, that sells “Zen” versions of iconic pop-culture characters — Batman, Yoda, Darth Vader, Chewbacca, Boba Fett, Groot, and so on — whose heads have been supplanted onto the body of Hotei, often referred to as the “laughing Buddha.” They’re all 3D printed, and so are a good deal more affordable than your usual pop objet d’art.

Note: Now you have a chance to own this meditating Yoda sculpture. There’s one up for sale in the Lion’s Roar Online Auction. Place a bid now, and support the work of the Lion’s Roar Foundation.

About his work, Milnes says it “consists of mashing up existing items to bring a new meaning. In the case of these statues I’m equating Buddhism to ‘The Force’ in ‘Star Wars’ lore.” 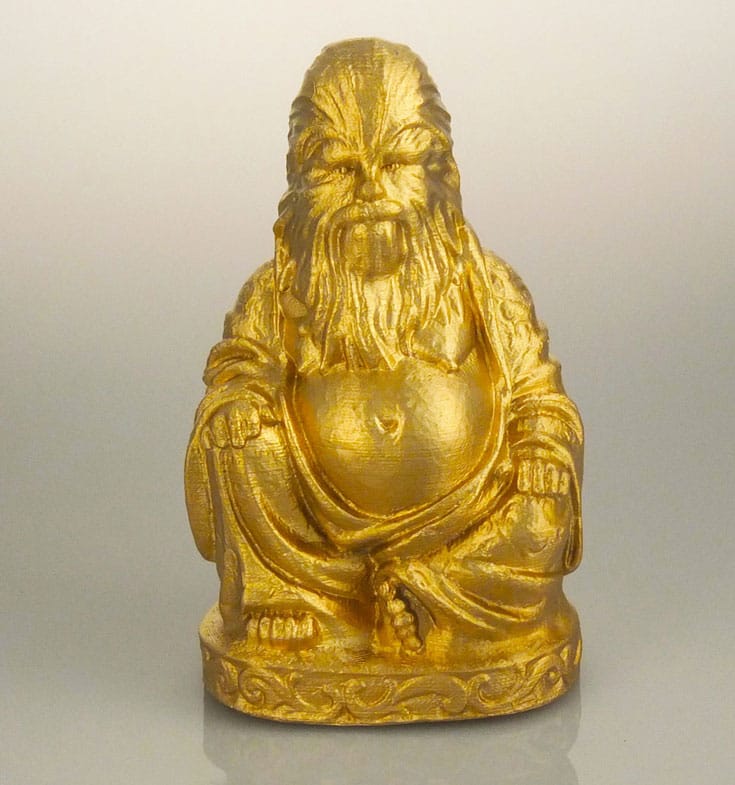 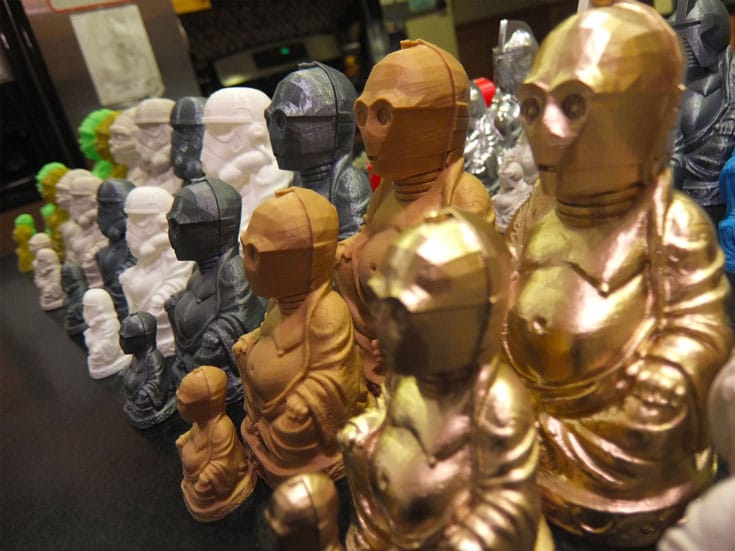 An array of Milnes’ other statues.

Check out all his statues and order one to delight your favorite Buddhist geek here, or place a bid on one in the Lion’s Roar Online Auction:

The digital team at lionsroar.com loved these 3D-printed figures when they first set eyes on them. Created on a printer by Mucky Chris designer Chris Heines the Auction now has the pleasure of making this Zen Yoda available to the bidding public…