Users would be able to earn “Karma Coins” by meditating and teaching Buddhism. The coins could be spent within a special Buddhist community called the “Lotos Network.” 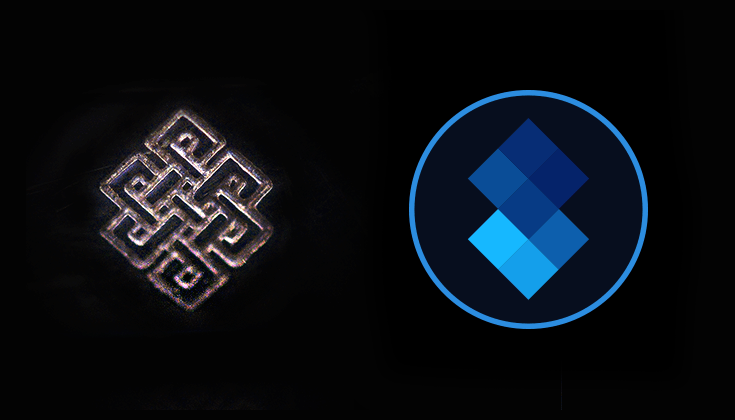 The proposed community is called the “Lotos Network,” and the creators want it to be a “global monastery” that uses its own cryptocurrency, called “Karma Tokens,” that community members can earn by meditating and teaching.

What is a Buddhist cryptocurrency?

At the core of the community would be its own economy, based on “Karma Coins,” which the creators say is the first real-world implementation of the concept of “Buddhist Economics.” That’s a term coined by philosopher E.F. Schumacher in the ’70s, and recently further developed by Berkeley professor Clair Brown. The currency would “reflect the true values of a Buddhist economy,” reads a post on the Lotos blog, meaning that the currency would be accumulated and spent “in ways helpful to the Noble Path.”

In 2013, a postgraduate researcher surveyed Bitcoin users to find out how they used Bitcoin. They found that the most common usage, reported by a third of users, was for anonymous gifts, tips, and donations. The results seemed to suggest that cryptocurrencies naturally encourage “gift economies,” which have roots in the Buddhist concept of dana, or “generosity.” Lotos Network picks up on the idea that one could create an economy free from the materialist fetters of common currencies.

A quick explanation of blockchain

(You can skip this section if you already know what Ethereum is.)

Blockchains are the technology behind Bitcoin, the world’s most popular cryptocurrency. On a blockchain, every transaction is anonymously tracked by the sender, the receiver, and a third party — and everyone in the world can see that anonymous data. This makes fraud and counterfeiting virtually impossible. Cryptocurrencies like Bitcoin have no banks, fees, or geographic restrictions; this convenience makes them increasingly popular around the world.

Blockchains can be used for a lot more than just currency. They provide a reliable, transparent way to record any interaction between two parties. That could include a purchase, a contract, a vote, a conversation, or anything else.

Keeping this in mind, the second most popular cryptocurrency in the world is called “Ether.” Ether is the official currency of “Ethereum,” which is kind of like a whole society built with blockchain technology. On Ethereum, you can create contracts, organizations, roles, and even sub-currencies (called “tokens”) — all using blockchain.

So what’s the “Lotos Network”?

Lotos is an idea for an entire Buddhist community built within Ethereum. By establishing a transparent spiritual community based on blockchain, the creators hope to largely eliminate corruption and charlatanism. They say the community could make teachings and practice more accessible, sustainable, and measurable.

The idea is laid out in a white paper. From its executive summary:

Decentralization solves the major problems of religion — corruption, incentivization, efficacy, and accessibility. Corruption is made impossible by transparent transactions. Karmic incentivization is made tangible. Efficacy is made empirical through open-source protocols. Global accessibility is reached through a cloud-based matchmaking service.

The creators say their aim is to “disrupt religion with the world’s first decentralized spiritual community.”

Within the Lotos community, real-world teachers, students, and communities could establish organizations for study and practice. These organizations would be completely democratic.

Members would pay a monthly fee to access exclusive features and content, but they would be able to earn most of monthly fee back — in the form of Karma Coins — by meditating online. Community members could also earn Karma Coins by teaching. The coins could be spent on courses, donations, and the monthly fees.

The fee would also get them access to exclusive content. Karma coins could be bought or sold in other currencies. They could be earned by teaching, and spent on courses, donations, and subscription fees.

The creators propose other high-tech features like a chatbot that could answer common questions about meditation, wearable technology that could measure brainwaves and other biometric data, and VR headsets for immersive environments. (Many of these are nascent technologies that we have reported on before.)

“What does the future look like?” ask the creators. “Perhaps in 100 years, adherents will belong to different sects with self-contained blockchain economies, where the structural rules of the smart contracts governing the system form the essence of that community’s beliefs. Lotos is a project to explore this vision and see what is possible.”

Buddhists are forever debating whether new technologies are necessary to improve Buddhist practice. After all, Buddhists have been innovating since the time of the Buddha. As scientist and Buddhist monk Venerable Sik Hin Hung told in a conversation about his pioneering work on the neuroscience of Buddhism, “Buddhism has always incorporated what is important at the time. When people became interested in logic, there came Buddhist logic. When people were interested in mantra, there came along Buddhist mantra.”