Faith leaders are coming together to share a “Prayer for America” following a shooting at a synagogue in Poway, California. 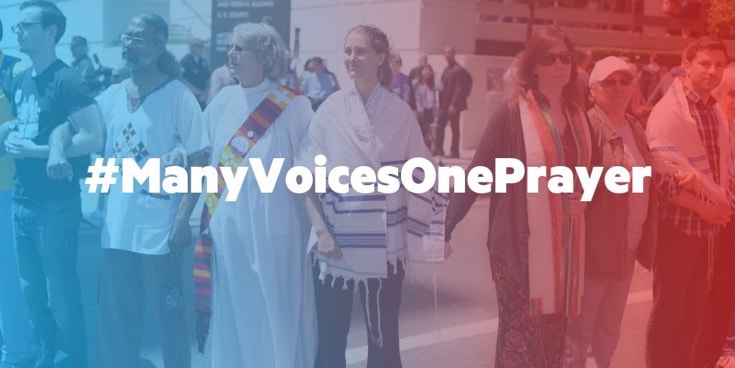 Buddhist leaders have joined other faith leaders across the United States in the #ManyVoicesOnePrayer campaign in response to recent acts of white nationalist violence. The campaign, created by the a Jewish action movement Bend the Arc, asks faith leaders across traditions to recite a “Prayer for America” and share it on social media using the hashtag #ManyVoicesOnePrayer.

We the people are many voices, faiths, identities. When white nationalists attack one of us, they threaten all of us. We…

Posted by Rev. angel Kyodo williams on Wednesday, May 1, 2019

We the people are many voices, faiths, identities. When white nationalists attack one of us, they threaten all of us. We…

Congressman Hank Johnson of Georgia, one of two Buddhists currently serving in the House of Representatives, also tweeted using the hashtag:

Powerful words from @jewishaction about the spread of white nationalism: “How many more people must die at the hands of followers of this toxic ideology before we as a society resolve to take concrete action?” https://t.co/piS8NL5IPq #ManyVoicesOnePrayer

Faith leaders are also being asked to bring the prayer to their place of worship for upcoming services.