baliga receives the award for her work “expanding access to survivor-centered restorative justice strategies that interrupt the criminalization of people of color and break cycles of recidivism and violence.” 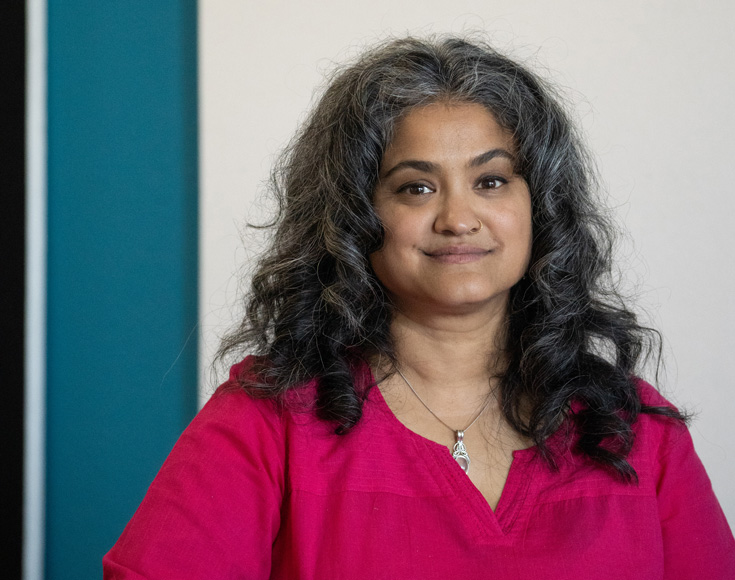 Buddhist attorney and restorative justice expert sujatha baliga has been named one of the 2019 fellows of the MacArthur Foundation — the award known as the “Genius Grant” which grants recipients with $625,000 over five years.

baliga receives the award for her work “expanding access to survivor-centered restorative justice strategies that interrupt the criminalization of people of color and break cycles of recidivism and violence.” Her work was previously featured in the “Bodhisattvas” department of Lion’s Roar magazine.

baliga is a former victim advocate and public defender who was “never satisfied with legal outcomes that framed success as beating the other ‘side.’” Now, as a restorative justice practitioner, she devotes equal dedication to both crime survivors and those who have caused harm. She was awarded a Soros Justice Fellowship in 2008 and launched a pre-charge restorative juvenile diversion program. In 2015, she helped found the Oakland-based Impact Justice, “a national center developing methodologies to reduce incarceration and create a more humane and restorative system of justice,” where she serves as the director of its Restorative Justice Project.

As her website reads, baliga’s Buddhist faith journey “undergirds her justice work.” A long-time Buddhist practitioner, she is a lay member of the Gyuto Foundation, a Tibetan Buddhist Monastery in Richmond, CA, where she leads meditation on Monday nights.

As baliga explains in the video announcing her MacArthur Fellowship, her own experience as a survivor of child sexual abuse led her to her career in restorative models of justice and interest in addressing sexual harm, child sexual abuse, and intimate partner violence.

“I was sexually abused by my father, and what I knew then was that the very systems that were, in theory, designed to protect me, were what ensured my silence. If someone had asked me ‘What did you need?’ I wouldn’t have said ‘lock up my father’ or ‘take me away.’ I would have said ‘Help my family heal,'” she said.

While traveling in India before law school, baliga delivered a letter His Holiness the Dalai Lama, hoping he could help her address the anger she had held onto since childhood. She wound up in a meeting with him, where she asked “Anger is killing me, but it motivates my work. How do you work on behalf of abused and oppressed people without anger as a motivating force?” His Holiness suggested that she align herself with her enemies without excusing their behavior, but understanding their conditions and needs.

baliga is currently writing a book about her own journey to forgiveness, and the role of forgiveness in restorative justice.

“I was drawn to restorative justice because it works best without involving the criminal legal system or other systems of separation and oppression,” she said in a statement on the MacArthur Foundation’s website.

“Restorative justice inspires me because I get to see families and communities achieve safety, accountability, and healing through dialogue. It helps me create what I needed when I was a child.”