Scott Wellenbach, a translator of traditional Buddhist texts, placed third at a poker tournament in the Bahamas, winning $671,240. 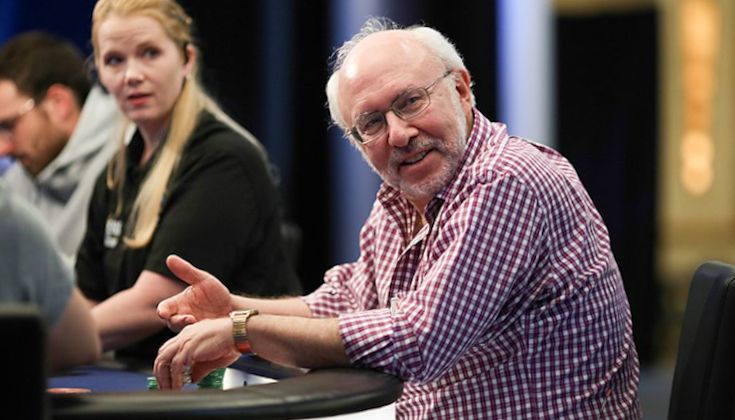 Scott Wellenbach walked away with $671,240 at an international poker tournament in the Bahamas last week, and he isn’t planning to keep any of his winnings.

For many years, Wellenbach has donated his poker winnings because he doesn’t feel comfortable making money off of a game that leads others to addiction and suffering. In the past, Wellenbach has supported various causes focussed on housing, health care, food, education, and human rights.

While he hasn’t decided where he will donate his most recent winnings, Wellenbach told PokerNews.com that he hopes “a wise decision happens and the money goes to good purposes and certain human beings or other sentient beings so that their lives are eased in some way.”

In 2017, Wellenbach won $92,000 in a tournament in Barcelona and pledged most of the money to a Buddhist nunnery in Nepal.

At the time, he told CBC Radio that “Buddhism, like many traditions, has had a difficulty with gender bias, and I think it’s very important to support the education of young nuns… I think the studies I’ve seen on the effectiveness of giving show that if you empower women, that’s about as big a bang for your buck as you can get.”

A 67-year-old translator of Tibetan Buddhist texts who lives in Halifax, Canada, Wellenbach has been fascinated with poker since he was a child. The interest followed him through school, adulthood, and his conversion to Buddhism. He told PokerNews.com in 2017 that his Buddhist practice improves his poker game.

“When you practice meditation and develop the qualities of mindfulness and awareness, you become friends with yourself,” Wellenbach said. “You become more accustomed to all of those thoughts an emotions that course through our mind and often take control of is, emotionally or psychologically. As you become familiar with what’s going on with you, perhaps those thoughts and emotions have less power over you, so you can see more clearly what’s going on on the table and what’s going on with you, and, hopefully, do the right thing.”

Wellenbach hasn’t kept a tally of his collective winnings over the years, but he estimates that it is now more than $1,000,000. Although he has played in Las Vegas, Barcelona, and Niagara Falls, he doesn’t travel to poker rooms unless he wins an online qualifying tournament, as he did for this recent tournament.