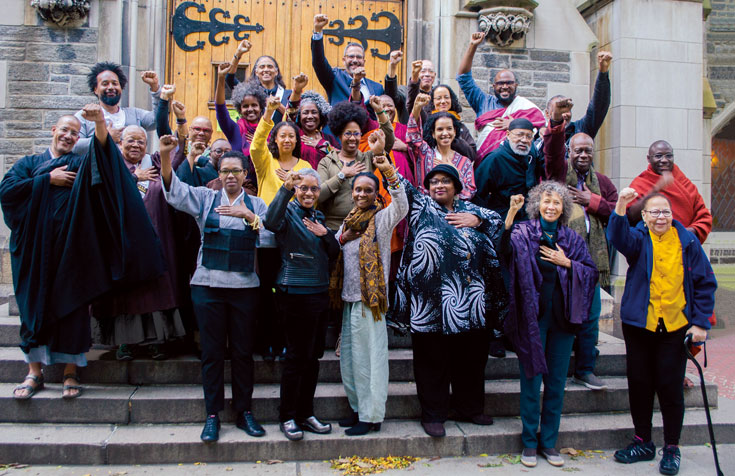 Buddhist leaders of black African descent in October 2018 at The Gathering. Photo by Garlia Cornelius.

Buddhist teachers and practitioners of Black African descent will come together at Spirit Rock Meditation Center in California for a two-day non-residential retreat on October 12 and 13, 2019, The Gathering II.

The Gathering II weekend will include dharma talks, meditation, workshops, and panel discussions. On Saturday evening, author, scholar, and activist Angela Davis will join the event in conversation. Buddhist teachers Noliwe Alexander, Myokei Caine-Barrett, Konda Mason, and Rev. angel Kyodo williams, the organizers of the event, will be in attendance alongside other guests.

“As we come together for this monumental gathering, Black Buddhists from around the globe will join in an exploration of deep learning about our true essence, resilience, and strength,” said Noliwe Alexander.

Spirit Rock has offered retreats for People of Color for two decades. “By creating space for Buddhist teachers and practitioners of Black African descent only,” they say, “an opportunity arises to celebrate ancestry and deepen community.”