In the past six weeks, approximately 2,300 children have been separated from their parents at the US–Mexico border. Though US President Donald Trump announced Wednesday he would end the practice, CNN reports, “it’s unclear whether those children will be reunited with their parents.”

Just one section of a very long line of people surrounding the ICE building at 4310 SW Portland in silent protest. #AbolishICE #Resistance pic.twitter.com/m29kHEgzUK

Prominent Buddhists across America have denounced the US treatment of migrants at the border. The past week has seen an upwelling of outcry from Buddhist communities, most notably with a letter calling for an end to family separations signed by 200 Buddhist teachers.

For months, members of Portland’s Buddhist Peace Fellowship have organized a monthly silent march and protest at the city’s @ICEgov office. Yesterday, more than 300 people showed up. My colleague @bethnakamura took some striking photos. https://t.co/Su4Y9q6NlJ

Since July 2017, the Buddhist Peace Fellowship and the Interfaith Movement for Immigrant Justice have been organizing a monthly silent protest at the ICE offices in Portland. Oregon Live reports that 300 protestors showed last week to protest by silently walking a circle around the ICE offices.

Thanks to Sue St Michael for these photos.

Lion’s Roar contributor and Buddhist practitioner Ray Buckner has organized a protest meditation in New York City across from Trump Tower at 5:30 p.m. on Monday, June 25.

“As a Buddhist, I feel called to act and breathe in solidarity with those who are suffering and in moral opposition to those enacting such violence,” writes Buckner. “I cannot continue to walk by Trump Tower and do nothing as I have so many times before. As a white practitioner, I feel called to sit with the weight of the suffering this President has enacted, the weight of the suffering of these families and hurting people, and in as grounded a way as possible, practice care for them in this moment.”

Spirit Rock Teacher’s Council met yesterday as a group and offers these reflections on recent news. May this be…

Zen teacher Grace Schireson wrote that she has coordinated with Buddhist Peace Fellowship and local Zen groups to attend the Families Belong Together march in San Diego on Saturday.

Posted by Buddhist Churches of America on Wednesday, June 20, 2018

The Buddhist Churches of America, Honpa Hongwanji Mission of Hawaii, and Spirit Rock Teachers Council published statements on the government policy. Meditation teacher Kate Johnson wrote on Facebook that she is “Calling the hell out of my elected officials” and encouraged others to call their senator to support the Keep Families Together Act.

Abbot of the Houston Zen Center Setsuan Gaelyn Godwin attended a City Council gathering after learning Houston had become a potential site for housing the children after a facility the city had been negotiating to use for long-term homeless housing was secretly leased to an organization to house the children.

Godwin attended the meeting alongside Ana Camacho of Dawn Mountain Tibetan Temple and a group of Houston faith leaders and representatives of Houston charitable organizations. 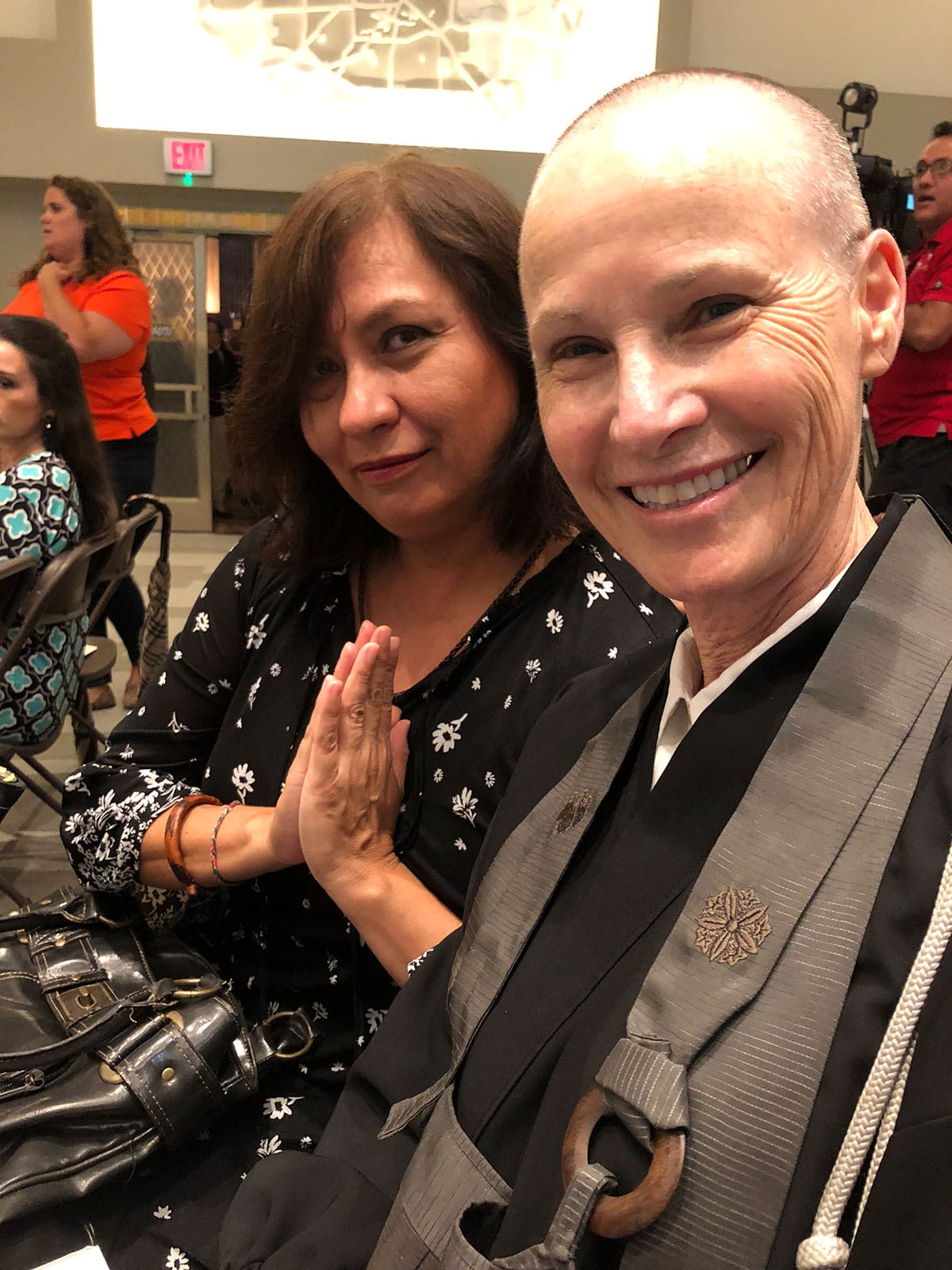 “We stand united in the face of this moral outrage and will work together, here in Houston, to protect the children and families who are being so cruelly and unjustly mistreated,” says Godwin.

“We Buddhists are experts at attention – we have a great deal to offer the broad array of activists who are engaged in this situation with us. I heard many appreciative comments at the City Council gathering from folks who deeply value our participation, who value our particular skills.” 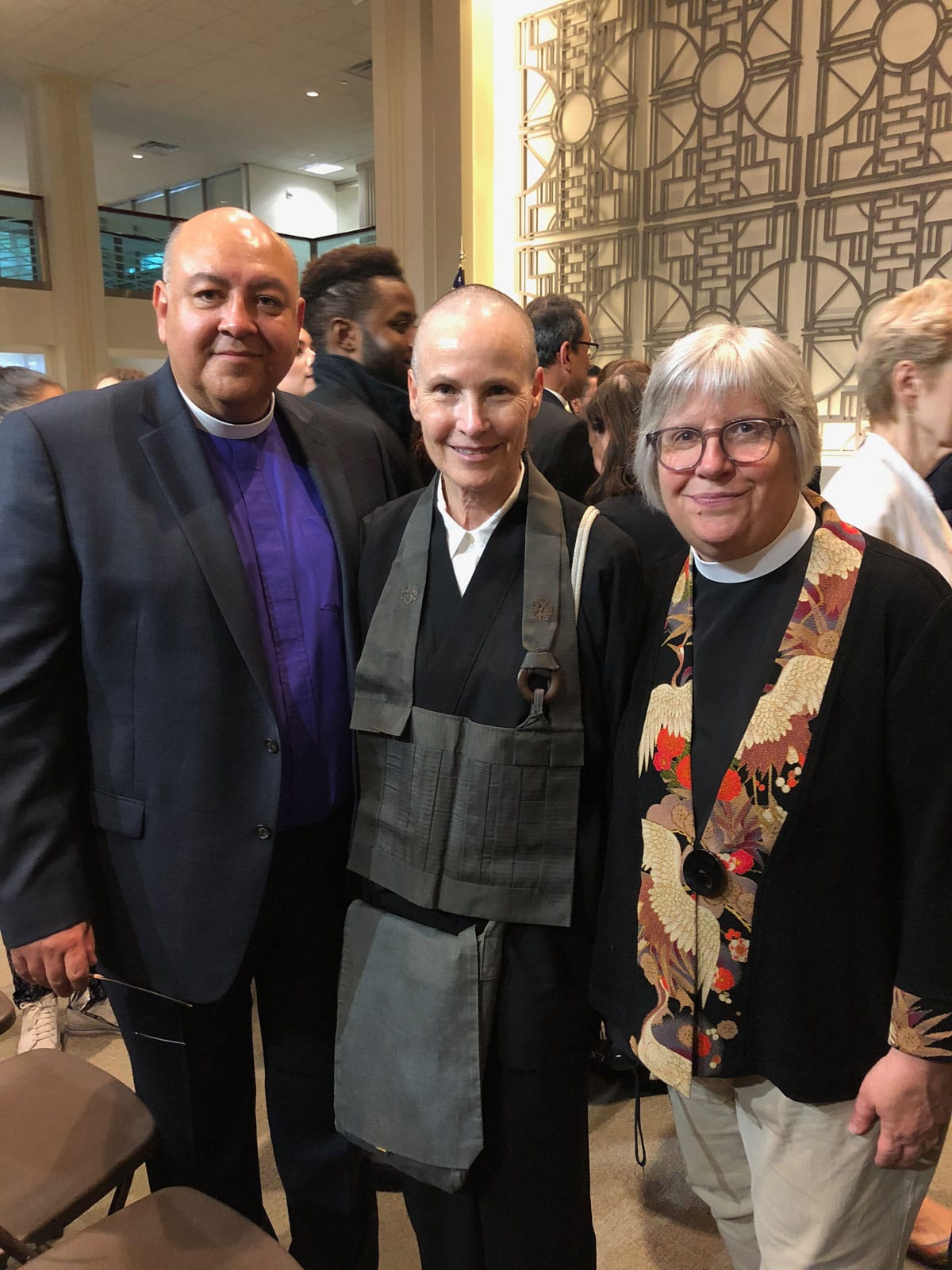 In a post on LionsRoar.com, Zen teacher Joan Halifax wrote, “I believe our success as a democracy is being seriously compromised by a deficit of compassion and a pervasive absence of integrity.”

Susan Kaiser Greenland, a meditation teacher trained in the Tibetan Buddhist tradition, launched an online space called Mindfulness Together to share resources on and raise awareness about child separation.