Barry Boyce explores how architects are integrating contemplative practice into their spatial constructions. 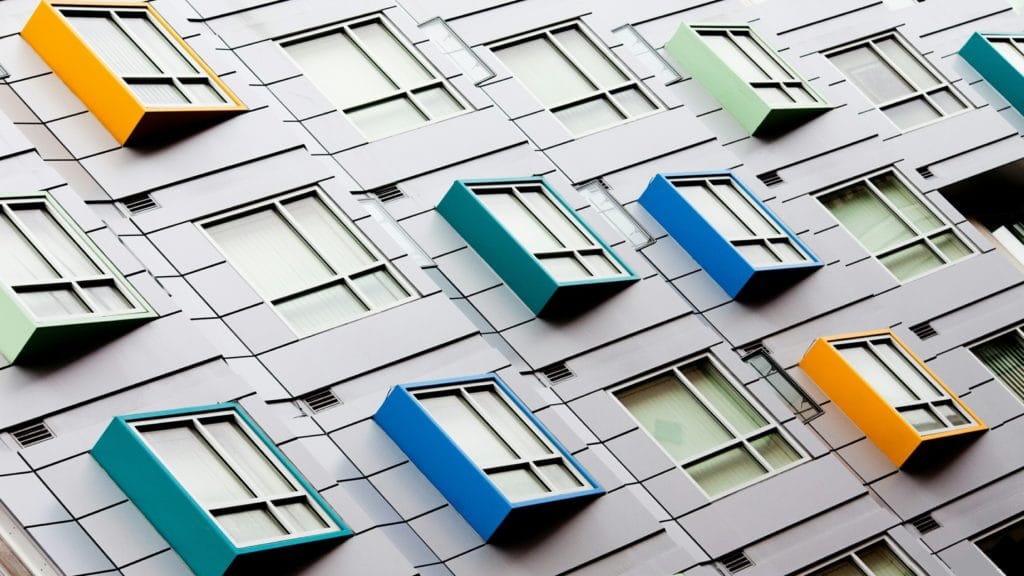 One day early in his career, the architect Louis Kahn stumbled upon Kakuzo Okakura’s The Book of Tea. Written in the early years of the twentieth century, Okakura’s book used the tea ceremony to celebrate an aesthetic of simplicity, quiet, and harmony. It changed Kahn’s whole approach. He began to see architecture as the work of the mind made manifest in the world of structures. And he tried to make buildings that, as C.S. Lewis put it, have “insides that are bigger than their outsides.”

As a young architect, Peter Schneider, now a professor at the University of Colorado’s College of Architecture and Planning in Denver, was taken with Kahn’s approach. As a teacher of architecture, Schneider began to investigate the roots of the discipline’s ways of thinking and discovered the ancient work of Vitruvius, whose Ten Books on Architecture, Schneider says, treats the art of building as “what today we call reflection-in-action, paying attention to what you are doing while you are doing it.”

“It’s easy to do things mindlessly or because that’s the way things have been done before, but that is dangerous,” Schneider points out. “When you put up a building or put in a road or a mall complex, you’ve changed the face of the earth. It’s not going to be the same again. Knowing that, you have to approach what you do mindfully. That’s what Kahn was doing, and what Vitruvius was saying is essential to doing good architecture.”

In his studio classes for architects-in-training, one of the first things Schneider does is ask them to describe the first shelter they built for themselves as children. This helps students understand in a tangible way the deep roots that shelter building has in our psyche. When we mark out a structure as a child—a blanket stretched over chairs, cardboard boxes duct-taped together, a snowhouse, or a hideout in the spreading branches of a pine tree—we’re “linking the making of shelter with finding shelter within ourselves, a kind of meditative act,” Schneider says. “All children do it. In fact, we all do it.” This kind of exercise enables students to begin thinking about shelters and structures as not merely technologies, but environments that affect how we see the world.

From there, students move on to experiencing space and form by combining walking with quiet sitting. “I would call it ‘beholding meditation,’” he says. “You sit in a particular setting, such as a staircase or a small room that has various kinds of light. You behold the environment and then afterward you write about that experience.” Schneider uses a variety of exercises with similar themes, such as reading slowly and deliberately to slow down the apprehending mind. “It’s about the difference between looking and seeing,” he says.

Over time most of the would-be architects come to appreciate the contemplative dimension of their work. “They usually come to see,” Schneider says, “that they are in environments with layers of richness much greater than they would have imagined. They also see that they carry with them a whole history of the environment embedded within. They are not tabula rasa. Seeing that inspires more creative design thinking.”

Schneider says many students have told him that they thought he was crazy at first. “But now they say, I see that I’ve learned to do this work much more mindfully and consciously.’ And that is something we sorely need,” he says. “Whenever you intervene in the environment, you can’t just do it on habit. You need to pay attention and see the consequences and allow a design to emerge that responds mindfully to the site, the people, and how they want to use it.”

Kat Vlahos grew up on a ranch in Colorado that was settled by her immigrant Greek forebears. Her relationship to the land is deep. Like Schneider, she is a professor at the University of Colorado, and teaches studio courses in which students learn about “working landscapes”—places where people have worked with the land over time to create something such as a ranch, a place “where the buildings tend to be secondary to the land.” She calls her course “Dwelling Place of the Western Spirit.”

Vlahos says that when she began this work in 1999 she taught a course called “Building in the Land.” Since that time, she says, understanding of land stewardship, resources, and sustainability has increased to the point where these considerations are entering the mainstream of architecture and architecture education. Still, most of her students have grown up in urban or suburban environments, so they don’t have a strong connection to the land and its rhythms. To them, she says, the environment is an abstraction rather than “an ally and friend, one who supplies you with life and livelihood, and whose ways must be understood and counsel respected.”

“Architecture can be violently disruptive, but the more that students connect with the land, the less they want to disturb it.”
— Kat Vlahos

An essential element in her class, Vlahos says, is taking her students on field trips, overnight if possible. “We need to go to the land and experience sun, wind, earth, and water,” she says. In Vlahos’ training, if you are considering the quality of the sun— light, heat, reflection, shadow, and so forth—you sit in the location where the building would be sited and you quietly experience the quality of the sun at different times of day. “What is the quality and the quantity of the sun as you are viewing the south?” she asks. “How does that shift when you turn to the east?” Vlahos often found that students’ designs were not sensitive to the environment and what people’s experience of the structure would be. “They would draw the same kind of window all the way round,” she says, “but maybe the openings to the east should be quite different from the openings to the west.”

Vlahos asks students to sit in sun and then to move to shade and pay attention to what happens to their bodies. In that way, she says, they begin to understand buildings as skins, systems that will have the same responses as one’s skin. From a shoji screen to a massive concrete wall, building materials are the skins that form the interface between outside and inside.

In the same vein, she asks students to contemplate water, wind, and earth: noticing how the water works on the land and trying to discover ways to use it best, thinking of how structures will affect air movement, experiencing the texture and colors of the land as a way to consider how the buildings erected there can be in a harmonious relationship with their surroundings.

Within the last five years, Vlahos says, students have begun to rethink how they approach architecture. “The more they connect with the land,” she says, “the less they want to disturb it—and architecture can be violently disruptive.” Now, rather than trying to build something as a monument to their talent, “more often than not they’re seeking ways to rehabilitate or recycle buildings to meet new uses.”

Vlahos emphasizes that her projects are never theoretical: “They deal with real people in real places. Architecture is a community act. It’s a cultural act.” To be truly mindful in architecture and planning, she says, you need to see all the forces coming together—“the land, the environment all around, all the people affected. And then your work can be sensitive and connected to the elements.”