Two Buddhist centers in California have been evacuated due to the Caldor Fire and Monument Fire. 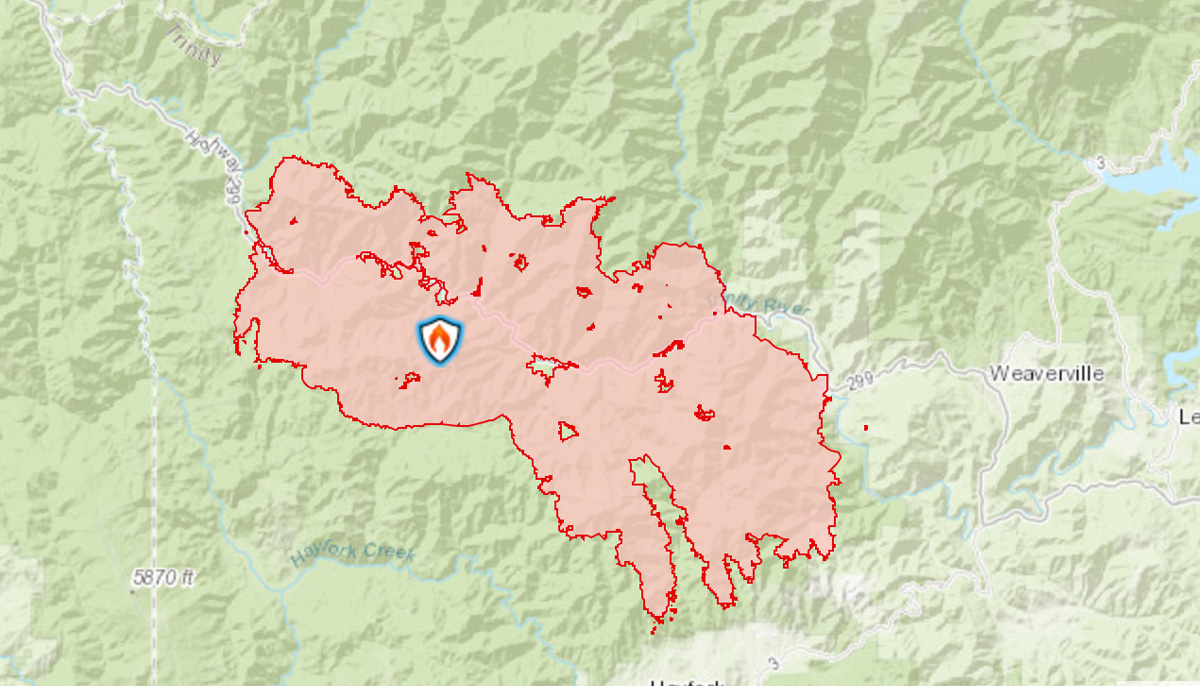 Map of the Monument Fire on August 18, 2021. Screenshot via Inciweb.

Two Buddhist centers in California have evacuated due to wildfires raging across the state. Aloka Vihara Forest Monastery has been evacuated due to the Caldor Fire, and Chagdud Gonpa Rigdzin Ling was hit by the Monument Fire. There have been no reports of injuries at either monastery due to the fires.

Chagdud Gonpa Rigdzin Ling took the direct hit from the Monument Fire on Monday. Fire crews fought the fire throughout Monday night. In a statement released by the monastery on Tuesday, four of the buildings remained intact after the fire.

“The fire is still raging on and we are not ‘out of the woods’ yet,” said Lama Padma in a statement on the retreat center’s website. No members of Gonpa are currently allowed to access the monastery.

“Please continue to pray and invoke the blessings of the enlightened lineages to remove the uncertainty and suffering throughout the local community and amongst the animals,” said Lama Padma.

Aloka Vihara Forest Monastery evacuated due to the Caldor Fire late Tuesday night, with all members safely arriving at the Sacramento Dharma Center. In a statement on the monastery website, Ayya Niyyanika said they were able to do some protective measures to the monastery before they evacuated.

“May all beings be safe. May we practice for liberation. May we act with compassion,” said Ayya Niyyanika.

The Caldor Fire is currently 0% contained, and El Dorado County was declared under a state of emergency on Tuesday due to the fire. Two people were airlifted to hospital with injuries from the fire. The cause of the fire is still being investigated.

The Monument Fire is currently 10% contained. The fire started from a lightning strike on July 30th.