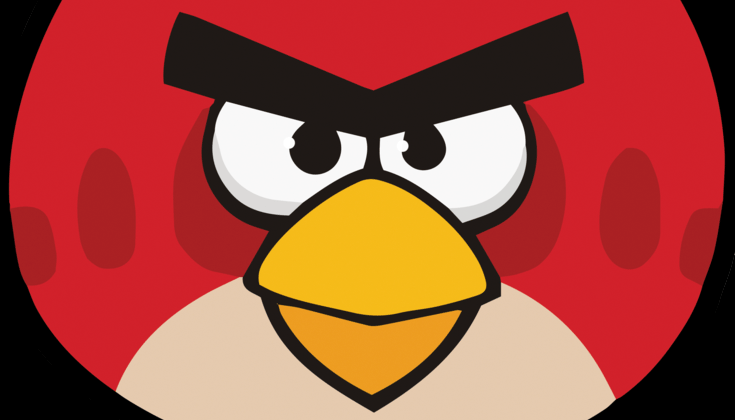 Video games are famously, perhaps even notoriously, attention grabbing. Players frequently become so immersed, they lose track of time and seem to ignore everything and everyone around them. Parents and spouses of gamers often complain that it’s nearly impossible to tear their loved ones away from their favorite games. But could the highly immersive quality of good games actually be a clue to how our attention works—and how we can better control it?

I met Vasily on the other side of the world, high in the mountains of Ganghwa Island, an hour outside of Seoul, South Korea. I had escaped the city for a weekend stay at the ancient Jeongdeungsa Temple, build in A.D. 381, where visitors are invited to learn about Buddhist cultures and traditions.

Vasily was our teacher for the weekend. Tall, handsome, and Russian, he was not quite the kind of monk I expected to meet at a temple in South Korea. I soon learned that he had been ordained as a monk in Russia, but had chosen to make Jeongdeungsa his home, as he preferred the peace and beauty of the landscape.

After two days of practicing Buddhist methods of meditation and prayer and chanting with our group of twenty students, I had a chance to sit down for a chat with Vasily. I wanted to ask him his opinion about the role of play and games in a spiritual and happy life. I knew that the Buddha had famously rejected games, compiling a list of all the games he would not play—including those with balls or dice and even “guessing at letters traced with the finger in the air or on a friend’s back.”

Vasily explained to me that the Buddha rejected games on the grounds that they were “a waste of time.” (Worrying about games as a waste of time? Apparently, not much has changed in the past twenty-five hundred years!) The problem, according to the Buddha, was that games distracted players from the more important work of seeking enlightenment. Vasily shared this concern and discouraged me from using games to “escape reality” rather than be present in the moment. 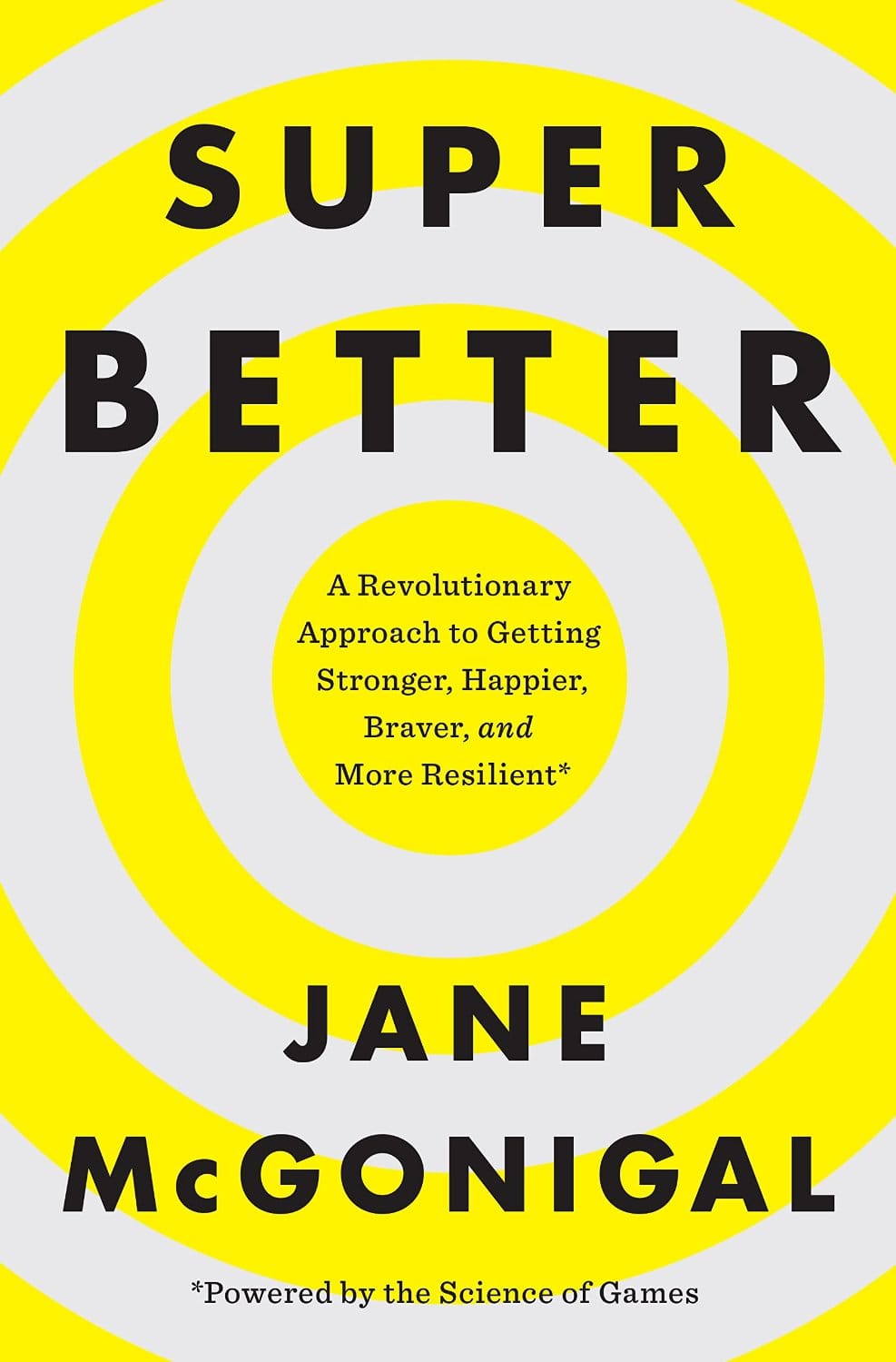 This essay is an excerpt from Jane McGonigal’s “SUPERBETTER: A Revolutionary Approach to Getting Stronger, Happier, Braver and More Resilience – Powered by the Science of Games”. “In this book, Jane McGonigal shows a playful doorway to well-being and how much we can gain from training attention. This is using the art of games to grow, heal and learn.” – Jack Kornfield, Buddhist teacher at Spirit Rock Meditation Center.

But then Vasily lowered his voice and said something that rather shocked me: “Of course, I play Angry Birds every night.” Looking a bit sheepish, he explained, “We meditate for hours. We pray for hours. There are still many hours in the day.” He did not see his game play as an escape: “Especially in the evening when I am tired, one hour of Angry Birds is a way to focus and calm my thoughts. It is skillful practice, not escape.”

Here was someone who had spent years training in the Buddhist practice, mastering some of the most powerful attention-control techniques ever devised. And even he, a master of highly complex forms of meditation, breathing, and prayer, had decided to integrate video games into his daily rituals!

When we play games, we’re not just paying attention to the game—we’re paying a special quality of attention.

I had been learning from Vasily all weekend, but now I had the chance to share with him some of my own wisdom – gleaned from fifteen years of studying the psychology and neuroscience of games.

When we play games, I explained, we’re not just paying attention to the game—we’re paying a special quality of attention. That quality is called flow.

Flow is the state of being completely cognitively absorbed in an activity. It’s not mere distraction or engagement; it’s full engagement. It’s being totally immersed in, motivated by, and energized from the challenge at hand. In a state of flow, you not only lose track of time, you lose a sense of self-awareness. You experience a “deep focus” on the activity and no conscious awareness of competing thoughts or emotions.

First identified by American psychology researcher Mihaly Csikszentmihalyi in the 1970s, flow is considered an extremely positive psychology state—indeed, perhaps the most optimal psychological state. A flow state can be achieved in many different ways, as long as the right conditions are met. It emerges when we have a clear goal, a challenging task to perform, and sufficient skills to meet the challenge—or at least to come close enough that we are energized to try again and do better. People find flow playing guitar, cooking, running, gardening, doing complex mathematics, and dancing—to name just a few ways. However, compared with a quick video game, these activities aren’t always as easy to perform in stressful contexts and everyday environments (and definitely not in an operating room before surgery). Moreover, when Csikszentmihalyi first wrote about the phenomenon of flow, he identified games and play as the quintessential flow activity.

Perhaps surprisingly, many leisure activities that we commonly think of as a good source of distraction do not typically lead to a flow state: watching television or movies, listening to music, or even reading. While these may be pleasurable and can indeed take our mind off of our problems, they are not usually challenging and interactive in the way that flow-inducing activities must be. This is an important insight, because many people naturally turn to relaxing activities as a way to deal with stress, anxiety, or pain. But flow research shows that a challenging interactive task actually gives us more control over what we think and feel than a passive relaxing activity.

The benefits of mindfulness meditation stem directly from “a state of positive and full immersion in effortful activity.” Meditation, it turns out, is a form of play!

Flow is the reason that games, more than any other activity, are uniquely able to help us exert more control over our attention, and as a result, our thoughts and feelings. Games give us a clear goal. They require focus and effort to succeed. And digital games provide near-constant feedback so we can improve our performance. And as soon as we improve our skills, the game gets harder, ensuring that we are always sufficiently challenged. Video games are such a reliable and efficient way to reach a flow state, in fact, that when scientists want to study the phenomenon of flow in the laboratory, they typically have participants play them. No activity that we know of creates flow more quickly, for so many people, as digital game play. And when we are in flow, we are in full control of our attention spotlight.

When I returned home from South Korea, I decided to investigate the potential link between game play and meditation further. I was delighted to find out that recently researchers have proposed in the International Journal of Psychophysioloyg that precisely the concept of flow explains these physiological changes during and after meditation. They describe the benefits of mindfulness meditation as stemming directly from “a state of positive and full immersion in an effortful activity.” Meditation, it turns out, is a form of play!

I have to admit, I am heartened by this scientific link between the benefits of meditation, which many already accept as an important and valuable mental and physical health practice, and the benefits of casual game play, which is more typically dismissed as a trivial pastime or even a waste of time. Thanks to the efforts of researchers, we now know that even though games are fun, we can and should take them seriously as a tool for becoming stronger, happier, and healthier.

It’s been almost three years since I met Vasily, but whenever I pull out my phone for a quick game – these days, I prefer Candy Crush Saga – I find myself thinking about him. I picture him in his monastery robe, seated on a meditation cushion in the oldest temple in Korea, slinging adorable birds through virtual space, both of us enjoying the peaceful experience of controlling our spotlight of attention.

From SUPERBETTER: A Revolutionary Approach to Getting Stronger, Happier, Braver and More Resilient–Powered by the Science of Games by Jane McGonigal. Reprinted by arrangement of Penguin Press, part of the Penguin Random House company. Copyright (c) 2015 by Jane McGonigal.

Jane McGonigal, PhD is the author of the New York Times bestseller Reality is Broken: Why Games Make Us Better and How They Can Change the World. Her new book SuperBetter is the definitive guide to a decade’s worth of psychology, neuroscience and medical research on how games can help us get stronger, happier, healthier, and more resilient. You can find Jane on Twitter @avantgame.