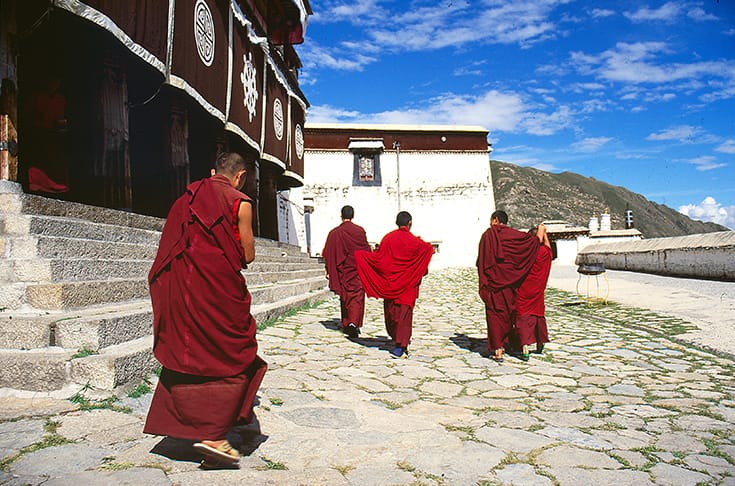 A senior Chinese official has announced that the Chinese government is planning on building a database that will dictate which Living Buddhas are real and which ones are fake. “Living Buddha” generally refers to tulkus and rinpoches, lineage holders in Tibetan Buddhism who are said to be reincarnations of important teachers. The official, Zhu Wiqun, alleged that fake Living Buddhas use their status to swindle practitioners and seduce women. He also accused fake Living Buddhas of engaging in “splittist” activities and supporting Tibetan independence, and encouraged local authorities to crack down.

This is the latest in a series of moves by the Chinese government to gain control in Tibet by coopting Tibetan Buddhist institutions. Tuesday marked the 20th anniversary of China installing their own candidate as Panchen Lama — the second most influential leader in Tibetan Buddhism — after the Dalai Lama’s appointee, a small boy, mysteriously disappeared. Marking the anniversary, Chinese officials said the replacement Panchen Lama is gaining influence and favor among Tibetan Buddhists.

The Chinese government has also generated significant controversy in the past year by insisting that it has control over the Dalai Lama’s reincarnation, despite His Holiness’s statements that he may have no successor. Last December, Reuters reported Weiqun’s statements about the Dalai Lama:

“Only the central government can decide on keeping, or getting rid of, the Dalai Lama’s lineage, and the 14th Dalai Lama does not have the final say… At the same time, the attention of public opinion in the West to the Dalai Lama is going down by the day… The Dalai Lama also has no good ideas. All he can do is use his religious title to write about the continuation or not of the Dalai Lama to get eyeballs overseas.”

In announcing the new database, Weiqun said it will help Tibetan Buddhists distinguish between “real” and “fake” lineage holders.