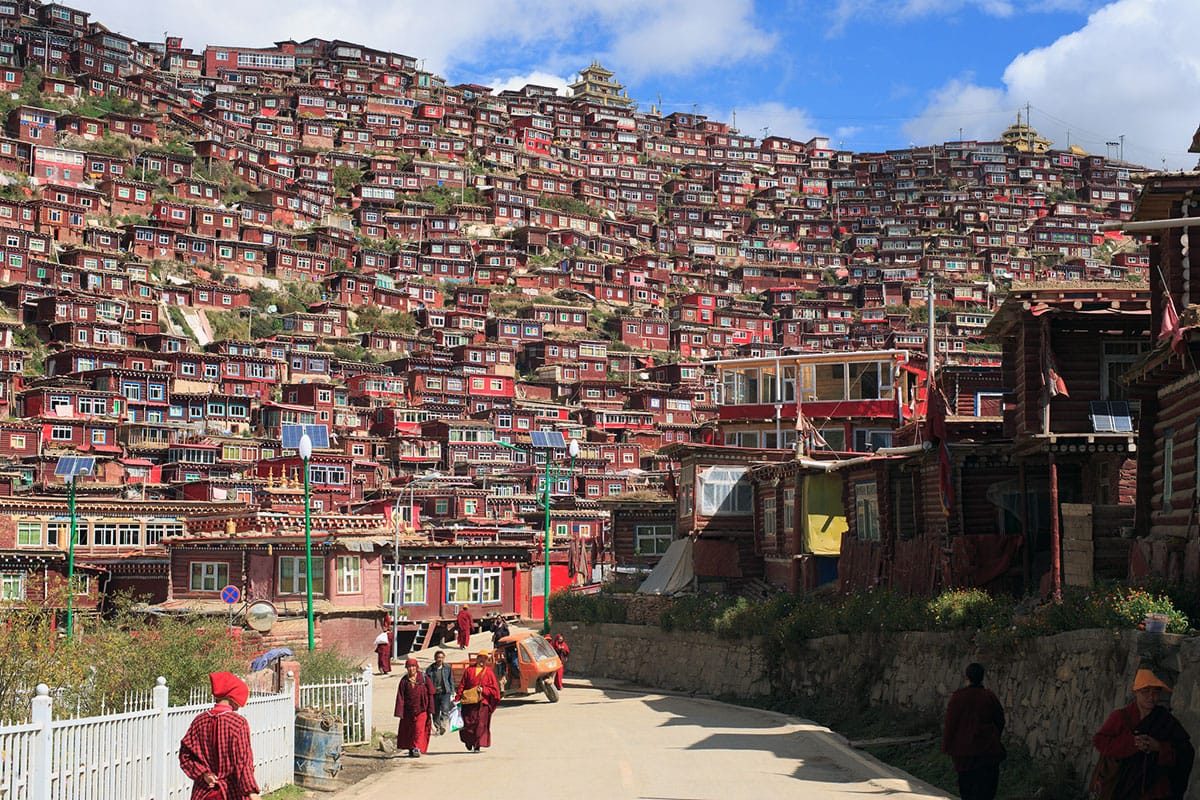 Larung Gar Buddhist Academy in 2015, prior to the demolitions. Photo by Valerian Guillot.

Chinese officials are taking over the administration of one of the world’s largest Tibetan Buddhist monasteries, Larung Gar Buddhist Academy, with a plan to put Communist Party officials in charge of the institute, reports Human Rights Watch (HRW).

Larung Gar, situated in the remote Gharze Prefecture of China’s ‪Sichuan‬ Province, has already been reduced in size after a months-long series of demolitions and expulsions that ended in April 2017. The Chinese government began demanding the population of over 10,000 people at Larung Gar be reduced to 5,000 following a strict crackdown on religious freedom in Tibet in June 2016. Officials cited fire and safety hazards as their reasoning behind the demolitions, as well as a need to “reconstruct” old buildings.

“The administrative takeover of Larung Gar by Party officials shows that the government’s aim was not merely to reduce numbers at the settlement,” says Sophie Richardson, China director at Human Rights Watch. “Chinese authorities are also imposing pervasive control and surveillance over every level of activity within religious communities.”

As Channel News Asia reports, an official document obtained by HRW states that 97 Communist Party cadres and lay officials, who are required to be atheist, will take over all management, finances, security, admissions, and choice of textbooks at the center. The center’s administration was previously run by Tibetan monks and nuns selected by senior members of the monastery.

HRW also says the document demands that the center be split into two sections: an institute with a maximum population of 1,500 residents, and a monastery with a maximum population of 3,500 residents, divided by a wall. The document demands that 40 percent of classes at the institute be on politics or other non-religious subjects.

The document also includes quotas for institute recruitment, including a “management system of real-name registration” and tags for monastics. HRW cites sources among the monastics who say that a similar system will be set up in the monastery. A large building is said to have been constructed to house the cadres.

HRW speculates that the scheme is “designed to micromanage religious institutions rather than close them down and to produce a new generation of Buddhist teachers trained equally in religious doctrine and state ideology.”