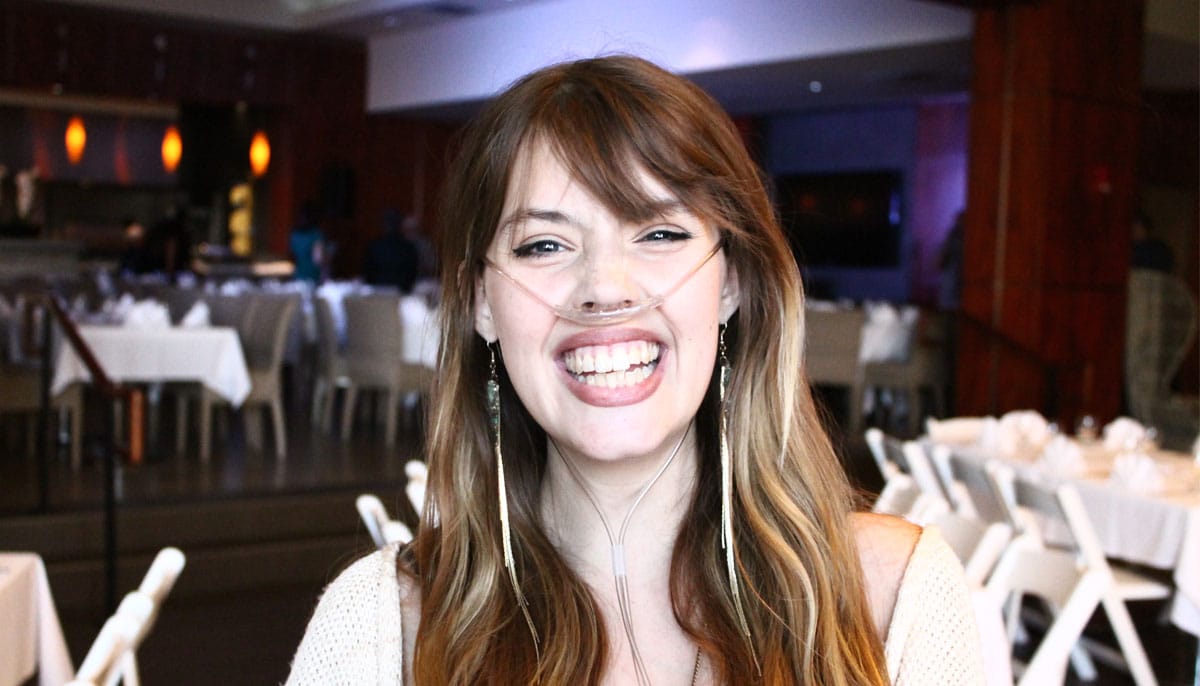 Claire Wineland, an activist who lived with cystic fibrosis and was influenced by Buddhist practice, passed away Sunday evening. She was 21.

Wineland dedicated her life to breaking down the stigma shrouding terminal illness and mortality. Her candid social media posts inspired millions, and her YouTube videos reached more than 250,000 subscribers around the world. Her nonprofit organization, Claire’s Place Foundation, continues to support families living with cystic fibrosis, a genetic condition that overloads the organs with an excess of mucus.

Wineland was a practicing Buddhist, along with her father, John Wineland, an LA-based speaker who focuses on relational communication and intimacy. Many described Wineland as wiser than her years — some even called her “an old soul” or “a little Buddha.”

“Life isn’t just about being happy,” Wineland said in a 2017 TEDx Talk. “It’s about what you’re making of your life and whether you can find a deep pride in who you are and what you’ve been given.”

In recent months, Wineland’s health took a downward turn and she opted for a double lung transplant. According to a statement from Claire’s Place, she suffered a massive stroke on August 26 during her recovery due to a blood clot. On Sunday, surrounded by her family, friends, and trusted spiritual teachers, she was taken off life support.

Lion’s Roar had the opportunity to speak with Claire last September. Here are some excerpts from that conversation:

Lion’s Roar: What role does Buddhism play in your life?

Claire Wineland: It plays a pretty big one, actually. My grandmother chants daimoku, which is Nichiren Buddhist practice. And my dad studied Tibetan Buddhism. So, I was raised with both my grandmother’s form of Buddhism and my dad’s form of Buddhism. There are differences between the Eastern and Western religions in every single aspect, but especially in their beliefs around death. I think I have a lot more comfortability around death because of the way I was raised, and also just a lot more comfortability around life and what it means to be alive.

The way Buddhists see sickness, death, and life really resonates with my experience.

I think the thing that’s really beautiful about Buddhism is that it puts everything entirely on your own shoulders. You’re taking on the burden of human suffering, and you’re moving through the world trying to grow and evolve, and it’s no one else’s problem. There’s no blame. There’s no “Why was I born with cystic fibrosis?” It’s just a part of being human. There’s sickness, there’s suffering, and there’s pain. Every single one of us is taking on that burden in some way or another. If it’s not your own pain that you’re feeling, there’s millions and millions of other peoples’. The way Buddhists see sickness, death, and life really resonates with my experience as someone who’s sick.

You talk a lot about living with the realization that you’re dying. What’s that like?

I was 13 at the time when I had my first near-death experience. There was this really deep feeling of grief. It wasn’t fear or terror. It was grief for my own life; it was like losing a friend. I felt how much infinite possibility there is in being alive. When I say you realize how grateful you are to be alive, I don’t mean that you ignore all the pain or you ignore the fact that it’s hard. I felt a tremendous sense of how much possibility there is in being human.

I realized how much I’d been sitting around waiting for someone to give me permission to live a full life.

It doesn’t matter that my life wasn’t normal or that it didn’t look like everyone else’s. I still had so much possibility and I could still make so much of that experience on this planet. As I was dying, I realized how much I’d been sitting around waiting for someone to give me permission to live a full life, even though I was sick. I was waiting for someone to lead the way or show me the right direction. And I realized it was just kind of in front of me the whole time. I was tremendously sad when I was dying. It wasn’t about the actual death. It was about how complex and fascinating life is.

It’s interesting to hear you talk about gratitude. What role does gratitude play in your life?

I think that gratitude is something that’s so been co-opted by the whole positivity movement. I think it disregards the suffering that people have to go through.It tells us we can overcome our problems if we’re grateful for the little things and look on the bright side, but I’ve found that true gratitude is different. True gratitude is when you are deeply experiencing the joy of being alive and you’re also deeply experiencing the pain of being alive. Life comes from a lot of pain and darkness. The innate desire to be alive and to give something to the world isn’t always easy.

You need to be grateful for the complete loneliness of being alive.

I spent about a quarter of my childhood in the hospital. I really thought life was sad and miserable, and I had tons of hard times. At the same time, my most beautiful memories happened while I was in the hospital. The hospital is just another complex place on this earth. If you’re looking at things with an eye of appreciation for the complexity of life, then you will find so much life even in the smallest place. You will find so much life just in a hospital.

We’re all just human beings trying to figure out why we’re alive and why we’re growing and what our part is in this planet — what it is that we have to offer. That’s it. I think you need to be able to be grateful for the confusion of all of that. You need to be grateful for the complete loneliness of being alive. If you don’t acknowledge that, there’s no way for to genuinely see the beauty of it. I think gratitude is more about being able to be humbled by how complex everything is and how huge everything is.