Former Marine and Buddhist teacher Alex Kakuyo reflects on his emotions while witnessing the United States’ recent withdrawal from Afghanistan. 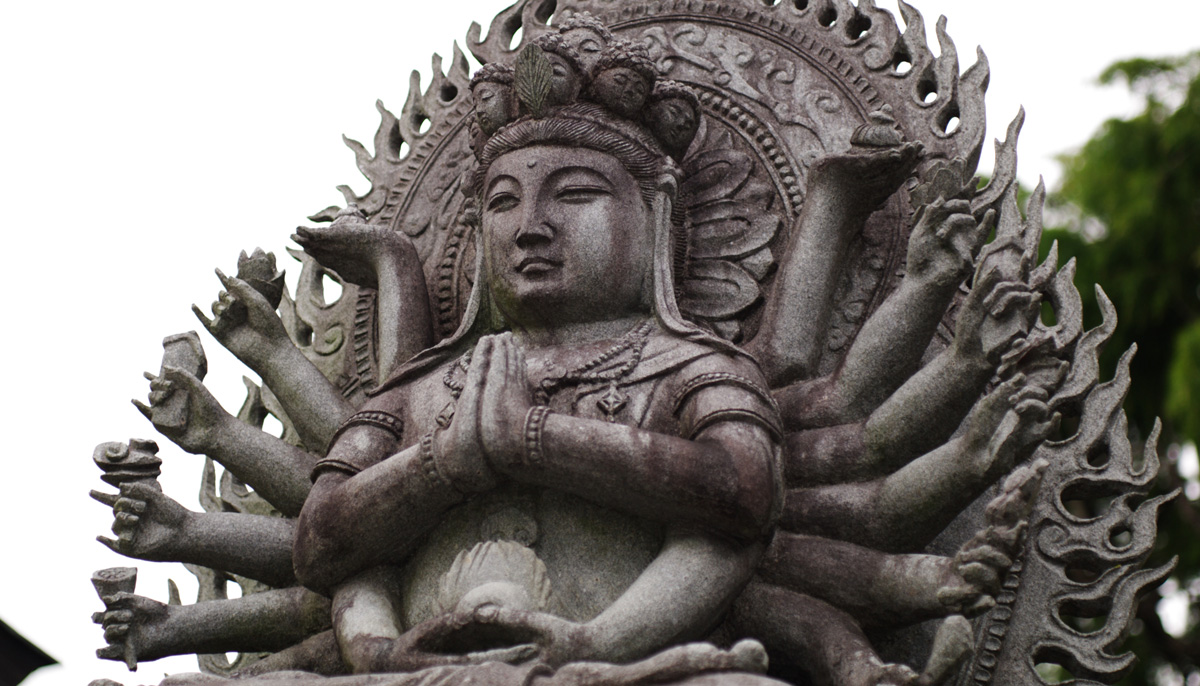 In 2010, I was a fire team leader, serving in Afghanistan with the U.S. Marines. The men and women I served with were smart, strong, and capable in ways that I’ll never measure up to. They sacrificed their physical and mental health because they thought we were doing something important.

They missed birthdays, funerals, and weddings of their loved ones because they thought we were part of something bigger than ourselves. They endured cold, hunger, and the threat of death because we thought we were making the world a better place.

I had to believe it. There’s no way I could have survived over there if I didn’t.

I had to believe it. There’s no way I could have survived over there if I didn’t.

Today, I’m sitting in my living room. The air conditioner is running, the sun is shining, and by all accounts, this should be a wonderful day, but it’s not. Because the belief that I’ve carried with me for the past eleven years, the belief that my work in Afghanistan mattered is broken. And I don’t know what to do about it.

President Joe Biden has ordered the full withdrawal of troops from Afghanistan. In the time since that order was given, the Taliban has taken back control of the country, the government of Ashraf Ghani has collapsed, and people are so desperate to escape that they’re trying to stowaway in the landing gear of planes.

Is Afghanistan a better place because of my service? Is the world better? I don’t know, but it seems like after 20 years, 2 trillion dollars, and 2,500 dead service members, everything is back at square one.

I’ve received messages from people asking me my opinion on the troop withdrawal. Was it handled correctly? Should we have pulled out sooner? Why did the Taliban take back control so quickly? My answer to all of these questions is, “I don’t know.”

If people want hot takes regarding the behind-the-scenes, backdoor deals that went into President Biden’s decision, they’ll have to look elsewhere. I don’t have that information, and even if I did, it wouldn’t be my place to share it.

That said, I have many painful emotions around what’s happening — mainly sadness and confusion. I also have some thoughts on how Buddhism is helping me cope with them.

One common misconception of the buddhadharma is that it has no theology of lament. People see images of smiling monks and assume that even in the worst of times we aren’t allowed to grieve, to cry, to mourn.

Thus, Buddhist practice is reduced to either toxic positivity or a neutered stoicism.

But how could a religion who’s first noble truth states, “Life is suffering,” not make room for grief? What good is a spirituality that abandons us in our darkest hours?

The truth is that Buddhism has a rich theology of lamentation. Yes, we are taught to accept suffering as part of life. But when our suffering becomes too much to bear, when the burden seems too heavy to carry, the dharma contains expedient means to help in our time of need.

An example of this can be seen in Kannon, the bodhisattva of compassion. Buddhist theologians refer to Kannon as, “She who hears the cries of the world.” In the Lotus Sutra, Kannon takes on a variety of forms (man, woman, king, pauper, etc.) to help people cope with suffering.

Her transformation powers are impressive, but what interests me most about Kannon is the way she chooses to help. In a world where permanently distracted people don’t acknowledge each other’s presence, Kannon sees us. She acknowledges and validates our pain. In this way, she reminds me of my mother.

As a child, I was both adventurous and clumsy — a dangerous combination that left my body covered in scars from my misadventures. One day, I was playing on the monkey bars in the park when I fell and hit my head on the pavement.

By the time I ran to my mom and told her what happened, there was a golf ball sized knot on my forehead. She took me home and gave me an ice pack, but as anyone who’s ever had a goose egg can tell you, there isn’t much to be done. The injured party just has to sit around, keep it iced, and wait for the swelling to go down.

But my head hurt, and I was embarrassed. So, my mom wrapped me in her arms and held me until I stopped crying, and then kissed my forehead to “make it better.”

I doubt there is a scientific explanation as to why a hug and kiss from mom makes it all better, but it does. As I think back to that time in my childhood, I remember that my head didn’t stop hurting. I remember that the bump on my head didn’t disappear, but receiving that attention from my mom made everything okay.

For Buddhists, Kannon is a mother, tending her wounded children. She’s our shoulder to cry on, the keeper of our secrets, and the willing recipient of our grief.

Another aspect of Buddhism’s theology of lament is Amida, the Buddha of Infinite Light. We know from the Pure Land Sutras that Amida started life as the monk, Dharmakara. In response to the suffering of the world, Dharmakara spent countless kalpas practicing austerities until he developed miracle powers. Then he used those powers to create a land of ultimate bliss, promising that anyone who had faith in him could go there.

The most common way for practitioners to express their faith is through the chant, “Namu Amida Butsu,” which means, “I take refuge in Amida Buddha.” Most often, this chant is seen as an expression of gratitude for both the simple pleasures of life: hot coffee, good food, comfy beds, etc., and the salvation that awaits us in Amida’s Pure Land.

As news of terror attacks, rising death tolls, and stranded American allies continue to come out of Afghanistan, I lean more heavily on Kannon and Amida with every moment.

So, when we take refuge in Amida, we’re taking refuge in the enlightened part of ourselves. When we understand this, the nembutsu chant is more that a simple act of gratitude. It’s a reminder that in our darkest moments there’s still goodness in the world; even if we can’t see it.

Under ideal circumstances, we’d look out our windows and see nothing but the Pure Land. We’d look at each other, and see nothing but buddhas. But there are times in life when the enlightened nature of this world is covered over with defilements; when greed, anger, and ignorance block out the truth and goodness of society.

In these moments, Amida steps in like a loving father; guiding us towards the light within ourselves. And showing us the beauty that lives in the world.

As news of terror attacks, rising death tolls, and stranded American allies continue to come out of Afghanistan, I lean more heavily on Kannon and Amida with every moment.

In times of sadness, I kneel in front of my altar and chant, “Kanzeon Namu Butsu,” asking Kannon to hear my cries and hold me in my grief. In times of anger, I chant, “Namu Amida Butsu,” asking Amida to show me the beauty within all of this misery.

And in every moment in between I grieve, I cry, and I mourn the rank unfairness of it all.

So, I kneel before my altar and lament.

Islamic Relief USA has made a commitment of $2.1 million to help Afghan families suffering under the current crisis, for those in Afghanistan and for those who are refugees. They are currently seeking donations for their Afghanistan Emergency Appeal.

Miles4Migrants is a charity dedicated to using donated frequent flyer miles to help people impacted by war, persecution, or disaster start a new beginning in a new home. They partner with other nonprofits to identify refugees, asylees, asylum-seekers, and their immediate family members who have legal approval to travel, but cannot afford airfare. Support a flight on their website.

The International Rescue Committee helps people whose lives and livelihoods are shattered by conflict and disaster to survive, recover, and regain control of their future. They have been working in Afghanistan for over 30 years and are currently collecting emergency support for Afghanistan.

Women for Women works at the critical intersection of women and conflict providing skills, knowledge, and resources that create sustainable change for women, their families, and their communities. They are currently fundraising emergency support for women in Afghanistan.