After nearly a decade of planning and approval delays, construction of the first Buddhist temple in Moscow, Russia, will begin this year. 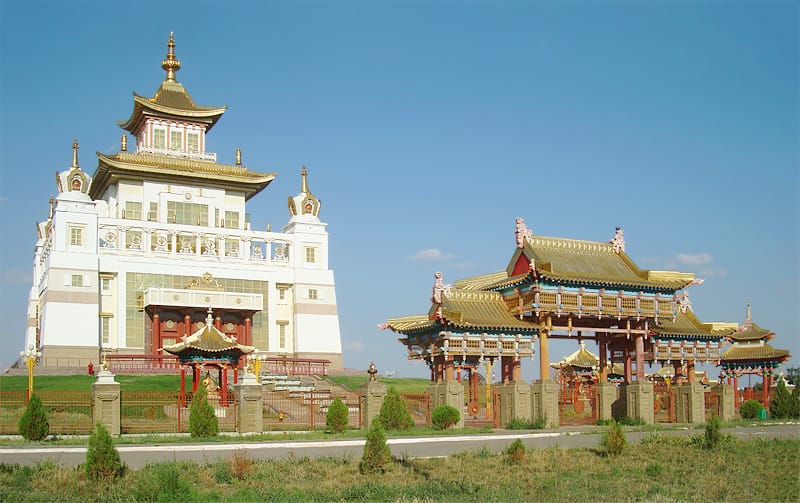 The main temple in Elista, the capital of Kalmykia, Russia

It’s no small project; besides the main temple, the 3,000-square-meter complex will also house “cultural and medical centers, a conference room, and a soup kitchen,” according to the Voice of Russia. The article also points to the challenges of reconciling the ideas of the various groups under the umbrella of the Moscow Buddhist Community, the organization responsible for overseeing the construction.

Step one will be the construction of a stupa that will “commemorate all Buddhists fallen in the Great Patriotic War, but also symbolize harmony and integrity of all peoples of Russia.”

Alexander Dogayev, a member of a Moscow Drikung Kagyu Tibetan Buddhist group, expressed hope after visiting the main temple in Elista, Kalmykia, the main seat for Buddhism in Russia. “I’m sure that when a similar temple appears in Moscow, it will extend far beyond religion.”

The seventeenth-century Mongolian Buddhist migration to Kalmykia marks the beginning of Buddhism in Russia. Soon after, it was recognized as one of the empire’s “official religions” by decree of Empress Elizabeth in 1741, as the Voice of Russia explains.