The Dalai Lama offered condolences to the Christchurch victims and the people of New Zealand. In America, the Buddhist Peace Fellowship penned an open letter expressing solidarity with Muslims around the world. 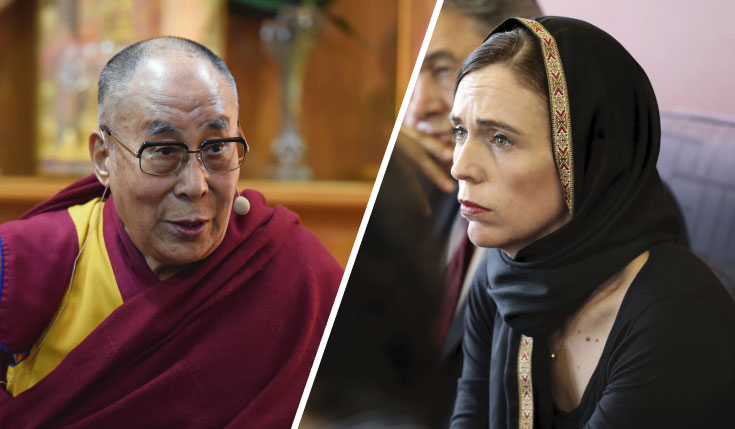 In a letter to New Zealand’s prime minister, Jacinda Ardern, His Holiness the Dalai Lama extended his condolences and prayers over the Christchurch mosque shootings. The shootings, in which a gunman attacked two mosques, killing 50 people in the congregation, took place on March 15.

In his letter, His Holiness wrote:

“I offer my heartfelt prayers for those who died and wish to convey my condolences through you to their families, friends, and the people of New Zealand… Wherever I go, I consider myself to be just one among 7 billion human beings alive today. It is unthinkable that today we see people killing each other in the name of religion or out of hostility to another faith. This is why I am committed to creating a greater awareness of the oneness of humanity—the fact that as human beings we are mentally, physically, and emotionally the same.”

The letter concluded by commending the leadership and determination of Prime Minister Ardern, as well as the New Zealand government, to reform national gun laws. Last week, the government of New Zealand banned assault rifles and military-style semi-automatics.

“Your Government’s determination to reform gun laws will contribute to peace and security,” the letter reads, “but equally important is to resist hatred and fear by cultivating warm-heartedness as you have shown.”

See also: Why We Go For the Gun, by Zen priest Greg Snyder

According to 9 News, more than 20,000 residents of New Zealand met for a candlelight vigil last week in memory of those killed in the shootings. The chairman of the Otago Muslim Association, Mohammed Rizwan, declared: “He [the shooter] failed because he picked us, and we are here.”

On March 22, the Buddhist Peace Fellowship published a letter titled “To Muslim kin, from Buddhists in the wake of Christchurch.” The letter, which includes signatures from members of the Nichiren Shu Order of North America, East Bay Meditation Center, and Students for a Free Tibet, can be signed here. The letter states:

“We support your right to live free from fear, and we vow to confront anti-Muslim sentiment that might make you feel anything less than safe, beloved, and holy in this world.

“We share our prayers in recognition that white, Christian, or Hindu supremacy, colonization and occupation, or violent nationalism by any dominant group — including Buddhists — are systemic manifestations of the Three Poisons: greed, hatred, and delusion.

“We must work to uproot these poisons not just from within ourselves, but also where they sit in structures of oppression in society.”

On Thursday, the Toronto Star reported that while the Dalai Lama was addressing a conference of educators and students in New Delhi, India, he praised Prime Minister Ardern for her “compassionate handling” of the Christchurch shootings. “I really admire the New Zealand prime minister,” he reportedly told the audience. “She really tried to tackle this problem through non violence, through compassion, and through mutual respect. I really admire her. I think that’s one living example.”