In the meeting, the Dalai Lama reportedly said that no Tibetan teacher is above the law. 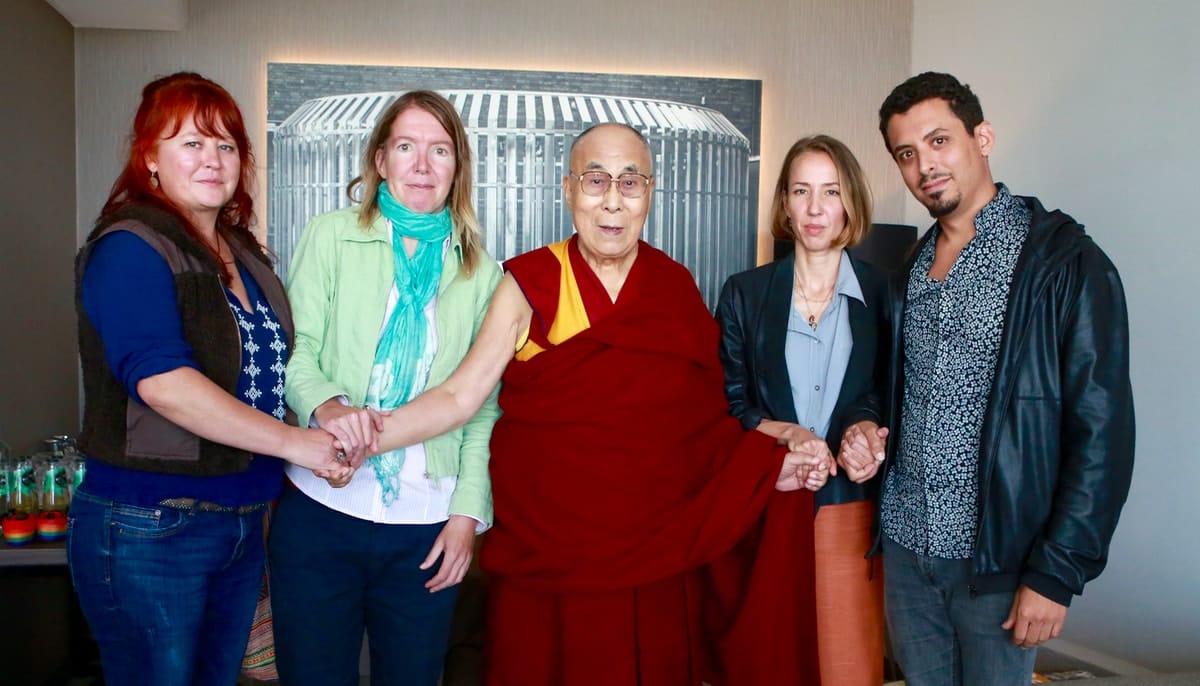 The Dalai Lama with the four petitioners. Photo by Marlies Bosch.

The Dalai Lama met with four survivors of abuse by Buddhist teachers on Friday. The meeting took place in the Netherlands, on the first day of His Holiness’s four-day tour of the country.

“I am happy,” Oane Bijlsma, one of the meeting attendees, told Lion’s Roar in a phone call on Monday. “We just wanted this to be out in the open.”

The group presented the Dalai Lama with a collection of 12 first-person accounts from survivors of abuse by Buddhist teachers along with a petition with 1,300 signatures, requesting that the Dalai Lama:

“He was very clear about the three points in our petitions,” said Bijlsma. “He more or less immediately agreed that putting it on the agenda of the meeting in Dharamsala was a very good plan. He also agreed that making it a spearpoint theme during a Mind Life gathering was a very good plan… [and] he said that no Tibetan teacher is above the law. He reaffirmed that.”

Bijlsma said that, though the Dalai Lama’s formal authority as a Buddhist teacher is mostly restricted to the Gelug School of Tibetan Buddhism, the petitioners were seeking his support because he is widely seen as a world leader and a representative of Tibetan Buddhism as a whole.

”Whenever his picture is taken with one of the other Tibetan leaders, it is seen as a stamp of quality,” said Bijlsma. “I got the impression during our meeting that he fails to recognize what influence he has.”

The Dalai Lama has been criticized for associating with teachers who were later accused of misconduct. In a press conference on Saturday, the Dalai Lama said that he knew about allegations by Buddhist teachers as early as 1993.

In the meeting, the Dalai Lama repeated advice he has given previously, that survivors of abuse by Buddhist teachers should make their experiences public. Bijlsma says that he told the group that, by going public, “You have given me ammunition.”