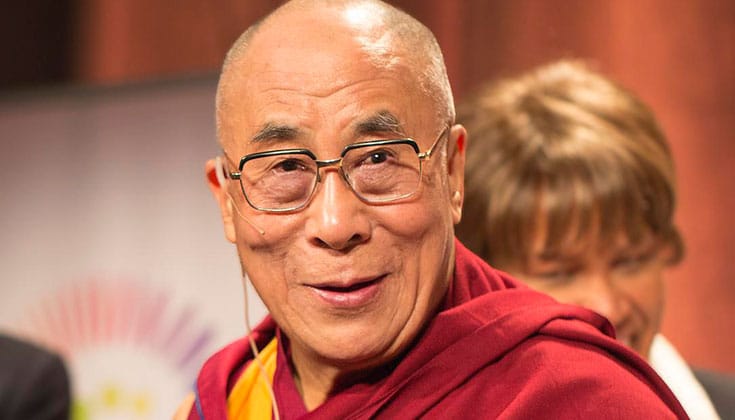 Speaking at a conference in Northern India, the Dalai Lama voiced concerns about America under President Trump. In an article published on Wednesday, Washington Post columnist Josh Rogin reported that the Dalai Lama commented on Trump’s “America first” policy, saying, “Your ancestors really considered the importance of liberty, freedom, democracy… the present president, in the very beginning, he mentioned ‘America first.’ That sounded in my ear not very nice.”

The Dalai Lama said he was worried that the United States was becoming more “selfish, nationalist.” He also expressed concern about environmental policy, saying, “The present president is not much paying attention to ecology. So, on that, I feel some reservation… But anyway, the American people elected him, so I must respect [that].”

The Dalai Lama made headlines in September of 2016 for mocking Trump’s hair and mouth in an interview with Piers Morgan:

Nonetheless, the Dalai Lama has remained open to meeting with the president, and Secretary of State Rex Tillerson has affirmed the United States’ commitment to supporting Tibet.