New legislation passed by the U.S. Congress reaffirms the rights of Tibetans to choose a successor to their spiritual leader, the Dalai Lama, imposing sanctions on Chinese Communist Party officials if they attempt to intercede in the process. 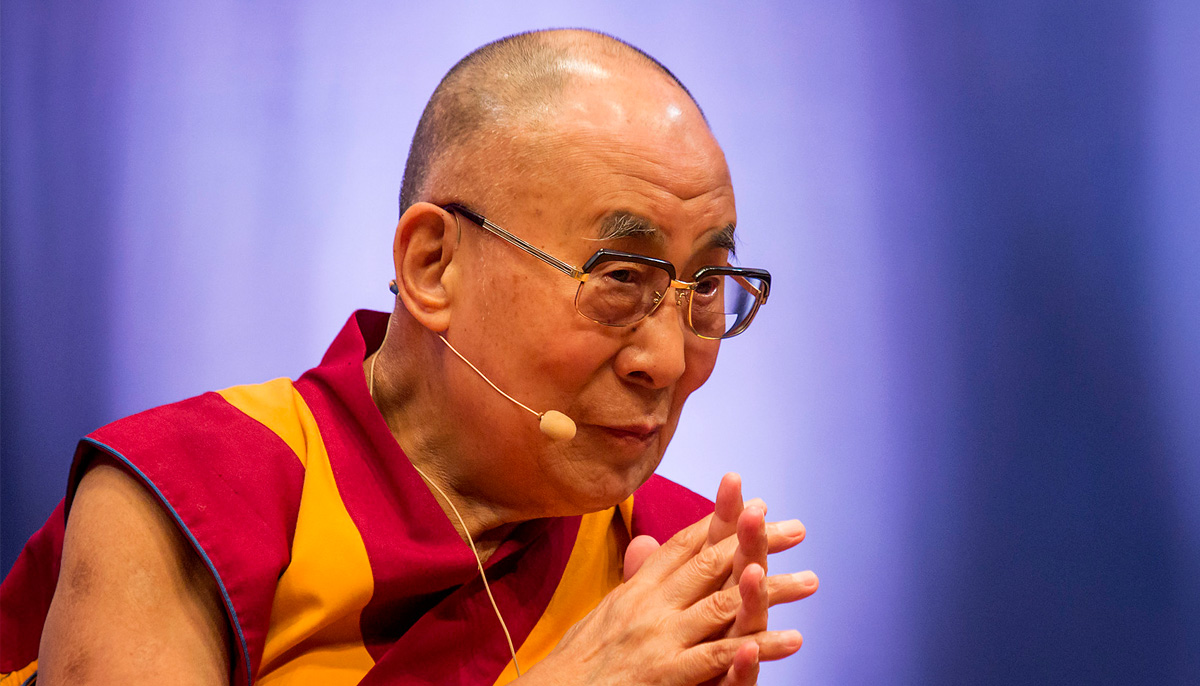 A $900 billion dollar spending bill passed by Congress over a presidential veto on December 27th includes significant updates to the 2002 Tibetan Policy and Support Act (TPSA) that reaffirm the rights of Tibetans to choose a successor to the spiritual leader of Tibet, His Holiness the Dalai Lama, The Washington Post reports.

The 2020 TPSA now signed into law imposes sanctions on Chinese Communist Party officials if they attempt to name a successor to His Holiness, and urges international coordination to reject the recognition of any Dalai Lama picked by China. The TPSA was previously an independent piece of legislation, but was included in the spending bill after failing to make progress on Capitol Hill due to the reduced legislative schedule of the pandemic.

In Tibetan Buddhism, the 700-year-old tradition of recognizing reincarnate lamas is the most common system of sustaining spiritual lineages. In recent years, the Chinese government, who views His Holiness as a dangerous “splittist” and separatist, has indicated it may name its own Dalai Lama. His Holiness has previously stated that he may have no successor, or else his successor may be selected by the Tibetan people, but China insists that he must reincarnate and his successor will have to be approved by the state.

This can be universally recognized as a decisive point in whether or not Tibetan culture will survive or not. – Actor and pro-Tibet activist Richard Gere

The updates to the TPSA also call for the establishment of a US consulate in Lhasa, Tibet, and instruct the State Department to deny China any new consulates in the United States until the U.S. Consulate is established. It also calls for the preservation of Tibet’s environment, focusing on its water security in particular, and authorizes assistance to organizations that support Tibetan communities in Tibet.

In a recent interview with Lion’s Roar’s Editor-in-Chief Melvin McLeod for our HHDL Global Vision Summit, actor and pro-Tibet activist Richard Gere spoke about the importance of the rights of Tibetans to choose the Dalai Lama’s successor. “This can be universally recognized as a decisive point in whether or not Tibetan culture will survive or not,” states Gere. “Without the Dalai Lama right now, it’s hard to imagine that Tibetan culture as a unity and as a living, breathing being would survive.” View the whole clip below.

Melvin McLeod: What can we do to help? And when His Holiness the Dalai Lama wrote us a letter to a Lion’s Roar and Tibet house offering his personal support for this virtual summit… And he offered, he suggested several topics that were important to him that he wanted to make sure we address. And one of them is the topic we are addressing today, the protection and the preservation of Tibetan language and culture. So we take that seriously. And we’ve been listening to these conversations. What would you say we can actually do to help?

Richard Gere: Well, as His Holiness would say, working on yourself ultimately is the best way you can help the universe. Work on your own wisdom and your own compassion. Lessen your own anger, for sure. I think that we’re in a unique situation right now where people are extremely skeptical of the Chinese communist party. People have not made as much money as they thought they would, which allowed them to selectively not see the human rights abuses and civil rights abuses that have been part of the structure of the communist party control of China. China obviously has a vast and incredible history, and Buddhist history. And that’s still part of their culture. But the communist party has really been systematically destroying everything of value. And it has to do with spirit and mind. And they have quite a mercantile culture that’s evolving there right now. We at ICT, International Campaign for Tibet, have been very successful over the last 30 years in the US Congress. And I just in the last few days I’ve been talking to people on both sides of the aisle, in the senate and the house. We have a bill that’s going through right now. The main part of that bill, it’s an addendum to the Tibet policy act of 2002, which we were able to get enacted into law. But this would be about the succession of the Dalai Lama. The Chinese obviously are waiting for as long as to die, and they have various puppets ready to go to fill that vacuum. And it’s very important that the international community comes right out in front and says, no, it’s not up to the communist party, it’s up to the Tibetan people, and specifically Tibetan Buddhists to decide who the next Dalai Lama will be, if in fact they want one. This will be American policy, will be part of American law, because of the work we’re doing. Now we have offices in Europe as well. I think we’ll have some people listening to this broadcast, I hope, from Europe as well. These kinds of things can also be passed into law in Europe. The EU, specific countries also. This can be universally recognized as a decisive point in whether or not Tibetan culture will survive or not. Without the Dalai Lama right now, it’s hard to imagine that Tibetan culture as a unity and as a living, breathing being would survive. He’s such an outsized, extraordinary figure. And that’s really once in many centuries, someone like this comes along. We can’t be sure that someone like this will come again. So we have to create the institutions that will allow the ideas to continue. And this incredible heart, this incredible sense of not only forgiveness, but vision of possibility of what we might be as individuals and as societies. Really able to touch the deepest part of love and compassion and being. And find a way that is universal. And match the way we communicate with each other. On all levels of society, however this dream of reality evolves, and in whatever interesting way, you know, it does. In the movie and television of our lives, that these ideas are central and remain central and are never forgotten.