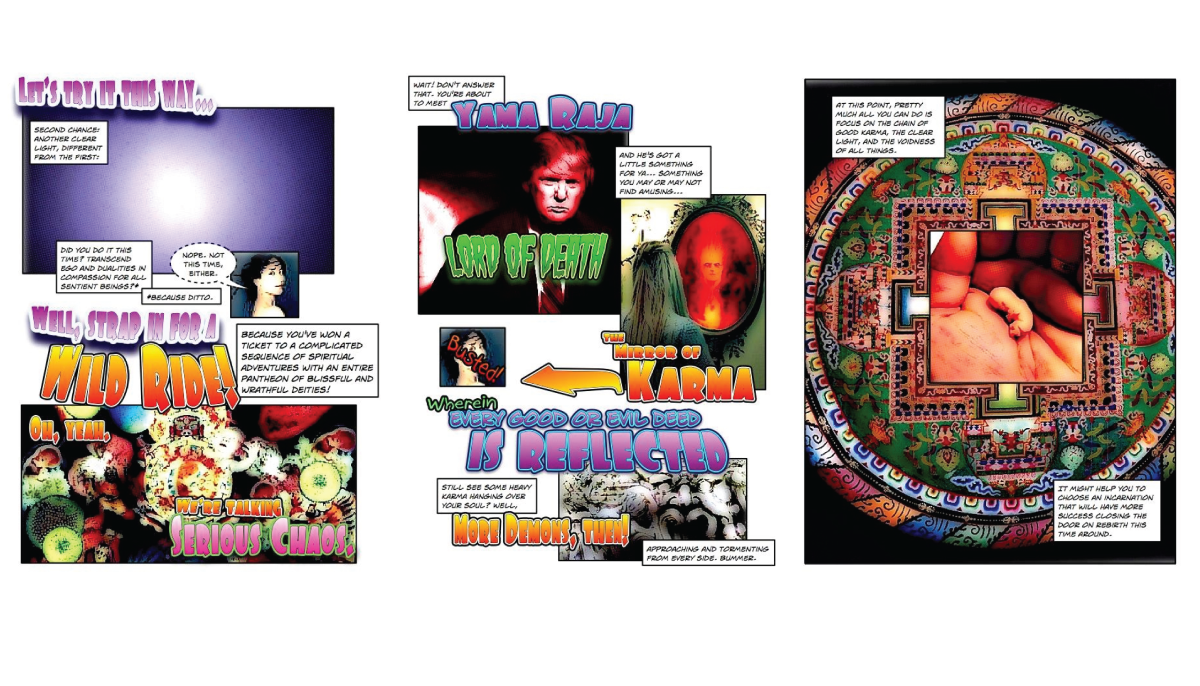 It’s fun! It’s visionary! It features Donald Trump as Yama Raja, the Lord of Death. It’s “The Comic Bardo Thodol” (aka The Tibetan Book of the Dead), as created and executed by writer/artist Thomas Scoville.

How nice to see it making the rounds online again, since it’s now been posted on UltraCulture.org. It first surfaced in 2008, and I reached out to Scoville, who explained how it came to be:

“I’m kind of amazed by how much coverage it’s gotten. It was just some background research I’m doing for a novel — I’m trying to use the BT as a guide text for a pop culture novel. Though I’d read bits and pieces of the BT for years, I realized I’d never gotten my mind around the whole thing — it’s not very ‘sticky’ to a western mind like mine, I guess. So I had the idea of dumbing it down: if I were a teen, how would I explain it to me? — comic book form, with pop culture figures and images to make it stickier and less threatening. So I tried that. An hour a day for about a week. I’m just tickled that so many people found it entertaining and/or informative.”

See The Comic Bardo Thodol for yourself, here.