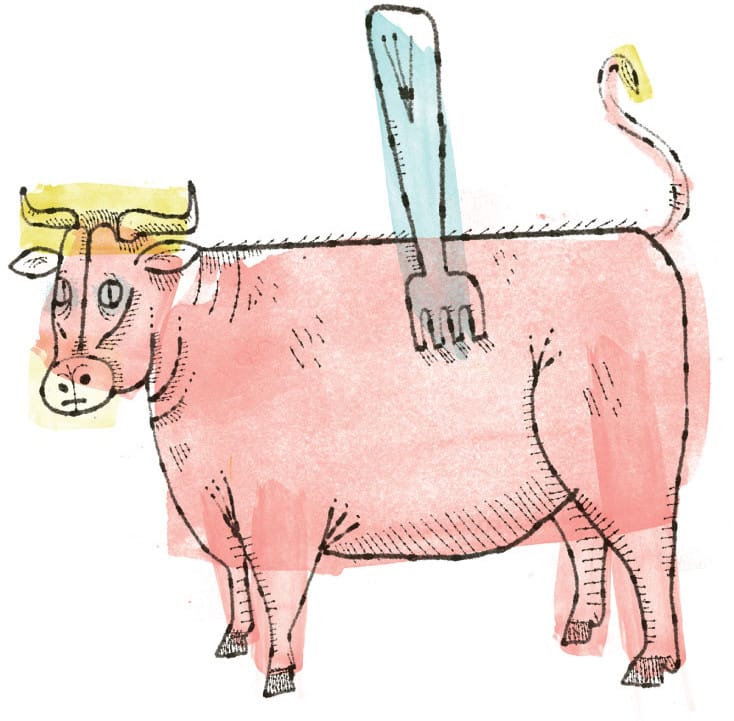 Outside of monastic rules, there are really no specific Buddhist dietary restrictions. Some Buddhists are vegetarians, some aren’t. In fact, the Buddha himself is said by some to have died after eating a meal of pork (though a lack of clarity in translation leads others to state that a mushroom-like fungus was the culprit). Buddhism does place a strong emphasis on reducing suffering and, in its precepts, on not taking life. Because of that, many practitioners follow a vegetarian diet in order to reduce the suffering of animals.

Often, non-spiritual concerns are also factored into practitioners’ decisions about what (or “who”) to eat or not. Health is one of them, but so is what’s available. Some people are surprised to learn that most Buddhists of the Himalayan region are big consumers of meat, because the climate there severely limits what crops can grow. Even there, though, there is now a move toward vegetarianism being led the 17th Karmapa. Overall, the Buddhist guideline is to consider the impact of all your activities—including eating—and how you can most benefit the lives of sentient beings.