Richard Schiffman looks into a new study from the University of Toronto that links meditation to a liberal political viewpoint. 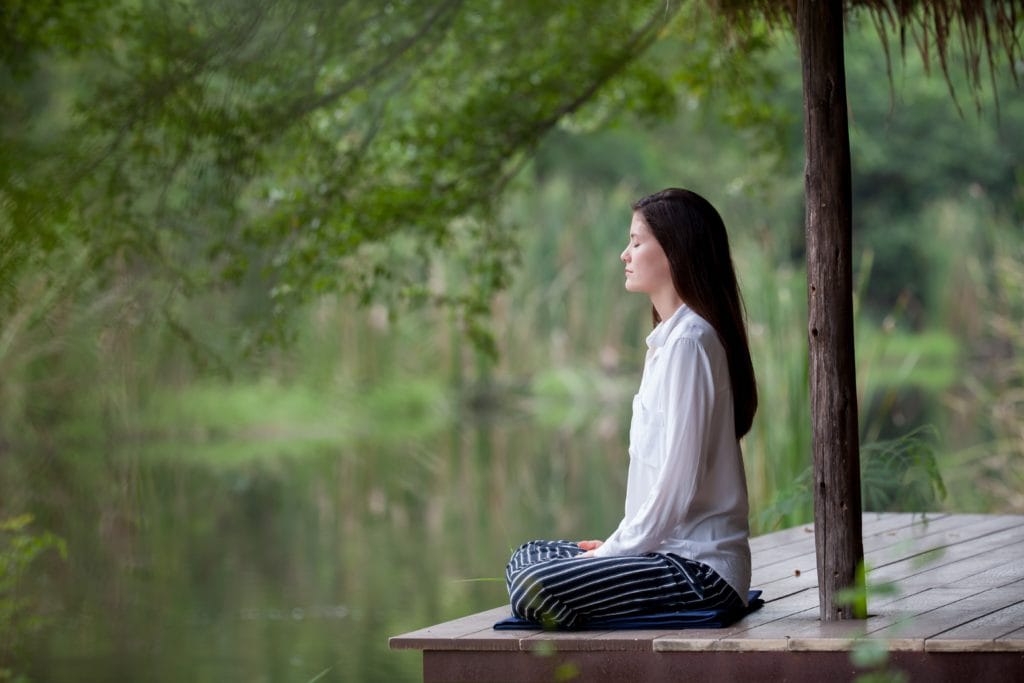 There have been some fascinating studies about the effects of meditation in recent years. Buddhist monks and Trappist friars have been hooked up to EEG machines to record subtle changes in their brainwaves during their spiritual practices. Scores of clinical trials have also been conducted to assess the impact of meditation and prayer on physiological processes ranging from blood pressure and immune system response to recovery rates from surgery.

But until now, scientists have not explored the impact of meditation on that most unmeditative of all disciplines — politics. That changed with the release by the University of Toronto earlier this week of a report published in the latest issue of Social Psychological and Personality Science, which makes two claims.

The first, that people who call themselves “spiritual” tend to hold more liberal views than those who define themselves as “religious,” is hardly surprising. One would expect that individuals who practice yoga and favor vegetarian diets and natural lifestyles would tend to be on the left side of the political spectrum. And anyone who has followed the decades-long rise (and more recent decline) of the religious right won’t be surprised to learn that religious believers are more conservative as a group than their secular counterparts — although there are clearly lots of exceptions to this rule.

However, what is truly new is the other finding of the study — that meditation makes you more liberal, at least in the short term. The researchers arrived at this conclusion by comparing the political views of people who had just participated in a guided meditation with those in a control group. The meditators expressed more liberal views — including a reduced support for “tough on crime” policies, and a preference for liberal political candidates — than the nonmeditators.

In an email interview, one of the study’s author’s, professor Jacob Hirsh of the Rotman School of Management, said:

“We suspect that meditation lowers the rigid boundaries between self and other that people normally experience in their lives, promoting a more egalitarian mindset (it’s hard to maintain a competitive frame with another person when you don’t believe that you are separate from one another!). Preferences for egalitarianism, in turn, are one of the key motivational factors underlying support for liberal political attitudes.”

In the name of full disclosure, I should mention that I am both a long-time meditator and spiritual author, and also a self-described liberal on most issues (although I prefer the term “progressive”). As you might expect, my first reaction to the Toronto study was delight. I have long suspected that liberal views — which I associate with openheartedness, caring for others, and a nonviolent approach to conflict resolution — have a strong, if frequently unacknowledged, spiritual component. It was gratifying to see that science agrees with me!

But after the initial euphoria faded, I had some second thoughts. As a journalist, I am well aware that you can find a study to “prove” virtually any point of view that you are seeking evidence for. Mark Twain hit the nail on the head when he wrote about “lies, damned lies, and statistics.”

Moreover, upon closer inspection, there are some problems with the Toronto research that make it less than fully convincing — to me, at least. For one thing, the sample size for the meditation trials was relatively small: 317 participants. Also, the political views of the meditators were compared to those of a control group. It would have been more persuasive if the researchers had managed to demonstrate that the views of the same individuals had shifted from those which they had previously held. Another weakness is that the study shows — at best — only the transient effect of a single meditation session. What would be really interesting to know is how a long-term meditation practice impacts one’s views over time.

I also frankly feel uncomfortable about a line of research that a bit too neatly confirms my own personal biases. One could use these findings to argue — as the religious right obnoxiously does — that God and the angels are on our (the liberal) side.

That is tempting. But I don’t actually think that it is true. God is not on anyone’s side. Or, rather, God is on the side of Truth. And Truth is not the exclusive possession of any particular group or political ideology. As difficult as it is to admit it, there may actually be times when conservatives have got a better handle on things than I do.

Even if one believes that right-wing views — especially of the Tea Party variety — are often fear-based and illusory, we still need to concede that a measure of fear and caution are not always inappropriate responses to the very real dangers that exist in the world. Meditation and spiritual practice undoubtedly help to calm our anxieties and create more positive and trusting attitudes. Which is a good thing. But it is possible to be too trusting. The feelings of oneness that meditators enjoy are precious. But they may not always be the best guide to how we should act in the rough-and-tumble of the world, where all is not necessarily love and light.

I value the idealism and optimism about human nature that liberalism — at its best — embodies. But politics is always a question of striking the right balance: between trust and caution, between idealism and realism, between preserving what is good in society and transforming what is not. Moreover, a basic tenet of of our American democracy is that that no individual or point of view has all of the answers. This is also the conclusion of the Toronto study.

I like how the study’s coauthor, psychology professor Jordan Peterson, sums it up:

“The conservative part of religious belief has played an important role in holding cultures together and establishing common rules. The spiritual part, on the other hand, helps cultures renew themselves by adapting to changing circumstances. Both right and left are necessary; it’s not that either is correct, it’s that the dialogue between them produces the best chance we have at getting the balance right. If people could understand that both sides have an important role to play in society, some of the unnecessary tension might be eliminated.”

Richard Schiffman is a poet, an environmental journalist, and the author of two spiritual biographies who is based in New York City. His work has appeared in the Washington Post, the Christian Science Monitor, the New York Times, NPR, and the Guardian, among other outlets.