Dzongsar Khyentse Rinpoche, the Buddhist teacher whose ventures into filmmaking to date — The Cup and Travellers and Magicians — have focused on his native Bhutan, has ventured into new cultural territory. His latest film, entitled Vara: A Blessing, was shot in Sri Lanka and is a spiritually-infused love story based on a special style of Indian classical dance. 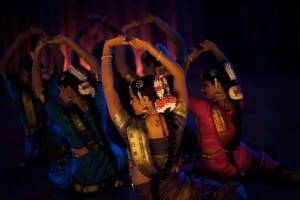 And now, in conjunction with its North American premiere next week at New York’s Tribeca Film Festival, US residents will have the chance to screen Vara online for free and participate in the festival’s audience award competition.

From 9 pm on Monday, April 21, to 3 pm on Wednesday, April 23, viewers may visit the festival’s online audience page, select Vara, and halfway through the film, click to rate it on a scale of one to five stars.  Be aware that only the first 1,500 viewers will have access to the film.

Ahead of Vara’s New York screenings next week, Khyentse Rinpoche spoke with the Wall Street Journal and revealed why, after his experience participating in Bernardo Bertolucci’s Little Buddha in 1993, he chose to try filmmaking himself:

“My only interest in making films exists — and I don’t know how long this is going to last — to make a film of the life of Buddha. To do that, you need experience. And I haven’t properly gone to a good filmmaking school. So I might make one or two more films before punching myself into the big projects, like Buddha.”

Khyentse Rinpoche will also fulfill his Buddhist teacher role while in New York, giving a public talk this evening entitled, “It Depends,” which will also be streamed live online. The talk begins at 7 pm EST, and viewers can connect to the video feed here.