Bhutan has the worst-ranked football team in the world, but in the past week they beat Sri Lanka twice in the first qualifying matches for Russia 2018. In this clip from BBC’s world service, Bhutanese lama and filmmaker Dzongsar Khyentse Rinpoche talks about his love for football, and Bhutan’s chances in the qualifiers.

“I don’t really consider Buddhism as a religion — it’s a philosophy,” says Rinpoche. “My religion is football.”

And after their second:

Listen to Rinpoche speak about all this in the audio clip above. In 1999, Rinpoche wrote and directed “The Cup,” a film about soccer in Bhutan. Read Kelly Winters’ 2000 interview, in which Rinpoche talks about soccer as a path to enlightenment. Also see Rinpoche’s recent comments on respecting LGBT, and our feature discussion on whether Buddhism is a religion: 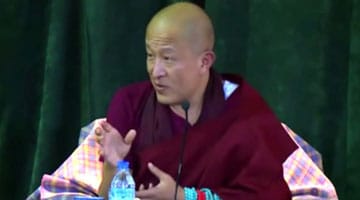 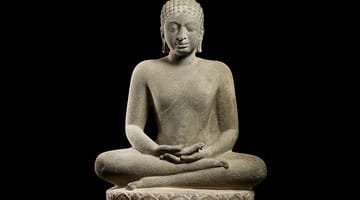 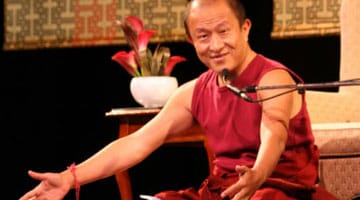 What Changes and What Doesn’t: An interview with Dzongsar Khyentse Rinpoche