Jill S. Schneiderman reports on a personal connection between Buddhist meditation practice and the water cycle. 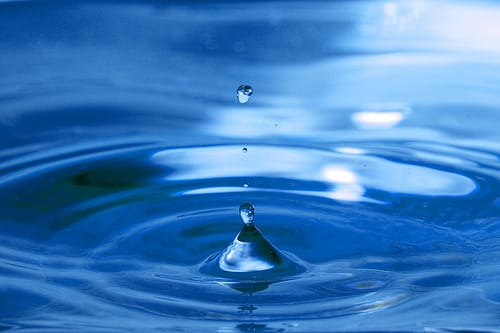 Dr. Francisco Varela (1946-2001), a neuroscientist and Buddhist practitioner involved intimately in the initiative to foster dialogue and collaboration between modern scientists and Buddhist contemplatives, commented that Buddhism, as an outstanding source of observations concerning human mind and experience accumulated over centuries with great theoretical rigor, is an uncanny complement to science.

Appreciating this, Varela and others were able to cultivate a unique forum, the Mind and Life Institute, that for two decades has led conversations between the Dalai Lama and other Tibetan Buddhists and scientists, first from the realms of cognitive psychology and neurobiology and more recently, from physics and cosmology. In his essay “The Importance of the Encounter with Buddhism for Modern Science,” Varela wrote that the natural meeting ground between science and Buddhism is the place where we put together the data from scientific empiricism with the inner examination of human experience. When writing this, Varela had in mind particularly neuroscience, but I believe that earth science may also provide a fertile commons. Allow me to elucidate.

The other day, the sea drew me down the coral escarpment behind my apartment in Barbados for my morning sit. I walked downstairs and across the lawn, now turned emerald with the arrival of the rainy season. I swung outward the heavy iron gate—hinges squeaking—that opens onto the blue water of James Bay. The tide, on its way out, exposed squat, wave-washed pedestals of coral. I walked south with the sea on my right glittering aqua in the early morning sunshine, and found my seat—the water-worn stump of a tree whose girth suggested old age. I rooted my “sit bones” in the sand, my back touched gently what remained of the tree trunk, and I focused my attention on my breath.

Per instructions from my mindfulness teachers, Rabbis Sheila Peltz Weinberg and Jeff Roth, I had reflected all week on the question “Who am I in relation to sensations, feelings, and thoughts that arise and pass from moment to moment?” It arose in shortened form as a mantra during my meditation. With my eyes lightly shut, I saw the waves pulling the coralline sand and cobbles back into the sea, reclaiming that material—the solid calcium carbonate—that it had itself once produced collaboratively with the invertebrate organisms whose home is the sea.

My breathing felt fast and shallow. Was I anxious? Would I be able to settle myself here without my cushion? Worried mind hindered me. I began again. After some time my breathing came more slowly and from deeper down in my body. Along came another distraction familiar to any beachgoer—bugs. Were ants crawling on my leg? Had a fly landed on my neck? I felt annoyed and chastised myself for having chosen an inappropriate place to meditate. Had I deliberately set myself up for failure? Recognizing that I was again beset by another hindrance—doubt—I began again, again.

As I brought my awareness to my body, I discovered that the prickly sensation on my skin was not caused by crawling insects but by my own sweat—droplets of water leaving me. An answer to the question “What am I” became clear; I am part of the hydrosphere. The realization startled me. I already understood myself and other human beings as part of the biosphere, geosphere and atmosphere—the three of the four great interacting spheres that make up the Earth System. As with any living organism, some day I will become part of the solid substrate at the earth’s surface. Through my respiration I participate in the cycling of oxygen and carbon dioxide throughout the atmosphere. But I had not previously conceptualized myself as part of the hydrosphere—surprising, given that more than half of the human body is water.

Of course I know intellectually how we humans interact with the hydrologic cycle—how we commandeer water for industrial, agricultural and domestic purposes. But during this sit I realized myself to be one of the reservoirs of the hydrosphere, albeit a miniscule one. The hydrologic cycle is simple: precipitation falling from the atmosphere as snow accumulates in glaciers and ice caps—though these days there’s more melting than accumulating going on; rainwater from clouds along with meltwater from glaciers become streams, rivers, and lakes—“surface water” in geological parlance; that water soaks into the soil and percolates downward to become groundwater and soil moisture, or it gets incorporated into living matter; ultimately it all flows back to the oceans. Evaporation of water into the atmosphere occurs throughout the hydrologic cycle, but especially from the ocean—the largest of all the reservoirs—and the cycle begins again.

Geologists know empirically something of the history of fossil waters—essentially water entombed for long periods of time in one part of the hydrologic cycle, most typically in the form of groundwater —from studying the oxygen isotopic composition of fluids in geological artifacts such as slices of Antarctic ice (H2O) cores and calcite (CaCO3) in sand-sized deep marine fossils called foraminifera. Put simply, some elements—isotopes—occur as two varieties of the same substance one of which is slightly heavier than the other. Remember Goobers and Raisinets? As chocolate-covered fruits, they are arguably the same confection. (I’m one to pass on the raisinets, preferring the goobers, but this isn’t the venue for detailing their respective virtues). Yet, the goobers are heavier than the raisinets because their insides differ. The same is true for oxygen. One variety of oxygen is the light “oxygen-16” (O16) while another is the heavy “oxygen-18” (O18); they are isotopes of oxygen just as raisinets and goobers are isotopes of chocolate candies—sort of. And if you’ve persisted in following me this far, thank you, and hang in there for I intend to make good on the promise of linking earth science and Buddhist thought.

When water evaporates from oceans, it’s the lighter H2O16 that gets incorporated preferentially into clouds. Therefore, during cold periods in the geological past, when more water is stored in ice caps, seawater concentrates H2O18 in it. That is, since it’s harder for H2O18 to get lifted up into the atmosphere, so to speak, it gets left behind in the ocean. By analogy, think of whether you’d rather heft your jacket or suitcase into the overhead compartment in an airplane and you’ll understand why some heavy items—not all—remain “stowed beneath the seat in front of you” while the lighter ones go into the upper bins. When paleoclimatologists investigate the cold periods in earth history—glacial ages— when more of the hydrosphere’s water stays sequestered in ice, they find that ice core samples from these cold times have more H2O16 in them than they do H2O18. In like manner, calcium carbonate from ice-age foraminifera, tends to be relatively enriched in O18 (as well as the heavier of two carbon isotopes). Paleontologists analyzing their composition find they have relatively more CaC(O18)3 than CaC(O16)3 . It’s clever science but unarguably esoteric business, this isotope geochemistry. It requires ice cores kept frozen from Antarctica to lab, analysis of fluid bubbles enclosed in the ice, and specialized machines called mass spectrometers that can measure miniscule differences in the weight of oxygen atoms. It also requires mathematical calculations that I found tedious in graduate school. Still, all of that is not as difficult as staying focused on my breath.

I sat sweating, and the water droplets from my body connected me to the hydrosphere. Where had that water been before—the water that makes up me? Was part of me once a glacier? Was I a mountain stream? What tale might the oxygen isotopic signature of my bones, calcium phosphate (PO4) tell?

As the perspiration dripped down my shins, it disappeared in the pores between unconsolidated beach sand. Water from the reservoir of me meandered to the sea as moisture between sand grains. The sweat trickling down my spine slid down my back and disappeared into the wood of the tree stump. This “Jillwater” will remain for some time in the soggy wood and won’t soon join the vast oceanic reservoir of the hydrosphere. I finished my sit and rose slowly.

I walked to the water’s edge and felt its cool wetness envelope my toes, the soles of my feet, my ankles and shins. The sea sipped directly the sweat from my skin. These droplets that have eked out of me flowed unimpeded to the ocean. As seawater may one day become part of an ice cap, the water from me will be a drop in the sea.

The dialogue between science and Buddhism has the potential to develop specific interventions that could promote not only psychological and physical wellbeing but planetary health too. Modern earth science allows that human beings interact with the earth system and, to a degree, try to serve as stewards of the planet. But Buddhism offers earth science the possibility of a more unified understanding of the Earth, a science that frames humans as kin rather than stewards of the planet.