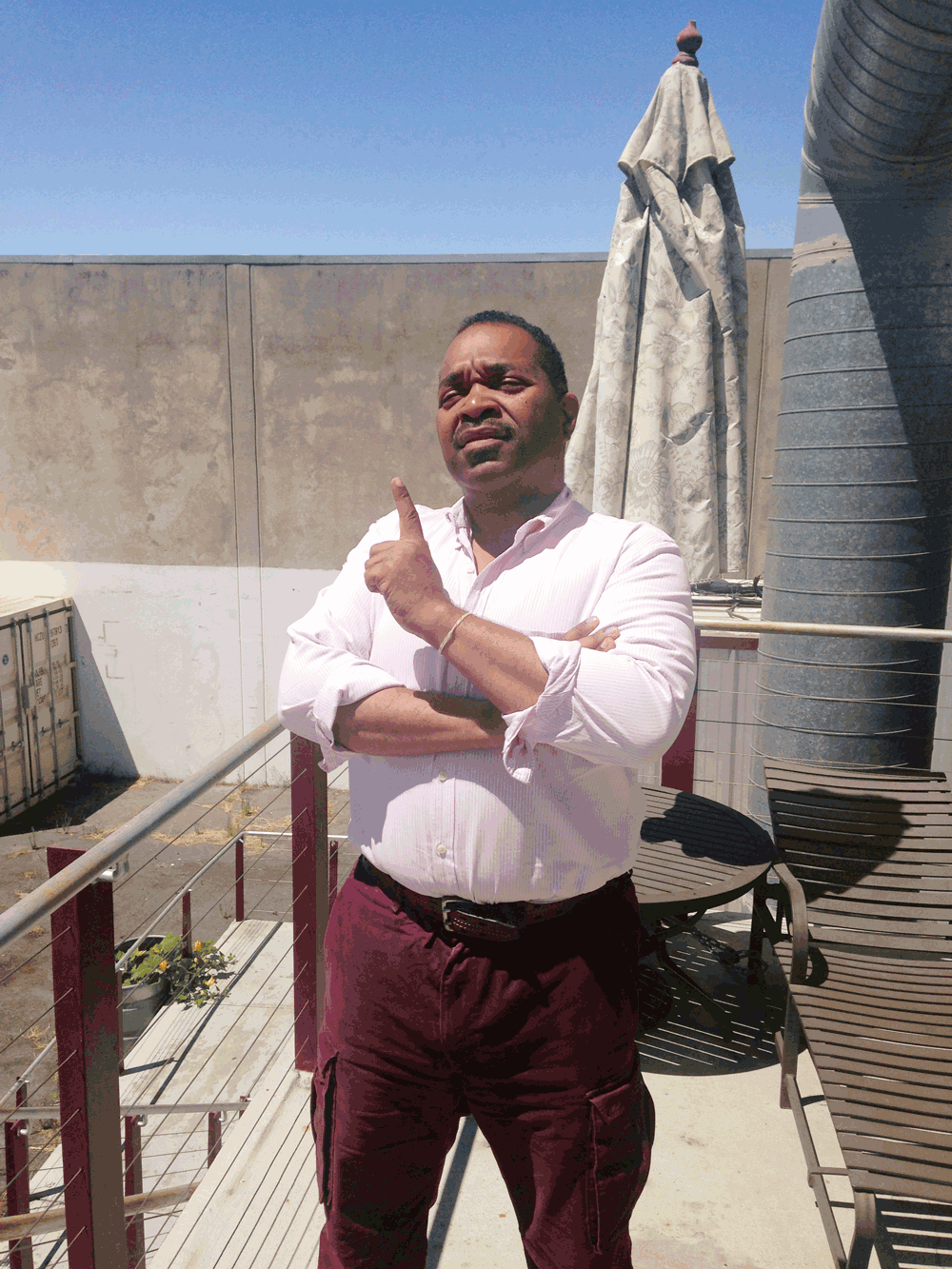 San Quentin prison volunteer Tyger Blair finds that prison dharma has changed the perspectives of both inmates and guards—as well as his own. Read about four more people who are changing society from the ground up in the November 2016 issue of Lion’s Roar.

Tyger Blair’s path to prison dharma began when he was mugged at gunpoint. Blair is a member of a Zen community in Oakland that has run a program in San Quentin prison for the last fifteen years. Four years ago, in the aftermath of the mugging, Blair’s sangha helped him work with the anger and terror he was experiencing. After seeing how this experience transformed him, he was inspired to volunteer at the prison.

“It has become one of the most engaging experiences I’ve ever had,” says Blair. “Initially, it was unsettling, because there’s so much processing to go in—so many colors you can’t wear, the checking of so many things, going through big metal detectors and metal doors.”

Now, says Blair, going into San Quentin feels like a respite. “The men are very excited to see us. We do a sitting meditation, a walking meditation, a dharma talk, and then we converse with them.

“It’s reorienting to be in this very brutal and demoralizing system, yet see how the inmates can find a way to stay with it and stay away from perennial suffering,” he says. “They’re very intellectually agile, and their piercing questions get us thinking, how do I answer this effectively? How do I answer this without putting myself above you somehow? They give us an opportunity to think about things in ways we haven’t considered previously.”

The corrections officers also suffer, says Blair. “I realized at some point that I needed to engage them as well. The whole place quells humanity, so it’s important to look at and smile at everyone—not just the men who are incarcerated, but also the men who are the enforcers of this incarceration.” Prison dharma is a collective experience. Guards, inmates, volunteers—everyone is changed.

Blair works as a leadership coach and project manager and acts in local theater. He says all areas of his life are about helping people find their voice. He asks, “How do we deal with huge racial disparities and the violence resulting from these racial disparities—or gender disparities or sexual-orientation disparities?”

Blair says Engaged Buddhism provides ways to relieve suffering. “The prison feels like a war zone,” he says, “and prison dharma gives pathways that aren’t just dark and shadows. The teachings say, yes, your body may be here, but you can still see your world in a different way. You can feel it, live it, walk it in a different way.”

Blair says inmates show him new ways of being in the world and remind him to stay continually engaged. If he visits the prison when he’s feeling angry about a situation in his life or in society, the inmates bring him back to the teachings. Being in the prison reminds Blair how violence begins and is perpetuated.

I have had certain privileges in this lifetime, as far as education and employment opportunities, but San Quentin helps me remember that I am really no different than the inmates.

“When I see another video of another African-American man shot and killed,” says Blair, “I think about how American culture began with a genocide and a brutalizing of people who were brought from another land, the Africans. The prison system is a manifestation of that same system.

“I have had certain privileges in this lifetime, as far as education and employment opportunities, but San Quentin helps me remember that I am really no different than the inmates. It is by the luck of the draw that I do not have the same reality they have.”

Blair sees Buddhism helping to change perceptions on a societal level. “The teachings of Buddhism show us we are one,” says Blair. “We have become so entrenched in the supposed American dream that we have forgotten that we are a village of people that are one. We are here to love and help, and there isn’t any real distinction between us, no matter what we’ve been told.