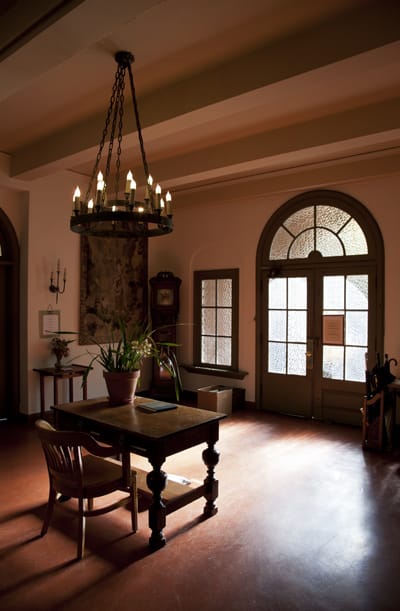 Established in 1962 by Shunryu Suzuki Roshi and his early students, the San Francisco Zen Center (SFZC) is the largest Soto Zen organization in the United States. Their three practice locations in northern California at City Center, Tassajara, and Green Gulch have trained a long list of senior American Zen teachers, many of whom have established centers of their own throughout the country. Practice at the SFZC locations is in the Soto Zen tradition of the thirteenth-century monk Dogen, brought by Suzuki Roshi and others to the West.

“There are only a few residential practice centers in the US, and SFZC is unique in that it has three residential centers offering three different Zen experiences — urban life, a working farm, and a traditional monastery,” says Zoketsu Norman Fischer, founder of the Everyday Zen Foundation. Fischer is a former San Francisco Zen Center abbot who still teaches there.

Zen Center has endured a number of hardships over the years, such as the 2008 fires that threatened to burn down the facilities at Tassajara. Before that, there was the sex scandal of the early 1980s involving Zen Center’s then abbot, Zentatsu Richard Baker, who first took over his leadership position shortly after Suzuki roshi’s death in 1971.

“I think Shunryu Suzuki would be pleased with the sincerity and constancy of the individual teachers and students who pass through the three locations of the SFZC and the many offshoots and related centers and sanghas around the world, such as Dharma Sangha (Richard Baker’s) and Genjo-ji (Bill Kwong’s),” says David Chadwick, another Zen Center alumni, Suzuki Roshi biographer, and editor at cuke.com. Chadwick continues, “Suzuki’s legacy runs through us all like water, mixed with the practice and understanding of each of us, hard to define, spreading out past centers and people who know his name to the understanding of those who don’t.”

2012 marks the San Francisco Zen Center’s fiftieth year. To commemorate the occasion, Zen Center will initiate a variety of public programs, including two to be held at Tassajara. There they will hold an Alumni Celebration Weekend Retreat from April 26 to 29, followed by a 50th Anniversary Sesshin, co-led by Tenshin Reb Anderson roshi and Sojun Mel Weitsman roshi, from April 29 to May 4. 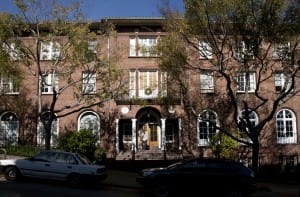 “San Francisco Zen Center’s biggest contribution is that it has successfully transmitted the spirit of Shunryu Suzuki Roshi’s Zen style, which is very open, flexible, forgiving, and at the same time disciplined and rigorous,” says Zoketsu Norman Fischer. “It is the only Zen place I know of in the USA where you can find many senior practitioners, with many years of depth of experience, rubbing shoulders with newcomers.”

Many have passed through the doors at 300 Page Street, Tassajara or Green Gulch over the years. Ingen K. Breen, now a teacher with the Everyday Zen Foundation and a SFZC alumni, recalls his first coming to the SFZC through their location at Green Gulch Farm. “I came to Zen Center, Green Gulch Farm, in ‘95 after 4&1/2 years of practicing with the Friends of the Western Buddhist Order. Essentially, I was looking for a place where I could practice, and when I arrived at Green Gulch my initial thought was ‘yes!’. I had found a place to practice and decided to stay.”

San Francisco Zen Center’s President, Do-An Robert Thomas, says, “Its amazing that of the over 700 intentional communities that began in the ‘60’s and ‘70’s in the US, that SFZC is one of the very few that have survived and one of the only ones that could be said to be thriving, i.e. an important, respected, and valued institution in the cultural and religious landscape of a region.”

Later, Thomas continued, “…SFZC doesn’t see itself as anything like a “great institution.” But more like a “great experiment!” A great experiment (that often feels like walking in the dark!) to see if our good intentions, together with a skillful engagement with the specific circumstances of our lives — the real-life application of our practice vow to live for the benefit of all beings — can actually work.”

Looking ahead, Thomas gave us a few thoughts on SFZC’s future:

“In the coming years we will find new ways to support people in their practice at all stages of their life: caring for the preciousness and vulnerability of human life from the very beginning to the very end! For example, right now we are dedicating a great deal of energy toward bringing to fruition our vision of a new kind of practice-oriented community life for the world’s growing senior population.

In the coming years we will find new ways and modalities to offer our growing number of Zen teachers to the world to help mentor and guide others in their practice. By creating innovative programs that include teaching “fellowships,” some of these practitioners will support an ever-widening network of SFZC-affiliated practice groups and sanghas around the world.

And also, in the coming years we will focus on successfully completing our $17 million dollar capital campaign, and as a consequence, establish a significant endowment that will create the conditions for long-term financial sustainability. In the process of finishing the campaign we will build the organizational capacity to continue to nurture supporting relationships of all kinds: volunteers, donors, and members — so that SFZC can sustain and develop its practice centers and continue to be a place of practice and refuge for so many, while expanding its ability to extend the profound benefits of Zen practice to the wider community.”