In this classic interview from our archive, originally published in 2008, Andrea Miller speaks to psychatrist Robert Jay Lifton about understanding the worst elements of human nature. 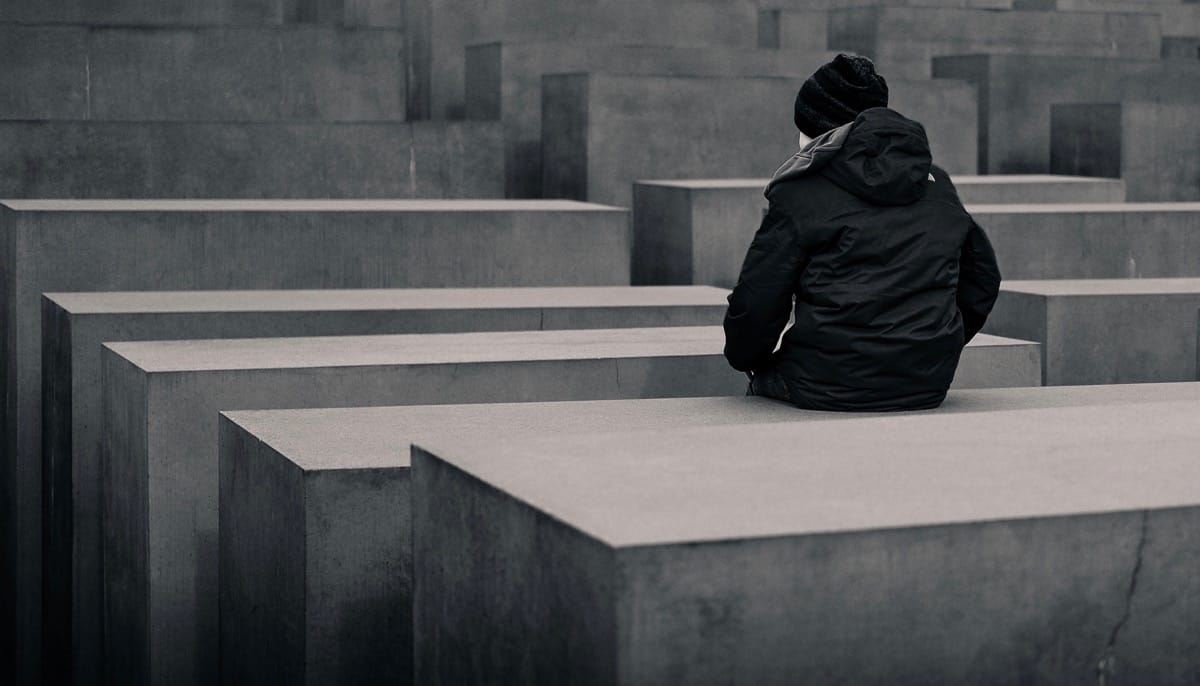 The Memorial to the Murdered Jews of Europe in Berlin. Photo by Moritz Schumacher.

Genocide, totalitarianism, atrocity—psychiatrist and author Robert Jay Lifton studies the worst in human nature to help us bring out the best. Among his seminal works are The Nazi Doctors: Medical Killing and the Psychology of Genocide; Death in Life: Survivors of Hiroshima; Thought Reform and the Psychology of Totalism: A Study of Brainwashing in China; and, most recently, Superpower Syndrome: America’s Apocalyptic Confrontation with the World. His reflections on the darkest deeds of modern life — and the values that can help us prevent them — make him an essential moral and political voice in a world frightened about its future.

Andrea Miller: Has studying the worst manifestations of evil in modern times made you feel hopeless about the future?

Robert Jay Lifton: No, I’m not a hopeless person. In confronting these issues, I’m expressing the possibility of alternatives. I feel we have the potential for evil behavior but also the potential for something better. I never expect quick results, but I feel that a scholar like myself has an obligation to be an activist. So I do these studies as an act of hope.

How do you cope emotionally with immersing yourself in atrocities?

My way of dealing with it is to not be overly single-minded about it. I say, with some whimsy, to my students and friends, “Don’t read this stuff after nine o’clock,” but I mean it with some seriousness. I need to pace myself like an athlete so that I have some sense of my limits. Another part is having a lot of love around and a life quite removed from the research. That doesn’t mean that it doesn’t remain with me and have its costs, but those are some of my ways of coping.

After studying Nazi doctors, you said that socializing people to do evil is relatively easy. But I feel I’d never do what those Nazi doctors, for example, did. Am I wrong?

You may be right. Socialization to killing is a grave danger, but that doesn’t mean it’s impossible to resist. It means that resistance takes an exceptional moral imagination, and here and there I’ve encountered that. In the case of the Nazis, much of the dirty work was done by people who weren’t fanatical ideologues. They were people who were brought into and adapted to an environment in which some kind of wrong was the norm. The ability to resist often had to do with understanding in advance what the Nazis were about, and therefore anticipating what an adaptation to them would entail.

During World War II you believed that the United States stood for progressive policies and decency in the world. Do you feel that now?

I grew up believing in my country and in the integrity and compassion of its leaders. That is no longer the case. it’s quite the reverse in terms of our leaders now. A democratic society can’t be absolute protection against extreme ideologies that can appear within it, and that’s what’s happening in our society. Having said that, I still love my country and recognize the opportunities I’ve been given to have an unusual career that could only occur here. I also have great hope for our resilience and for calling upon what Lincoln called “our better angels”—in this case, our more humane institutions to right our moral compass and turn things around. That’s what I try to work for.

In your book Superpower Syndrome, you explore how the beginning of the twenty-first century is characterized by “apocalypticism.” Can you tell me about that?

The apocalyptic impulse has to do with destroying much of the world in order to purify and recreate it in some sort of perfect form. Often we think of our opponents, like Bin Laden and others, as manifesting apocalypticism, but we’ve got our share of it at home. Some of the Christian radical right press for Armageddon—an end of the world so that the world can be recreated and Jesus can return. That sounds wild, but it’s not absent from the centers of power. There is also a secular apocalypticism on the part of people in high places who aren’t necessarily religious but who feel the need for American hegemony in the world and for the destruction of all that interferes with the reconstruction of the world in a perfect American form.

You say this idea of purifcation and renewal is the foundation of all totalitarianism.

Yes, all totalitarian societies are societies that call upon an apocalyptic idea that involves destroying all that is impure. Of course, they define what constitutes impurity in their own ways—communists might define it one way, fascists another way, and religiousus fanatics still another. But they all have in common the idea of recreating the world in some form of self-defined perfection.

You once said that survivors of atrocities go one of two ways. They either shut down and become incapacitated or they confront their experiences and derive insight from them. What is the insight survivors can potentially gain?

Usually, it has to do with suffering and evil. If survivors have the strength, they can draw upon their knowledge and find meaning in the destructive force. Then they can engage in a survivor mission toward helping the world avoid that kind of event again. A good example is Hiroshima survivors who have found a survivor mission by traveling around the world to warn people about what nuclear weapons can do. There have also been parallel examples of Vietnam veterans back in the 1970s who were able to reveal the truth about their war and take a stand against it.

There is no single reason. Partly it has to do with the environment that one returns to—how much it can nurture some quest for humane meaning or how much it may do the opposite and be itself involved with violence. It also has to do with one’s previous experiences—what one grew up knowing about war and peace and about threat and suffering. They might have had certain moral or religious principles to which they return. That’s why collective forms of knowledge or collective principles of morality—both religious and secular—have such enormous importance. They attract people toward expressing what is most humane in them individually.

I understand that your sense of ethics began in a secular form and has remained secular, but that it also has a spiritual component. Can you tell me about that?

I’ve worked closely with various anti-war and anti-nuclear Catholics, including the Berrigan brothers, and I’ve worked similarly with anti-war and anti-nuclear Protestants and Jews, many of them religious leaders. I find in common with them a passion to oppose destructive behavior and prevent suffering. That passion has a spiritual component that stays with me. it becomes inseparable from my activities and my writings, but it has never been part of a religious belief system. Some of my friends feel that as a Jew I’m expressing certain Jewish principles, but I am a secular Jew and so if I am expressing Jewish principles, they are something that is in me rather than part of an idea structure.

How has your research taught you to live your own life?

You’d probably have to ask my family! But I’d like to believe that the experiences I’ve had with my research have deepened my dialogue with people in general and with young people in particular. I recognize the vulnerability and extraordinary power of the young.