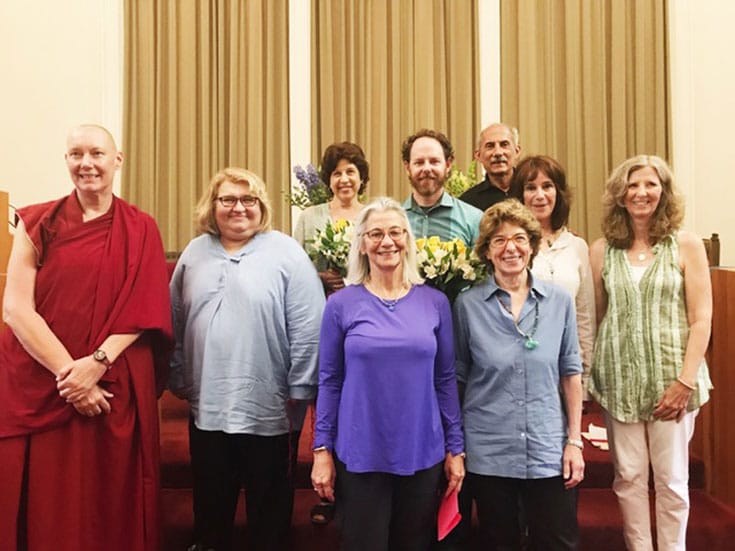 About the event, InsightLA writes:

Sharon shared some thoughts on what it’s like to “formally” become a teacher and Trudy spoke to the community about each teacher’s training, path and contribution to both InsightLA and to social justice in the community at large.

Each teacher lit their small candle from the big candle on the altar and held it while they shared their teaching aspirations.

Venerable Tenzin Chogkyi, Director of the Vajrapani Institute and one of Cayce’s heart teachers, closed the “beautiful, love-filled ceremony” with Shantideva’s Bodhisattva Prayer, beloved by the teacher who ordained Tenzin Chogkyi, His Holiness the Dalai Lama:

With the wish to free all beings
I shall always go for refuge
To Buddha, Dharma, and Sangha,
Until I reach full enlightenment.

Inspired by wisdom and compassion,
Today, in the Buddha’s presence,
I generate the mind of full awakening
For the benefit of all sentient beings.

As long as space remains
As long as sentient beings remain
Until then may I too remain
To dispel the miseries of the world. 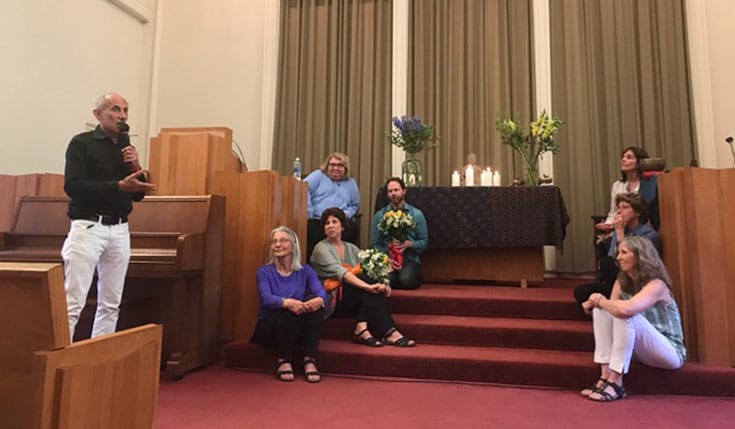 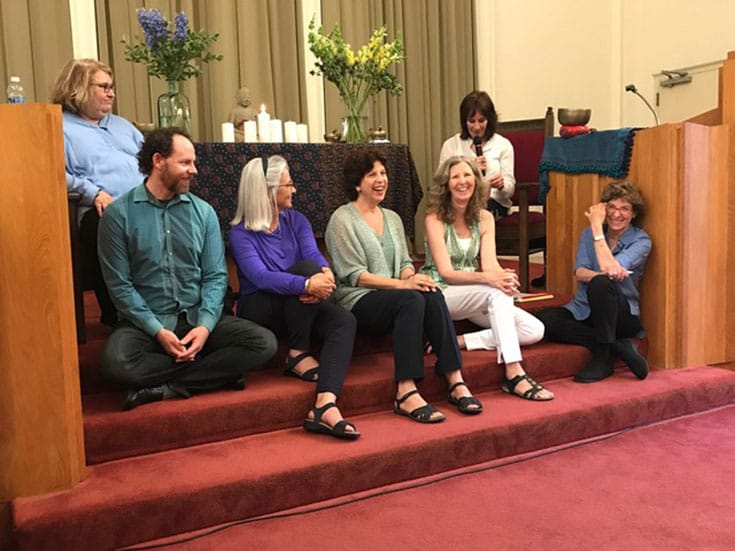