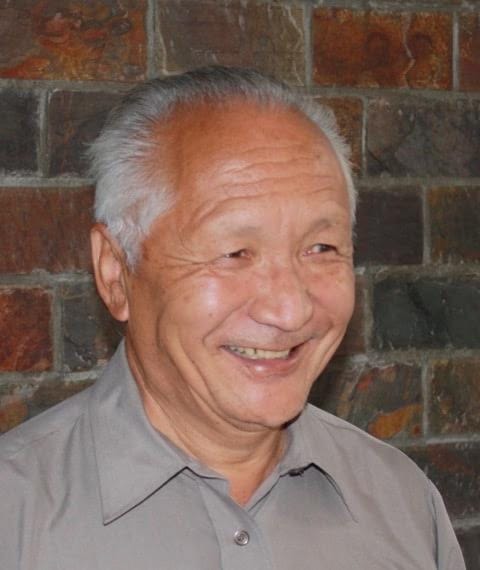 Rongae began studying thangka painting under his father, at the age of eight. In 1958, traveled to India, fleeing the Chinese occupation. In 1973, he traveled to America at the invitation of his friend and teacher, Chögyam Trungpa. In his biography, Rongae says he has painted about 1000 thangkas  over more than forty years. In 2007, he established the Shambhala Art School in India, to promote the waning ancient tradition of thangka painting.

In 2008, Sakyong Mipham, the head of the Shambhala Buddhist lineage, commissioned Rongae to create a thankga of the Shambhala lineage. The thangka was unveiled in Boulder, Colorado, in February of this year. At seven feet wide and ten feet tall, it is significantly larger than most thangkas. It depicts almost a hundred figures who represent the complete teachings of the Shambhala tradition, including, at the center, the first Sakyong, Chögyam Trungpa.

According to Shambhala teacher Adam Lobel, when Rongae presented the painting to the Sakyong, he began to weep and cry, and said that the thangka is his personal masterpiece. 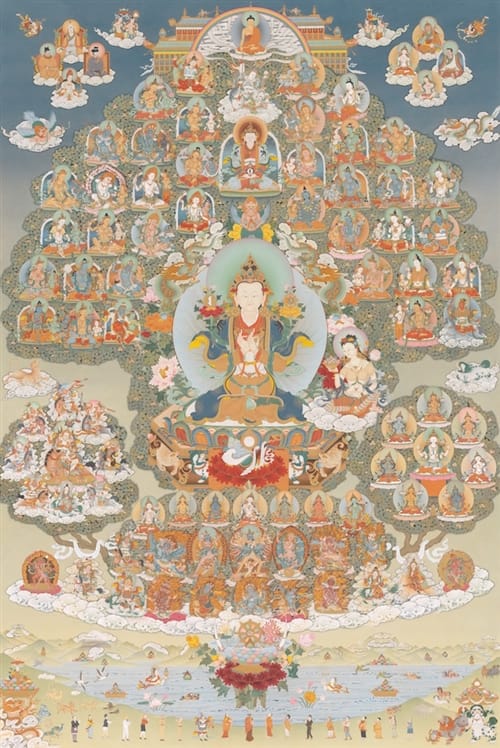 Recently, Rongae was in India to participate in funeral ceremonies for his late wife. While in India, he became ill and traveled to Delhi. During the trip, “a substantial sum of money” disappeared from his person. To cover Rongae’s medical bills and losses, Walker Blaine, the Sakyong’s master of liturgies, started an online fundraiser, which raised almost $20,000 in less than a month.