Days after the the two men who murdered Akong Rinpoche were sentenced to death, prominent Buddhists and friends of the victim are asking the Chinese government for mercy. 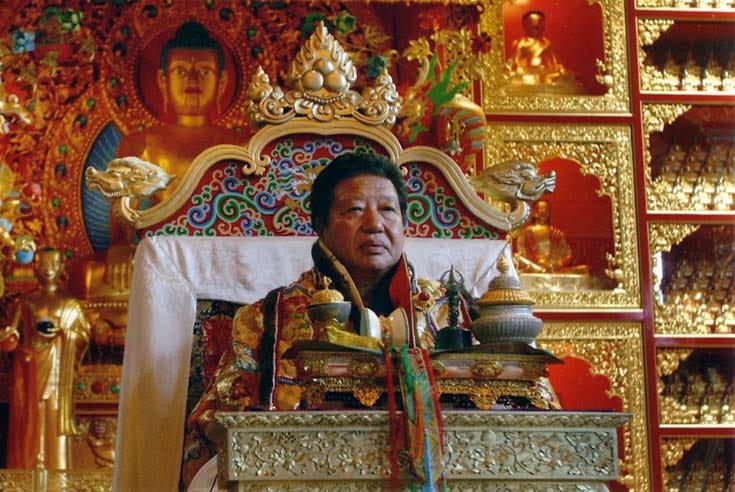 The day after the sentencing, Akong Rinpoche’s son posted a statement to Facebook:

If you forget everything I say, remember… – Akong Rinpoche Foundation | Facebook

If you forget everything I say, remember never to forget ‘ the greatest power is compassion’….Akong Rinpoche However hard I wished bad fortune to happen to the killers of my father, I always think about what my father would say to me. The above quote sums it all up.

Lama Yeshe Losal Rinpoche, Akong Rinpoche’s brother and the head of the Scottish monastery that he founded, published a statement calling for clemency shortly after his brother’s death. “I would like to let our dharma friends, who wish to do something for my brother and me, know that this is the time for forgiveness,” he wrote.

The Herald Scotland reported that the Karmapa, the head of the Kagyu school of Buddhism, to which Akong Rinpoche belonged, and the British Embassy in China also requested that the death penalty not be used. Said the embassy in a statement, “The British government maintains its longstanding opposition to the death penalty, and has formally communicated this to the Chinese government during the course of the trial.”

Joe Taylor – Thanks to my friend and teacher Akong… | Facebook

Thanks to my friend and teacher Akong Rinpoche who enabled a change to take place he somehow helped me to remove the obsession to use drugs and alcohol ….

Read more in this story from The Herald Scotland:

FAMILY and friends of the murdered Tibetan monk who founded a world famous Scottish Buddhist monastery have appealed for clemency after the two men responsible for his killing were sentenced to death in China.