Together with our friend, author Lodro Rinzler, Lion’s Roar is bringing you weekly selections from Shambhala Publications’ Under 35 Project, which collects writings from younger practitioners. In this week’s selection, Jenna Hollenstein explores how and why she quit drinking, and came to realize that alcohol was just one of many distractions she was using to remove herself from the present moment.

Lodro says: “Jenna’s story is inspiring as it’s a genuine yet playful investigation into her own layers of habitual patterns; this is something we all could benefit from doing more fully!” 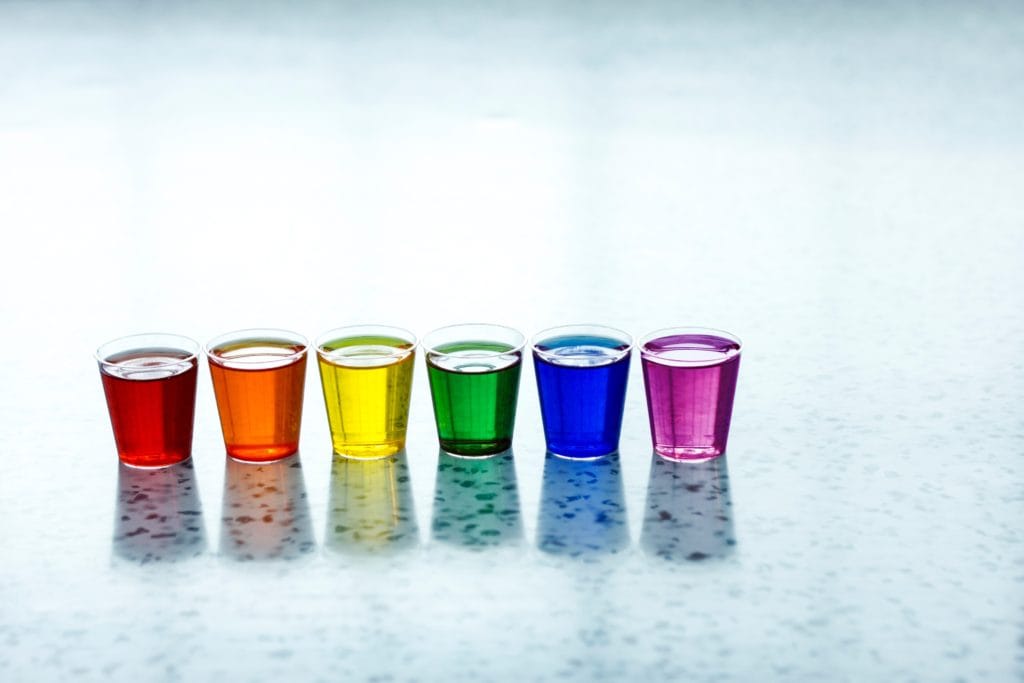 You know the moment you realize you are scared or anxious but don’t know why? You might check your wallet, confirm the oven is off, or scan your calendar for forgotten appointments. Maybe you retrace the rapid-fire sequence of your thoughts searching for the origin of your discomfort but can’t identify anything in particular. In Breakfast at Tiffany’s, Holly Golightly calls it the mean reds: Suddenly you’re afraid, and you don’t know what you’re afraid of.

I used to have these moments all the time. Sitting at my desk on a workday, I would feel an overwhelming sense of anxiety and restlessness. At first I thought it was just my crappy job or that I was in the wrong place at the wrong time. But even if I changed environment, the feeling persisted.

This wasn’t a recent phenomenon. As a child, I had a recurring sense of dread, impending doom, something about to go wrong. My melodramatic teenage self would have said I was cursed. Depression, anger, and good old-fashioned too much sleep were how I dealt with these feelings of uncertainty and anxiety.

I began drinking at thirteen and discovered I excelled at it. By early adulthood, drinking became more socially acceptable and, for me, more frequent. I found I could avoid the mean reds, if only temporarily, by picking up a bottle of wine from the local liquor store on my way home.

As soon as I walked in the door of my apartment – before even taking off my shoes – I was in the kitchen, peeling back the foil, easing out the cork, and pouring a glass of wine. My favorite moment was as I raised the glass to my lips, before even taking the first sip. In that moment, there was calm. Predictability.

The problem was, that moment never lasted. Once I started drinking, I could never quite attain the relief I sought; it was always just out of reach – maybe with the next glass? – or already in the past – why didn’t I stop at one? Before I knew it, the bottle was empty, and there was little to do but shuffle off to bed. Another night wasted (literally) and I had never identified the source of my discomfort, let alone dealt with it.

While my relationship with alcohol assumed many identities – the party girl who was always up for a cocktail, the dietitian who studied the benefits of red wine as part of the Mediterranean diet, the foodie who never failed to pair a tasty morsel with its appropriate adult beverage – it always served the same purpose: to distract me from the anxiety and uncertainty of the present moment.

At the same time, an intuitive curiosity was growing about what was really going on. What were these fearsome feelings? Why was I avoiding them by anesthetizing myself? And what else might I be missing by doing so? Eventually, I realized I had a third choice: to stop drinking even if I never identified as an alcoholic. And four years ago, I decided to try life without alcohol.

Right after I stopped drinking, life became very challenging. Most everything else had remained the same, only now I was facing it unmedicated. Without the distraction of drinking, I felt the discomfort I had tried to avoid.

I also realized I had accumulated other distractions, things my crafty brain had commandeered to remove myself from the present moment. Shopping, overeating, useless (or harmful) relationships, or simply watching trashy television served much the same function alcohol had.

Gradually, I peeled back the layers of these accumulated distractions as well. By taking a year off from shopping, by asking myself whether I was eating out of physical or emotional hunger, and by challenging my tendency to turn on the idiot box to zone out, I found at the core my most familiar and disturbing distraction: obsessive, neurotic, discursive thoughts about the past and the future. They were an addiction in their own right and the final layer standing between me and my experience of the present moment.

Whether obsessing over the past – replaying some perceived mistake or trying to reframe an uncomfortable event in order to feel better about it – or creating scenarios of the future – imagined conversations, “what if” fantasies – I never let myself rest in the present moment. I just couldn’t sit with it. And as disorienting as these discursive thoughts of past and future were, I had an allegiance to them, their familiarity and apparent solidity.

A few years after quitting drinking, I decided to try meditation. The two were similar in that they spent an extended period on my self-care to-do list and that they used to live on the other side of an immense (imagined) hurdle. Reading Susan Piver’s The Wisdom of a Broken Heart finally broke through my resistance. Piver discusses the surprising power inherent in heartbreak and how meditation can help you stabilize in the open state. I’ll have what she’s having, I thought to myself.

Early on, my meditation practice consisted of 5- to 10-minute sessions. At first it was impossible to maintain awareness on the breath. I was inundated with swarming thoughts, always related to the past or future, and felt lucky to maintain breath awareness for a mere three or four exhales.

I found a meditation instructor who was essential to making this a regular practice. Her concise instruction and intuitive guidance allowed me to be gentle with myself, to accept whatever arose on the cushion, and to continue returning awareness to the breath. Each time a thought swept me away, I could begin again. Gradually, I worked up to 15- or 20-minute sessions.

At first I thought meditation was a panacea, that it would provide the long-term relief from discomfort that alcohol and other distractions failed to, but soon I realized it was more complicated than that. Off the cushion, I began to notice small differences. Situations in which I would have immediately reacted angrily or defensively provided an opportunity for reflection and thoughtful response. At the same time, I felt more open, empathetic, and vulnerable.

After some months, I fell off the dharma wagon. Sitting had become less consistent, my increased feeling of vulnerability was confusing, and I wasn’t sure why I was doing it anymore. My meditation instructor suggested I incorporate study into my daily practice. Pema Chodron’s The Places that Scare You was the first book I picked up; I had begun to read it years earlier but put it down because I wasn’t ready to meditate and therefore couldn’t fully identify. Her practical wisdom was instantly apparent: beginning with page 1, I was nodding and underlining passages; it was as if I already knew the things she wrote but just couldn’t articulate them. Once I devoured every Pema Chodron and Susan Piver book I could put my hands on, I moved on to those written by Chogyam Trungpa and Sakyong Mipham, who further explored the intersection between the why and the how of sitting meditation.

Reading the dharma and sitting now feel as essential to my daily routine as running and showering. Could I get by without them for a day or more? Yes, but my experience of the world (and the world’s experience of me) wouldn’t be nearly as pleasant. Through this practice, I have learned to allow some space into my life without needing to fill it with things that might have short-lived, surface appeal but that actually distract me from what is happening right now. Subtly, my allegiance for distractions has shifted to the gaps that arise if I let them. I have also learned that the predictability I sought in a bottle is no more likely to be found on a meditation cushion. But it is possible – and perhaps the most important skill one can learn in life – to become more comfortable with that discomfort.

When I find myself dwelling in the past or creating some scenario that will never materialize in the future, I practice returning my attention to the breath, to the present. I recognize the moments in which I used to reach for a drink, moments in which I wish to separate myself from the discomfort and uncertainty of the present. Instead, I sit with that discomfort. Look at it. Watch it rise and fall.

In Cutting Through Spiritual Materialism, Chogyam Trungpa writes, “Surrendering does not involve preparing for a soft landing; it means just landing on hard, ordinary ground, on rocky, wild countryside. Once we open ourselves, then we land on what is.” Whether seated on my cushion or out in the world, as life unfolds around me, I practice resting in the moment, in what is. And whatever arises, I return my awareness to the breath, and begin again.