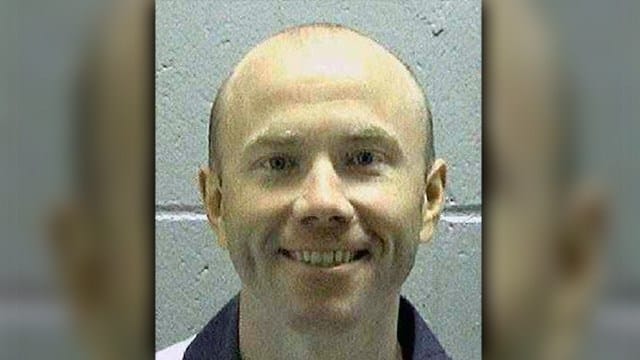 Jampa Pawo, a member of the Atlanta Shambhala community, was executed on the evening April 27. In a final statement, according to the Associated Press, Pawo apologized to the family:

‘I would like to say I’m sorry to Mrs Moss and the family,’ Lucas said when given a chance to make a final statement.

A.P. reported that, after the lethal injection began, Pawo appeared to close his eyes and say another prayer, before lifting his head to look at a woman in the witness area. He was still within minutes.

Pawo’s lawyers had made a request for clemency to the State Board or Pardons and Paroles — based on his difficult childhood — and a request to the Supreme Court for a last-minute stay — based on his age at the time of the crime. Both requests were denied.

Pawo practiced Buddhism for much of his time in prison. He wrote for the Shambhala Times about how his practice has supported him through his incarceration. Norma Harris, from the Atlanta Shambhala Center, writes that Sakyong Mipham, Pema Chödrön, the Dalai Lama, and Lama Zopa Rinpoche all said prayers for Pawo, and Chödrön has recommended that Pawo’s friends read a passage from The Tibetan Book of the Dead and practice tonglen. The Atlanta Shambhala Center is accepting donations for Pawo’s funeral expenses. (The center’s online donation site notes to please add “Jampa Pawo Sukhavati” in the comments field to designate the purpose of your contribution.)

Pawo was convicted for the 1998 murder of a father and his two children, who interrupted Pawo and accomplice Brandon Joseph Rhode while they were burgling the family’s home. Pawo was 19 years old at the time. According to the Associated Press, “Lucas’ lawyers have said his childhood was plagued by drugs and violence. They say he’s been reformed in prison and should be spared.”

Read Pema Chödrön’s instruction on how to practice tonglen:

Tonglen: Bad In, Good Out