The Buddha was carved from a massive high-quality jade boulder unearthed in Canada in 2000. 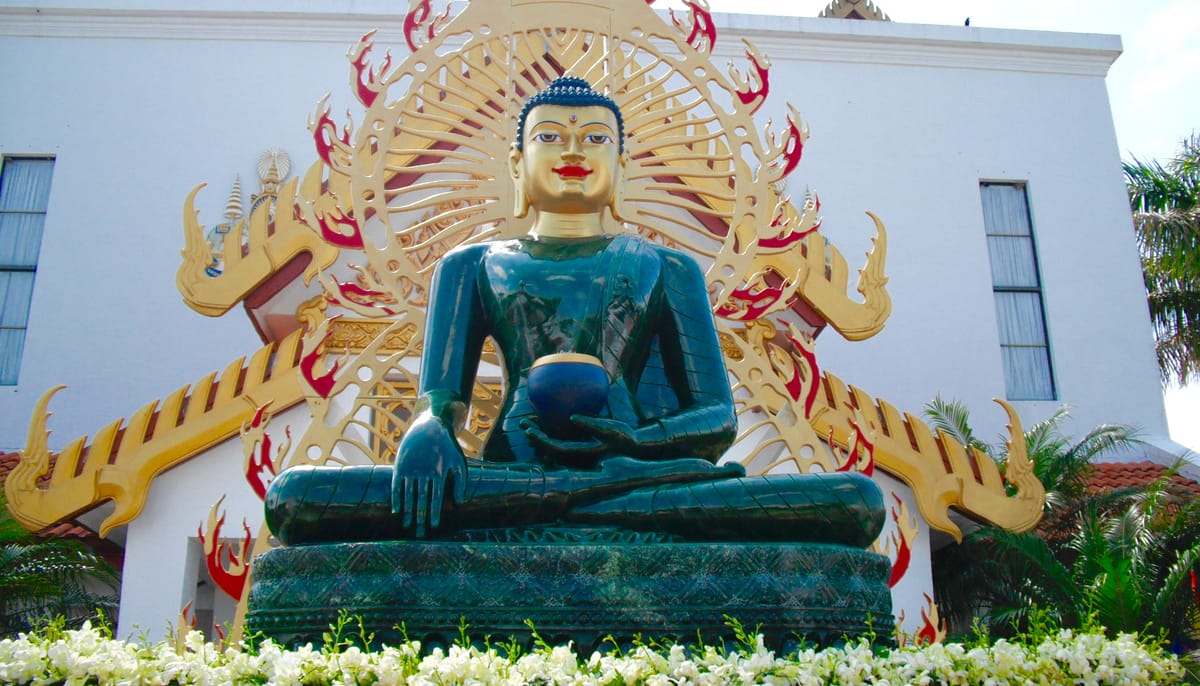 After almost a decade-long journey around the world, a giant Buddha carved from a single piece of jade has arrived home at the Great Stupa of Universal Compassion, near Bendigo, Australia.

The Jade Buddha of Universal Peace was carved from an 18-tonne boulder discovered in Yukon, Canada in 2000. Ian Green, chairman of the Great Stupa, purchased part of the boulder in 2003 after his main teacher, Lama Zopa Rinpoche, told him the nephrite jade rock would become “a holy object to offer the world.”

Crafters in Thailand then spent five years cutting and shaping the jade with diamond saws and chisels before sending the Buddha on a world-wide fundraising and awareness tour.

Originally scheduled for six months, the tour was extended to nine years due to the Jade Buddha’s popularity. While on tour, it was viewed by an estimated 11.5 million people. After visiting 125 cities and 21 countries, the Buddha arrived at Great Stupa last week — just in time for the monastery’s Illumin8 Festival, an annual light celebration of peace and harmony.

“To see it completed and in the place designed to have it on display, it’s like a dream,” Green told the Bendigo Advertiser.

A forklift and a crane were required to position the four-tonne Jade Buddha on an alabaster throne inside the Great Stupa. Costing $20 million to build, the Great Stupa is the largest stupa in the Western world at 50 meters high and 50 meters wide.

A smaller statue of Green Tara, the female embodiment of the Buddha, was carved from an offcut of the same boulder. The statue has been traveling alongside the Jade Buddha, and also now rests in the Great Stupa.

The whole project, from purchasing the boulder to arriving in Bendigo, has taken 15 years to complete.